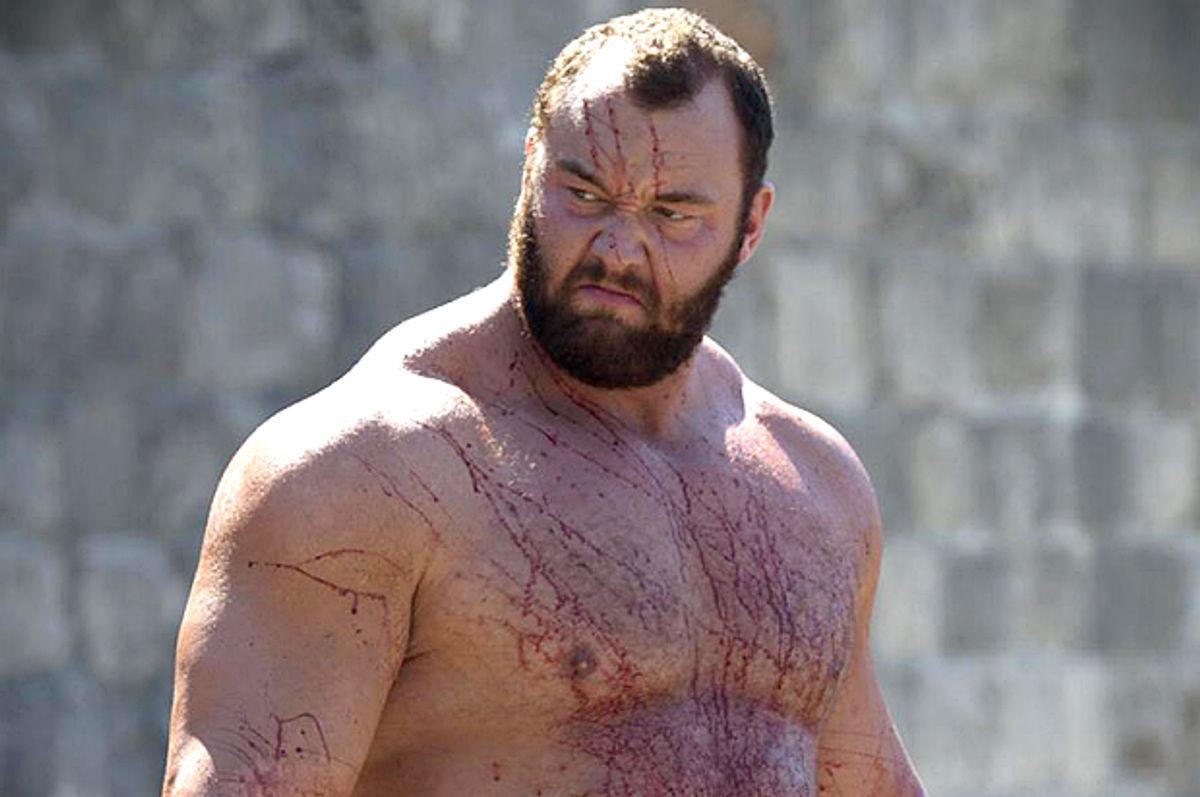 One of the media’s favorite things to do is post slideshows of what the “Game of Thrones” cast looks like in real life, to remind us that as real as Westeros may seem, Emilia Clarke isn’t actually a white-haired dragon lady, Lena Headey's wardrobe isn't made up entirely of red brocade, and Nikolaj Coster-Waldau still has both hands. Alas, while it’s fun to see the gang in real people clothes, it’s also always a little disappointing to have the myth stripped away.

Which is why we are so darn obsessed with the online presence of one Hafthór Björnsson — aka, Gregor "The Mountain" Clegane. Turns out those bulging abs are no CGI trick: The man has distinctly mountain-like abilities in real life. After winning Europe’s Strongest Man competition in the summer, yesterday, Björnsson followed up by being crowned the victor in the World’s Strongest Viking competition -- Norway’s stop in the World’s Strongest Man tour -- which involved carrying a 30-foot, 1,433-pound log five steps and breaking a 1,000-year-old record. That's right: The last time someone carried a log even close to this far was legendary Icelander Orm Storulfss, approximately 1,000 years ago, who managed just three steps before his back broke.

The Mountain, recently spotted smushing Oberyn Martell's head like a ripe grapefruit, had no such difficulty. As he said on Instagram: "My back held up fine!! As I'm on my way to my ultimate goal to win The World's Strongest Man! NOTHING CAN STOP ME!! NOTHING CAN BREAK ME!!"

Tywin Lannister would have been proud.