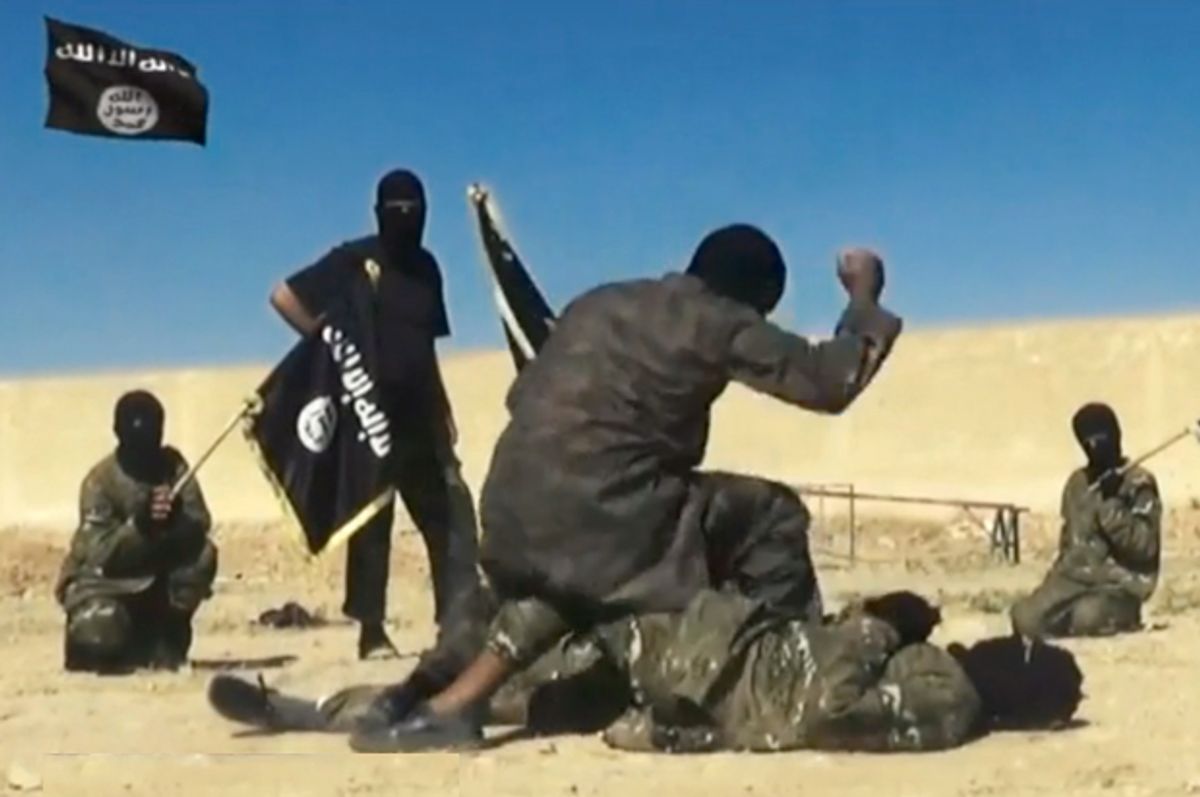 One day after the Islamic State released a video showing the execution of a Jordanian pilot, the United Nations laid bare another horrific aspect of the militant group's campaign of terror, describing how the group's exploitation and murder of Iraqi children.

According to the U.N. Committee on the Rights of the Child, the group, also known as ISIS or ISIL, has abducted youth as sex slaves and killed others, by such methods as crucifixion and burying them alive. Reuters summarizes the committee's findings:

"We are really deeply concerned at torture and murder of those children, especially those belonging to minorities, but not only from minorities," committee expert Renate Winter told a news briefing. "The scope of the problem is huge."

Children from the Yazidi sect or Christian communities, but also Shi'ites and Sunnis, have been victims, she said.

"We have had reports of children, especially children who are mentally challenged, who have been used as suicide bombers, most probably without them even understanding," Winter told Reuters. "There was a video placed (online) that showed children at a very young age, approximately eight years of age and younger, to be trained already to become child soldiers."

The committee condemned "the systematic killing of children belonging to religious and ethnic minorities by the so-called ISIL, including several cases of mass executions of boys, as well as reports of beheadings, crucifixions of children and burying children alive."

Last summer, the Islamic State executed 500 members of the minority Yazidi sect in Iraq, with Reuters reporting that the group had buried some of the victims, including women and children, alive.

In September, the United States launched a bombing campaign targeting the Islamic State in Iraq and Syria. U.S. intelligence officials told the Daily Beast this week that since the U.S. began bombing Islamic State targets, an estimated 4,000 new fighters have joined the group.