We can't believe we have to explain this: Wash your f***ing hands 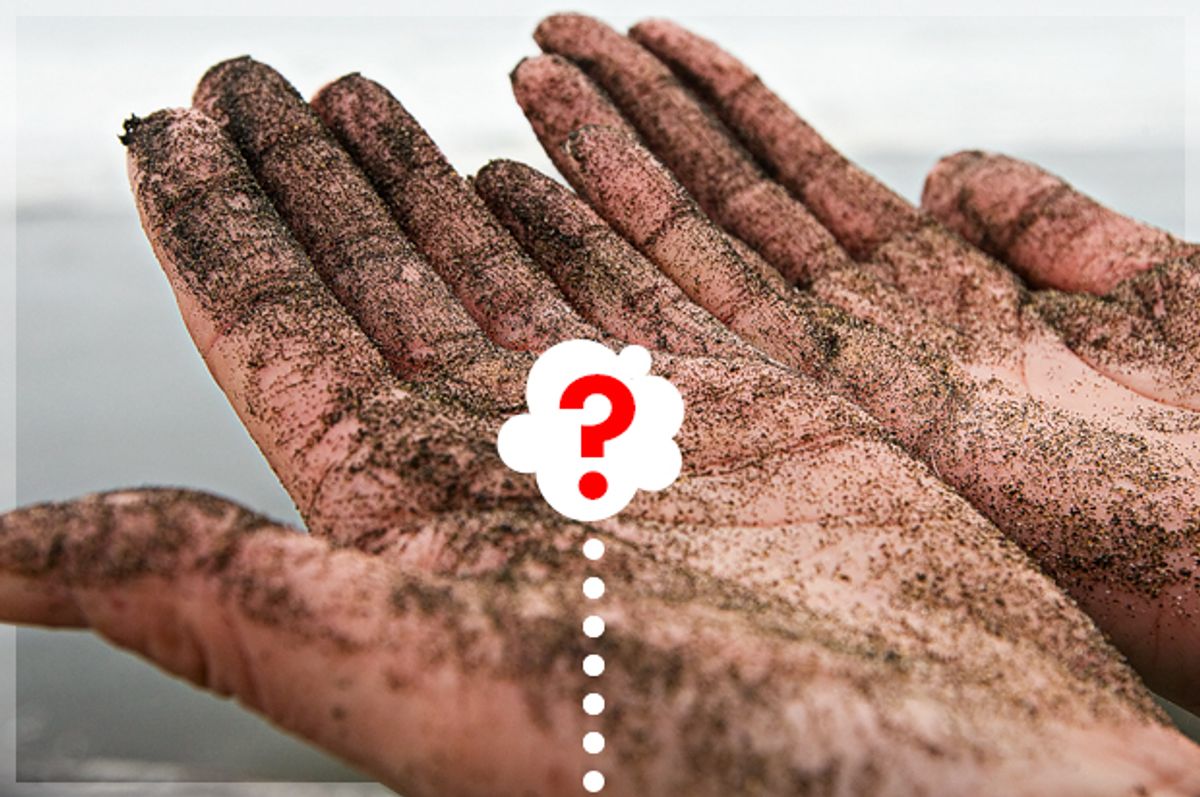 With the 2016 elections (sort of) almost upon us, everything's up for debate. Literally, everything -- basic scientific facts aren't safe, and neither, it turns out, is basic common sense. So, as a refresher to politicians: human activity is driving climate change, parents really need to vaccinate their kids and, yes, it's very important that restaurant employees wash their hands.

Welcome to Salon's new series: "We can't believe we have to explain this."

This week, Sen. Thom Tillis (R- NC) came out in opposition to regulations requiring workers to wash their hands after using the bathroom. “I don’t have any problem with Starbucks if they choose to opt out of this policy as long as they post a sign that says we don’t require our employees to wash their hands after leaving the restroom," Tillis recalled telling someone during a conversation about regulatory reform. "The market will take care of that."

Would market forces eventually force a such a restaurant to close? Probably. Would they manage do so before it became a hotbed for infections spread through the fecal-oral route? It'd be better if we didn't have to find out.

To further understand why hand washing is so vital to public health — and again, we cannot believe we have to explain this — Salon got in touch with Elaine Larson, an associate dean of research at the Columbia University School of Nursing and one of the world's leading experts on hand washing techniques. Seriously: when the World Health Organization set out to prepare global hand washing guidelines, they called her in as a consultant.

It turns out, good hand hygiene is "the best way to prevent food-borne illness," Larson told Salon -- and most of us are actually doing it wrong. Our conversation, which has been lightly edited for length and clarity, follows:

It seems silly to even have to ask this, but I was hoping you could explain why hand washing is so important, especially for food workers.

Many, many kinds of infections are spread by what we call the fecal-oral route. Basically, any gastrointestinal-type infection is usually spread to other people on hands, because you go to the bathroom, and then if you don't clean your hands, you've got the same germs on your hands -- and then you either shake hands, or you prepare food. So hand hygiene is the best way to prevent food-borne illness, in general, besides just having good sanitary disposal, etc. But it's absolutely vital, particularly for infections such as hepatitis, salmonella or shigella that are spread by the fecal-oral route -- cleaning your hands is pretty much the best basic way.

I've seen some research to suggest that workers should wash their hands more often than just after they use the restroom, but also before they prepare food, after they prepare raw meat, or anytime they touch their bodies at all.

That makes sense, although most food workers do wear gloves when they're preparing food. That is terrific. You should still clean your hands, because gloves get holes in them and so-forth. It only makes sense that anybody preparing food that somebody else is going to put in their mouth has to have clean hands, either by hand washing and/or wearing gloves.

So basically the context for this is that a senator, in making the case for regulatory reform, is arguing that he doesn't think restaurants should be required to have signs saying employees must wash their hands.

Well, I don't agree. I mean, nobody's going to stand in the bathroom and arrest somebody if they don't wash their hands. But there is some research to show that if you have reminders or cues around, you're more likely to do it. So I think it's a good idea to have signs.

It is odd to me, sometimes, when I'm in the restroom and the sign says the workers should be required to wash their hands -- I'm thinking, what about the rest of us? We should be doing the same, right? I don't think it's a legislative issue, but it might make more sense to say "All customers and healthcare workers are expected to wash their hands to prevent transmission of disease," or something like that. Maybe something nicer.

For people who do decide to wash their hands, do you have recommendations for best practices?

Most people do it wrong. Most of the time when you wash your hands, you rub your palms together, right? But the place where you pick up the most germs is in your fingertips. So the main thing that people do wrong is they don't cover all the surfaces of the hands. They just sort of rub their palms together, when in fact, part of the importance of hand hygiene is the friction. So the important thing is to provide friction, especially to the fingertips, because when you're using plain soap and washing your hands, most of the germs are not actually killed -- they're just mechanically removed and washed down the drain.  That's different than hand sanitizer with alcohol, which actually does kill germs.

There's some debate over which is better -- antibacterial hand sanitizer or washing your hands with soap and water. Do you fall on either side?

No, I think it depends on the purpose. If you're in a restaurant or you're a food worker, for example, the main thing you want to do is remove the germs that you pick up from food and from other people. We all have bacteria on our hands -- thousands in fact -- but most of the time, for hand washing in the public, it's just to get rid of things that you might have picked up inadvertently: norovirus, or other viruses and bacteria. For that, plain friction -- washing with soap and water -- is absolutely fine. In fact, if you don't have soap, even just using water and washing your hands and then drying them with a paper towel removes most of the germs that you pick up.

If you're in a place where maybe you don't have access to clean, running water and soap or clean towels, then you can carry hand sanitizer in your pocket and just use it. And actually, one application of the alcohol hand rinse, if you keep it on your hands wet enough for awhile, is it is much better for killing germs than hand washing. But you don't need that unless you're not in a place where you can get soap and water.

It sounds to me like what we really need are more detailed signs explaining how to do all this.

I don't know, there are a lot of nice visual aides that you can use for showing how to use hand hygiene -- that's not a bad idea. I'm not sure how much time people would spend on it, but you know, there is a lot of stuff that's available for schools. Probably that same thing could work quite well.