Against being "sponsored": I never wrote less than when my boyfriend supported me

Letting a guy foot the bills completely ruined my work ethic. I finally became a writer when I paid my own way 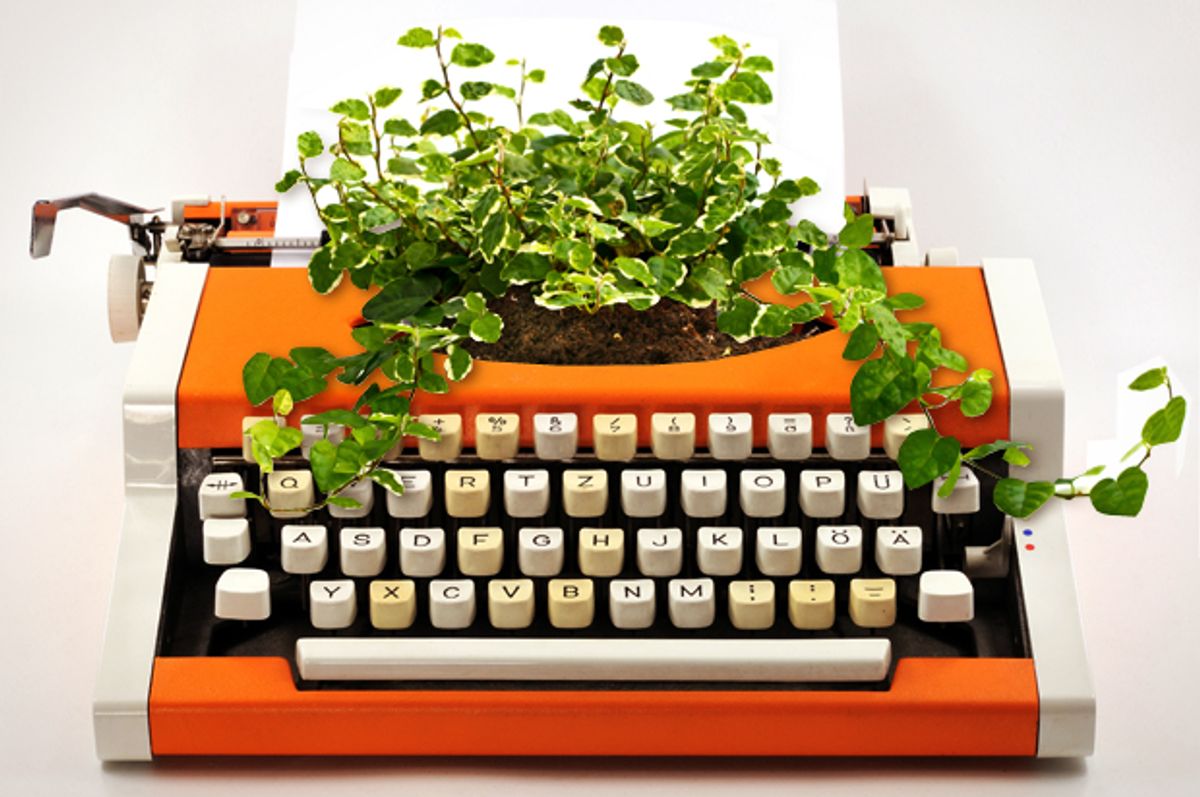 The elliptical machine pinged that my course was completed, and I started to climb off, feet numb from an hour in the pedals. But then I noticed the time — 1:30 in the afternoon — a full hour and a half before “Days of Our Lives” came on in San Francisco and at least another five until my boyfriend made it back to Pacific Heights. I thought of my laptop on the slim black desk in the apartment we were renting, thought of the legal pads of my illegible notes for the novel I was supposed to be writing. Refilling my water bottle, I got back on the machine for another 60-minute cycle.

I wasn’t actively trying to lose weight (for once), and before that summer I hadn’t watched “Days” in the decade since junior high (weirdly not much had changed for Marlena and John), but these were the anchors around which I planned my life that summer, even though I was supposed to be using the time to write … even though my boyfriend was handling all the bills so I could do that.

Recently, I read a Salon essay by Ann Bauer, a novelist who said she can only afford to write because her husband supports her. My reaction was weirdly visceral. I felt itchy, found myself saying “No, no, no” to no one in particular. Though I appreciated the candor of her personal story, my own experience as a partner-funded scribe was dramatically different. Never in my life have I been less productive than during the six months I allowed my boyfriend to support me. Never have I been more unsure about who I am or felt less like a writer.

My boyfriend and I were both graduate students (creative writing in Ohio for me, law school in Texas for him), and in the months before our final semesters, he landed a prestigious associateship at a huge law firm in San Francisco. Though it hardly made us 1 percenters, the pay was a stupendous amount of money for two people used to living on stipends and fellowships.

“You can just write.” He smiled, and made arrangements to sublet an apartment in an old Victorian house with a view of Alcatraz; the place had a price tag galaxies out of my range.

Friends from my writing program were jealous and amazed — no summer teaching! No waiting tables! But I couldn’t shake the sensation that even though my boyfriend and I had been together since high school and had long since lost track of who paid for what, this was a tectonic shift.

Still, I tried to be optimistic as I read tales of Mission-style burritos and Lombard Street and packed a suitcase full of sweat shirts for the temperate climate all the guidebooks warned about. And our hilltop apartment proved just as lovely as in the pictures. But each time I took a notepad out to the wrought-iron table and chairs in the little private courtyard or flipped open my computer on the couch, I was rabbit-punched by crippling dread.

So I went to the gym or watched the detergent and orange juice adds during daytime TV. I walked up and down the epic hills in those hooded sweat shirts, always chilled in the damp air, and then I’d sit in the claw-foot tub until my fingers pruned. Like a dog anticipating an owner’s return, I’d wait by the door for my boyfriend to get back from work. But then I was oddly quiet, even as he asked about my day and if I had gotten “good work” done. As if my lack of financial contribution silenced me, I’d shrug.

“What’s wrong?” he asked during the first few weeks; eventually he accepted my raised shoulders as an answer and became quiet, too.

Young associates at the firm were tasked with wining, dining and convincing my boyfriend to sign on after graduation. They treated us to five-course French tasting menus and box seats at AT&T Park, where Barry Bonds hit homers into the Bay. The wives (there were plenty of female associates at the firm, but it was young men with artistic significant others who were assigned to us) had sleek haircuts and ivy coated educations, though none of them worked in their fields of study. Instead they pursued their passions, even as they hedged their introductions with prior qualifications. “Well, I’m a actress now, but I met my husband when we were both at Yale law.”  “I got my MBA from Wharton, but now I’m working on a short story collection.”

I have no doubt that some of these women had both massive amounts of talent and determination, but I didn’t believe a single one of them. I believed myself even less and stopped talking about grad school and writing and started flippantly telling people, “I do nothing!”  To me, we were pretty pets with adoring owners.

Because we had the money, my boyfriend tried hurling it at the problem. Day trips to Monterey and the redwood forest and longer vacations to Europe and Mexico. We ate triple chocolate cakes at posh restaurants; each bite washing away a little more of that hunger that had been driving me to write since I was a child.

With a freshly Windexed clarity, our whole life stretched before me. A beautiful life, with travel and artwork. With security and warmth, and a calm serene space for me to write. And it just made me feel itchy.

Maybe things would have been different if my boyfriend had been with me because I was a writer and not in spite of it. Loved me because he’d stumbled across a short story I’d written in an obscure lit mag and felt he had to track me down and tell me that it had made his world a little more something. But that wasn’t the case; my writing was important to him only because it was important to me and he wanted me to be happy.

I certainly never viewed writing as a vow of poverty, and during “Rent,” I found myself so sick of the aspiring performers that I rooted for the landlord. But I knew I would never write anything in that beautiful life.

Our relationship didn’t survive long after our time in San Francisco. My boyfriend took one of those crazy zillion-hour-a-week giant firm jobs, and, against the better judgment of everyone I knew, I moved to Manhattan on my own with no job and no money. To pay the bills — such astronomically ridiculous NYC bills — I washed the glasses after wine tastings at a spirits magazine, I stalked celebrities for the National Enquirer, I called doctors to set up conference calls for some pyramid-scheme phone service I never fully understood. I worked harder and longer hours than I ever had before, yet I still found time to write. As I waited for the wine critics to finish their flights, during down times of Jennifer Aniston stakeouts, and into the wee hours of the morning, I wrote. Within months, I’d finished the novel, found an agent, and sold the book at auction.

After nearly a decade, my second novel came out this month. But I don’t blame the lag on the fact that I worked as a magazine writer and editor. We can probably chalk that up to the three projects I nearly completed, but then set aside. In fact it was actually working more to help support newly acquired human and furry dependents that pushed me to finally finish the project.  Indeed, I find myself getting twitchy when my husband suggests that perhaps I cut back hours to have more writing time.

Maybe someday, I’ll be able to step back and accept that sometimes time to write is simply a gift from a loved one. Clearly I’m not there yet.