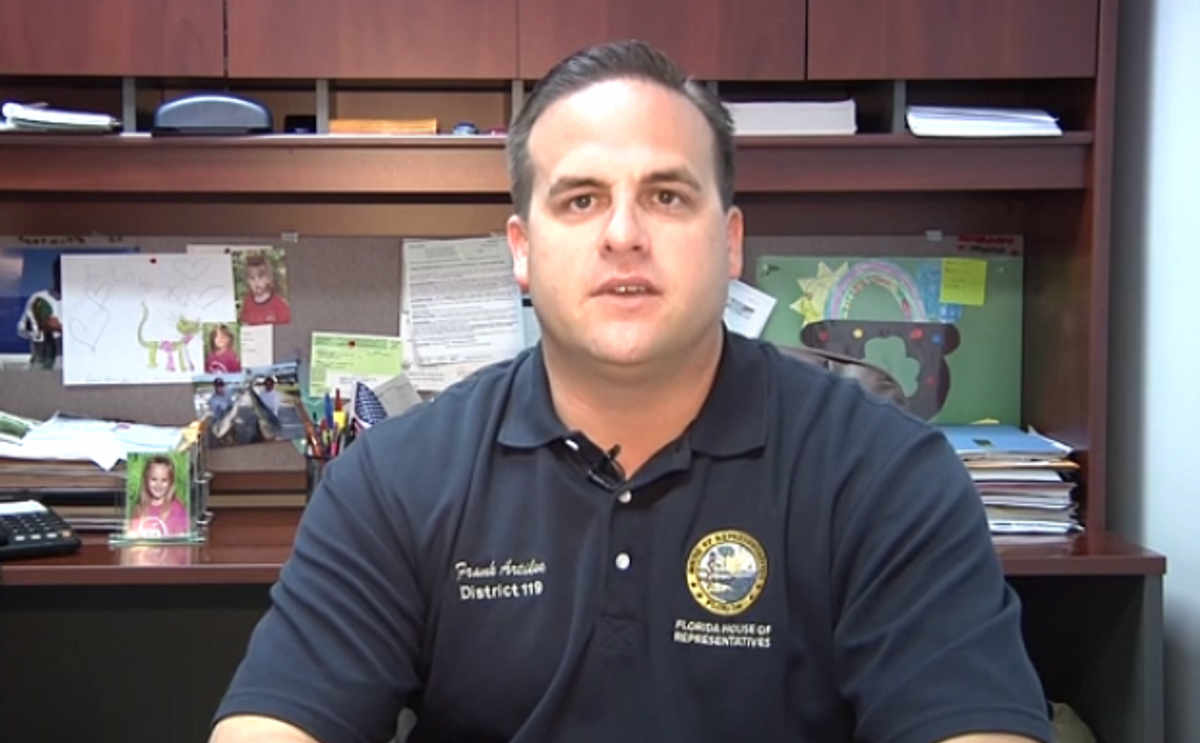 A Republican state legislator in Florida has introduced a bill that would prohibit transgender people from using facilities that correspond to their gender identities, legislation rooted in thoroughly debunked fears that allowing trans people access to such accommodations would lead to sexual assault and violations of privacy.

The bill, introduced by Miami-area Rep. Frank Artiles, purports to "secure privacy and safety for all individuals using single-sex public facilities" such as restrooms, locker rooms, and fitting rooms. Positing that such spaces are vulnerable to such crimes as assault, battery, and rape, the legislation requires people to use only facilities that match their assigned sex at birth. That means even post-operative trans people -- those who have undergone full sex change operations -- would be forced to use facilities that aren't in accordance with their gender identities.

Claims that trans-inclusive facilities are at increased risk for sex crimes are hardly new. Indeed, they reliably appear whenever LGBT non-discrimination policies come up for public debate. The transgender bathroom myth has been peddled by figures like the Family Research Council's Peter Sprigg and potential 2016 presidential candidate Mike Huckabee. The myth can take a number of forms: Some inaccurately suggest that transgender public accommodations protections would allow, say, a cisgender male (someone born and continuing to identify as male) to use a women's restroom if he so wished, while others purvey the bigoted idea that transgender people would exploit such protections to commit sex crimes or otherwise violate the rights of other facility users.

Persistent as the myth is, it's utterly baseless.  Law enforcement officials, sexual assault victims’ advocates, and civil rights commission employees in states that have gender identity protections attest that the myth has no factual grounding -- not one reports even a single instance of assault or other crimes due to transgender facilities protections in their states. Instead, these experts assail the myth as "beyond specious" and point out that insofar as theres's a problem with sex assaults, it's in the well-documented fact that transgender people are disproportionately targeted for such crimes.

Legislation like Artiles' relies on ignorance of such facts. His fellow lawmakers would be well-advised to avail themselves of those facts before writing discrimination into law.