Pressed to offer a different path, top Republicans provide one -- and it isn't pretty 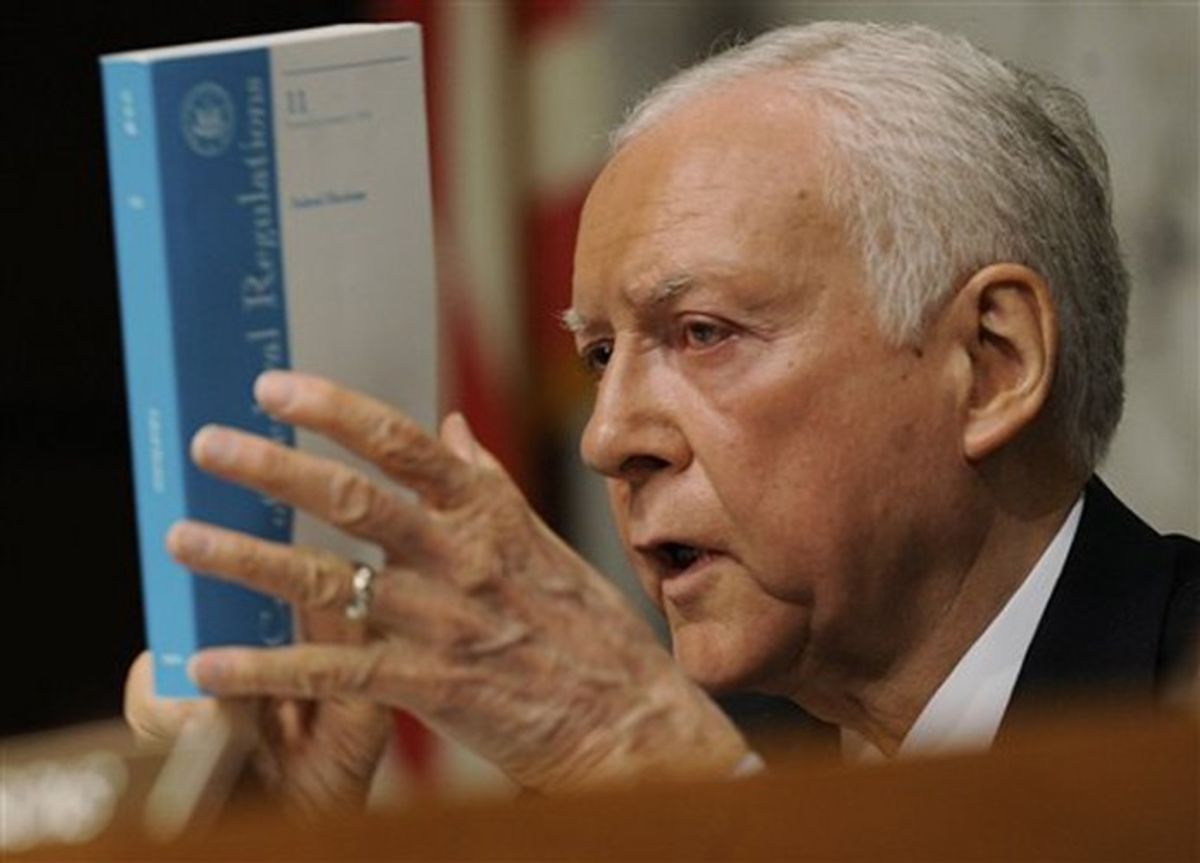 On Tuesday, the House of Representatives voted for the 56th time to repeal the Affordable Care Act, with nearly all 247 members of the House Republican conference voting in favor. Three Republicans representing swing districts opposed the measure; while they all opposed the measure, each opposed scrapping the health reform law before before the GOP had put forth an alternative to replace it.

Three top Republicans on Wednesday provided such a proposal. The plan, drafted by Utah Sen. Orrin Hatch, North Carolina Sen. Richard Burr, and Michigan Rep. Fred Upton and reportedly encouraged by the Republican leadership in the House and Senate, raises the question of whether the GOP wouldn't be better off simply crying foul against Obamacare. Because the proposal unveiled yesterday paints a distinctly unpleasant picture of what the health care landscape would look like post-ACA.

As Robert Pear reports, the Republicans would put a stop to Obamacare's expansion of Medicaid; slash insurance subsidies for middle-income consumers; allow insurers to charge older consumers five times what they charge younger ones, up from a current limit of three times; and roll back federal regulation of insurance companies. Under the ACA, the federal government lays out "essential health benefits" like maternity care that must be provided by insurers; the GOP alternative would leave it up to states to determine which benefits insurers must include.

Additionally, the proposal would end the individual mandate requiring people to purchase insurance or pay a penalty, creating a free-rider problem that erstwhile conservative champions of such a mandate once derided. The plan would also require workers to pay taxes on their employer-provided benefits, but would allow employers to continue deducting the cost of providing those benefits.

Meanwhile, the plan semi-preserves some of Obamacare's most popular provisions, including a ban on discrimination against consumers with pre-existing conditions and the ability of young adults to remain on their parents' insurance policies until the age of 26. However, states could opt out of the latter provision, while those with pre-existing conditions would enjoy only a "one-time open enrollment period" in which to buy coverage.