Scott Walker budgeted $250,000 to figure out if wind turbines are making people sick

Is this the Wisconsin governor's new plan for attacking clean energy? 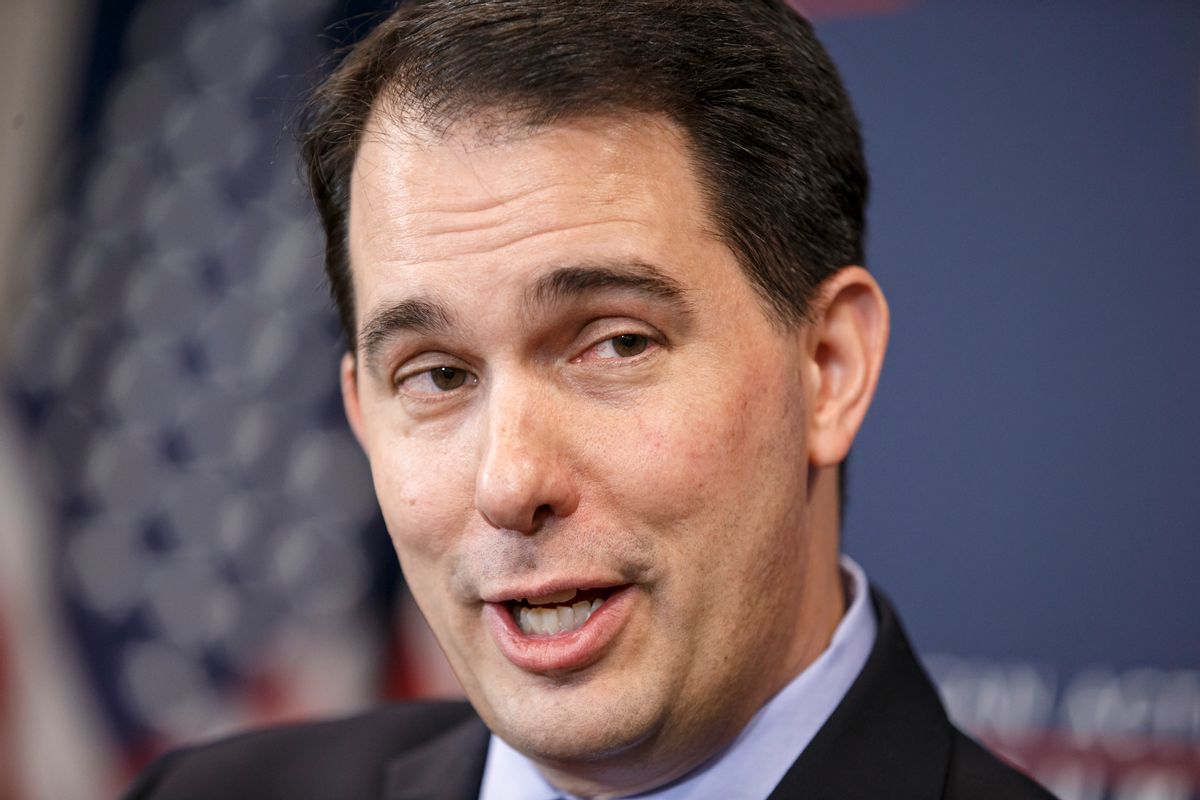 Wisconsin governor and climate dodger Scott Walker made some room in his big budget proposal for renewable energy... sort of. Kate Sheppard at the Huffington Post calls our attention to page 449 of the governor's $68 billion proposal, which allocates $250,000 to "conduct a study on wind energy system-related health issues."

If wind turbines are, in fact, making people sick, that'd definitely be a good thing for us to know -- and there are, in fact, people who are looking into this very issue. Last year, Wisconsin's Brown County became the first to declare wind turbines a public health risk, and some renewable energy advocates told Sheppard that additional research would be welcome as a way to "meaningfully expand the body of knowledge on wind and health."

But the evidence so far suggests that turbines are, at worse, a nuisance (birds, alas, are a different story). According to research conducted by the Energy and Policy Institute, 49 lawsuits in five different countries have attempted to blame wind turbines for various health problems, and all but one were unsuccessful; a review of 60 peer-reviewed articles published last year in the journal Frontiers of Public Health found no relation between properly sited turbines and adverse health impacts.

Certain groups and Donald Trump, however, have latched onto so-called "wind turbine syndrome" as a great excuse for hating on wind energy. The Koch-affiliated, climate denying Heartland Institute, as Sheppard points out, made much of the Brown announcement (but little of the larger body of research) as an argument against the state's renewable energy mandate.

Walker himself happens has a long history of really, really hating wind energy. And it's kiiiiind of hard to believe that he's so concerned about the possible health impacts of this one form of energy production when he doesn't seem to have a problem with the definite health impacts of the kinds that emit carbon dioxide. Just saying.