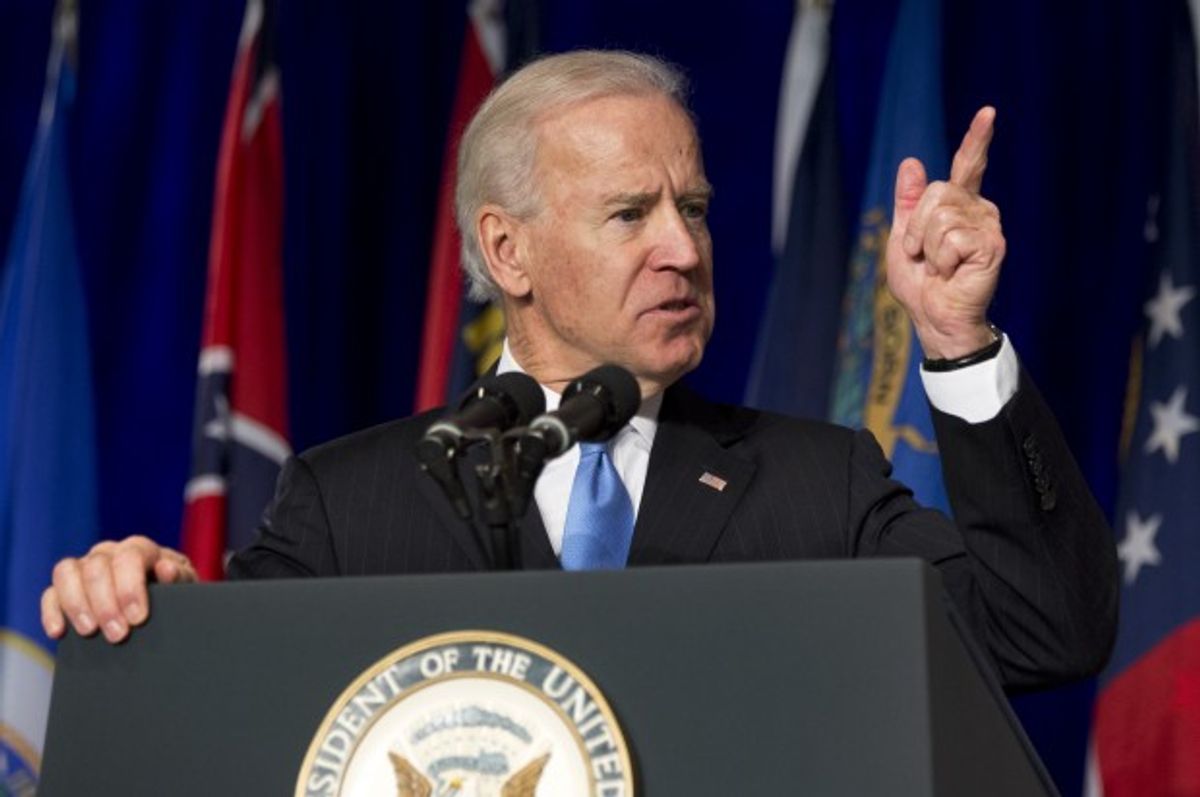 As president of the Senate, Biden would typically attend a joint meeting of Congress, putting the White House in a bind because of its irritation about Netanyahu's visit. The White House has accused Netanyahu and congressional Republicans of breaching diplomatic protocol by arranging the address without coordinating with the administration.

Biden's overseas trip allows the White House to avoid the awkwardness of having the vice president sit behind Netanyahu during the address. It's unclear where the vice president plans to travel, though his office said the unspecified trip was in the works before the prime minister's trip was announced.

Netanyahu is scheduled to address Congress on March 3.

Obama and Netanyahu have long had a tense relationship, in part because of the Israeli leader's skepticism of the U.S.-led nuclear negotiations with Iran. Netanyahu has backed congressional efforts to pass new sanctions on Iran during the negotiations, again putting him at odds with Obama, who has vowed to veto such legislation.

The White House had previously announced that Obama would not meet with Netanyahu while he is in Washington due to the proximity of his trip to the Israeli elections and the administration's desire to avoid the appearance of taking sides. This week, officials began laying the groundwork for the prospect that Biden would skip the speech, nothing that he also missed a joint meeting of Congress in 2011 because of foreign travel.

At least three prominent Democratic lawmakers have vowed to skip the speech as well , saying they disapprove of House Speaker John Boehner's decision to invite the Israeli leader without consulting Obama. Reps. John Lewis of Georgia, G.K. Butterfield of North Carolina and Earl Blumenauer of Oregon announced their decisions earlier this week.

White House spokesman Josh Earnest said the president believes individual members of Congress should make their own decisions about whether or not to attend.