My pediatrician was an anti-vaxxer

We're infuriated with parents who don't vaccinate their children, but what about the doctors who enable them? 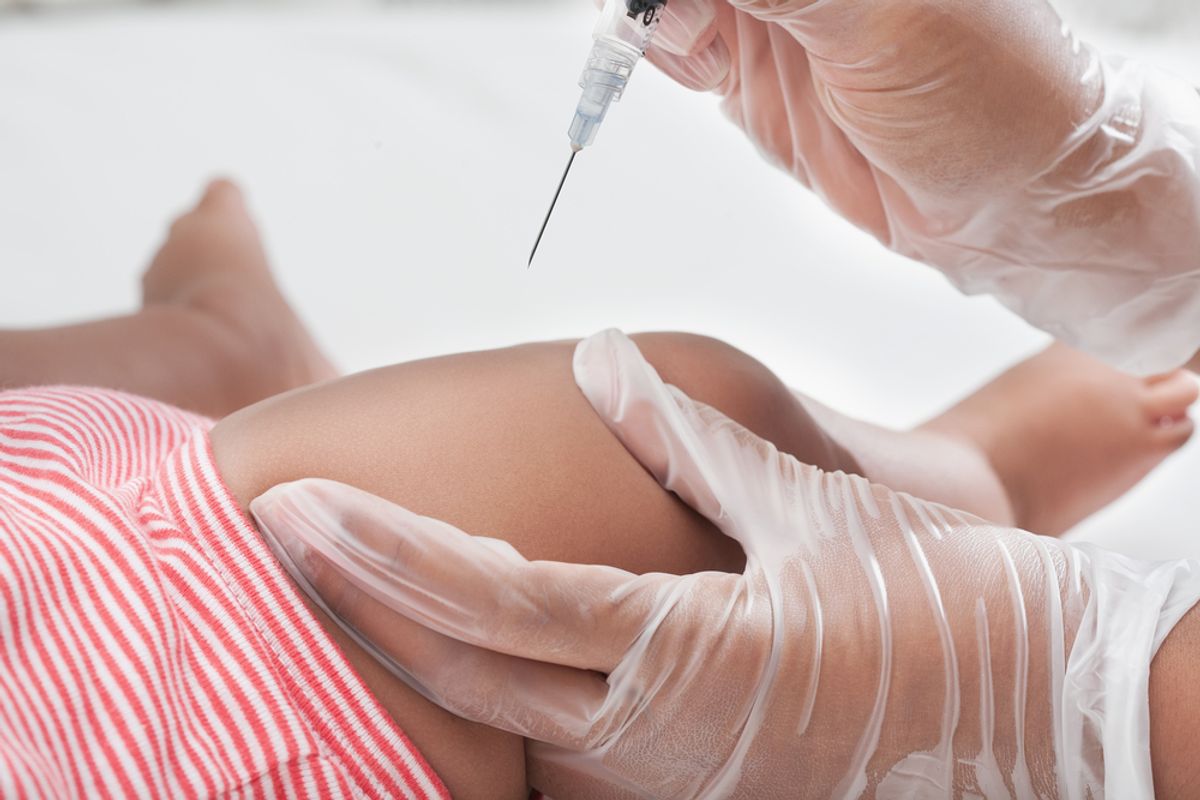 In 2006, when I found the family physician I’ll call Dr. Jessica, I couldn’t believe my good fortune. I was pregnant with my second child, and tired of my longtime GP who couldn’t get my name right (Hello, it was on the chart) and whose leg bounced impatiently while she met with me as though in a desperate hurry to get to the next patient.

In contrast, Dr. Jessica seemingly wanted nothing more than to be an old-fashioned doctor—think Doc Baker on Little House on the Prairie, if Doc Baker had worn jeans to the office, advocated for public breastfeeding, and stocked his waiting room with picture books of racially diverse children engaged in non-gender-stereotypical behaviors. Dr. Jessica scheduled up to an hour for appointments, just so you could talk—really talk—about your minutest worries. She gave out her cell-phone number. She made house calls!

More from DAME: "Why Am I Spending Money Like I Have It?"

Dr. Jessica was perfect in all but one way—which only became evident after my son, D., was born. She had some concerns about vaccines and the immunization schedule.

Her doubts were expressed in the form of casual asides. She said things like, “If you’re feeling like you want to hold off on one of the shots, we can wait” or “It’s okay not to do all the vaccinations today.” I usually smiled and brushed off the comments.

However, when D. turned 1 and was due to get the chicken-pox vaccine, Dr. Jessica became more direct: “Instead of having D. get the varicella vaccine, you could just take him to a chicken-pox party. That way, he just gets it over with. It’s a good option if you’re concerned about him having so many shots at one time.”

The thing was: I wasn’t concerned. I knew Andrew Wakefield’s infamous study linking autism and immunizations had been debunked. I was no fan of Jenny McCarthy, who’d just kicked off her anti-vaccine crusade in earnest. Really, I was far more worried about my child contracting a vaccine-preventable disease—he was probably whiling away the hours in day care gnawing on other babies’ teething rings.

And yet after that conversation, I seriously thought about forgoing, or delaying, the vaccine. I didn’t want to offend my doctor; I liked her. I respected her: Hey, who was the M.D. here and who was the former English major? Maybe there was something she knew that I didn’t (though I recall no scientific basis was offered for these suggestions).

More from DAME: "The Price I Pay to Write"

Ultimately, I wasn’t persuaded. At a follow-up appointment, I requested the shots (varicella included) be delivered on schedule. But I did it as lamely as possible. Instead of giving a strong rebuke to the suggestion that I intentionally infect my child with a potentially serious—and totally preventable—disease, I said, in my dopiest little-girl voice, “Pox parties sound, um, interesting. But do you think we could, like, just sort of follow the standard protocol? I’m kind of like good with the science!”

To be clear: Dr. Jessica ultimately honored my wishes. D. got all his shots. She was not remotely in the same league as Orange County, California–based “alternative pediatrician” Dr. Bob Sears, who has said measles is nothing to fear and has popularized his own alternative vaccine schedules. Or Dr. Stacia Kenet Lansman, a popular pediatrician from Marin County, whose policy is to give only one shot per visit lest a child’s “detoxification pathways” be “overwhelmed.” Or most extreme of all, the almost-comically evil-sounding Dr. Jack Wolfson, an integrative cardiologist in Arizona who has bravely stood up for the “rights of our children” to get measles, mumps, rubella, and chicken pox. (Perhaps he’s just hoping that frightened parents will order a bottle of his own branded immune-system boosting “cardio superfood” at the low, low price of $45 per bottle.)

But Dr. Jessica nonetheless planted seeds of doubt that easily could have taken root. No, the chicken-pox vaccine isn’t the most crucial of the vaccines young children are given, and deviating from the standard timetable won’t necessarily lead to catastrophe. Still, she encouraged me to think about vaccines not logically, not scientifically, but emotionally—relying on my gut rather than, say, peer-reviewed data. And once you start making medical decisions based on how you feel rather than what youknow, it’s a fairly short journey to questioning the whole vaccine infrastructure. Case in point: Research has shown that many children whose parents have chosen to delay shots never get them at all.

Fortunately, doctors sharing Dr. Jessica’s views—much less, say, Dr. Wolfson’s—are rare. (If such doctors were easier to find, websites like VaxTruth.org wouldn’t have to post lists of “anti-vaccine friendly doctors.”) “It’s a tiny minority,” says Dr. Laura Popper, assistant clinical professor of pediatrics at Mount Sinai Hospital in New York. “But I truly don’t understand how someone trained in medicine can come to [an anti-vaccine] position—it’s craziness. The scientific data is from all over the world and it is really large. I don’t think anything has been studied as much as [vaccines] have been.”

More from DAME: "A 'Savage'-Hating Sniper Is Not An American Hero"

Since a preponderance of anti-vaxxers or advocates of delayed shots can be found in affluent, well-heeled communities, it has been argued that their doctor allies are just ensuring themselves a robust clientele. But it may not be the best long-term business strategy. As Dr. Popper points out, the anti-vaccine movement “is fear-based, and you can’t combat fear with information.” So once a patient is convinced that scientific studies are meaningless, and that the medical profession is hopelessly corrupt, it begs the question: Then why go to a doctor at all?

If there is any silver lining to be had in the existence of anti-vax doctors, it’s that they may be the first ones out of work.