Beck beat out Beyonce for the Grammy’s highest honor, the album of the year award 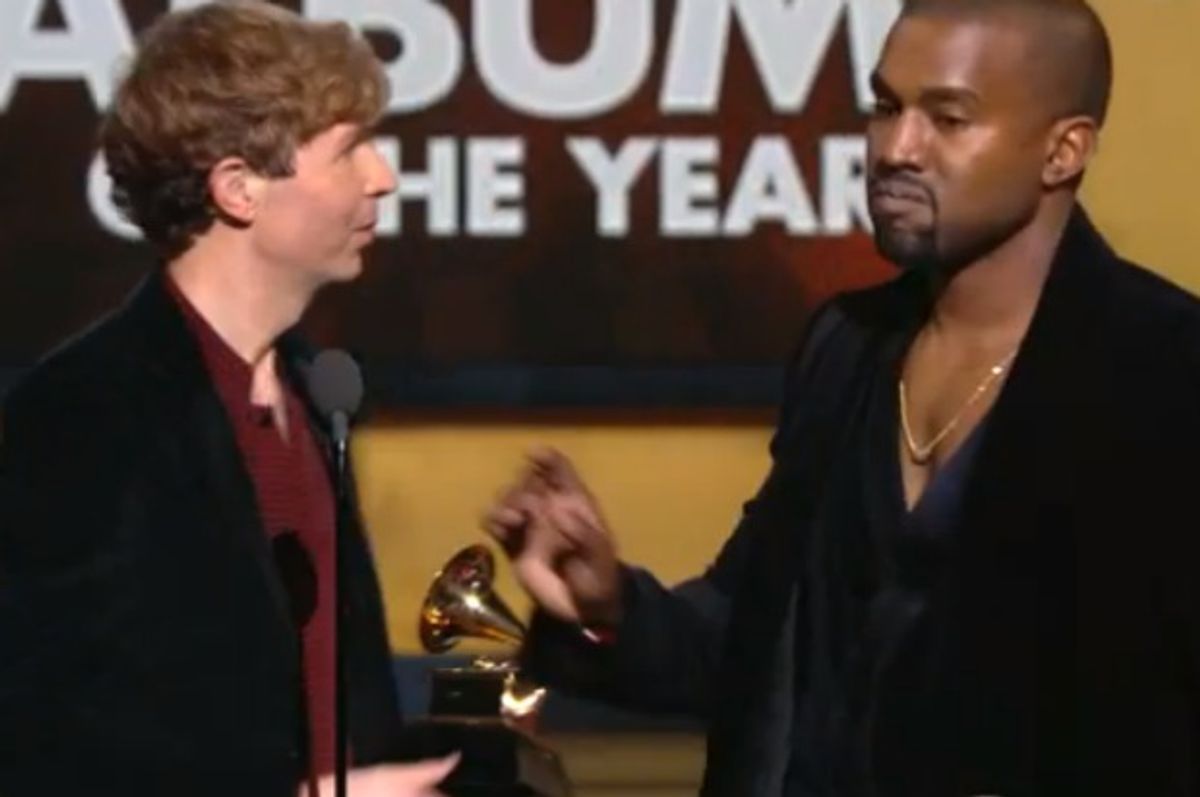 Kanye West storms the stage briefly and silently as Beck accepted the Grammy for Album of the Year. (CBS)
--

Beck's "Morning Phase" beat out Beyonce for the Grammy’s highest honor, the album of the year award, shattering the hearts of Beyhive members everywhere. Thankfully Kanye was there to avenge the injustice, stepping on to the stage in what looked to be a reprise of 2009's iconic VMA moment, in which he famously grabbed the trophy out of Taylor Swift's hands after she won best Female Video Performance and yelled "Imma let you finish, but Beyonce had one of the best videos of all time!"

Thankfully Kanye was just playing -- and Beck, good sport that he is, rolled with the punches -- but let this be a warning to the rest of you: Nobody beats Queen Bey on Kanye’s watch.

Update: Kanye whipped up a classic Kanye rant to E!during an afterparty, explaining why the Grammys need to "stop playing with us" if they want "real artists" to keep coming back to the awards show. "I got my wife, my daughter and my clothing line, so I'm not going to do nothing to put my daughter at risk, but I am here to fight for creativity. That's the reason why I didn't say anything tonight. But you all know what it meant when 'Ye walks on the stage."

Yes. Yes, we do. After the ceremony, Beck remained unfazed, telling US magazine that he was just excited to see West come up the stage. "He deserves to be on stage as much as anybody," Beck said. "How many great records has he put out in the last five years, right?"