"It's on us": Obama delivers a message about domestic violence during the Grammys 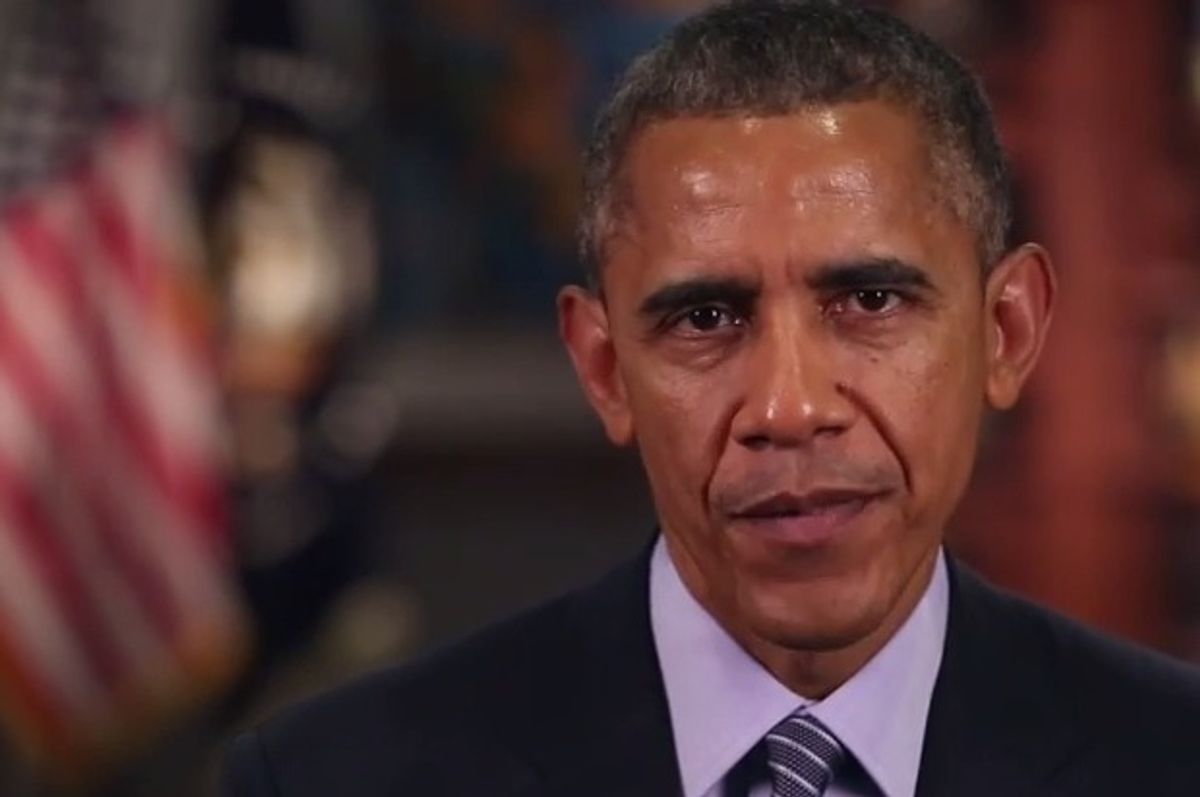 President Obama appeared via video during the Grammy Awards telecast to call on musicians and their fans to work together to stop domestic violence. "More than one in four women has experienced some form of domestic violence," said Obama. "It's not okay. It has to stop."

Obama also urged the musicians gathered at the awards to sign an online pledge at ItsOnUs.org and to encourage their fans to join in.

The president delivered his speech as a lead-in to Katy Perry's performance of her ballad "By the Grace of God," which also featured a spoken word performance by activist Brooke Axtell (read the Salon interview).