Report: The Great Barrier Reef is in danger, and the Australian government isn't doing enough to protect it 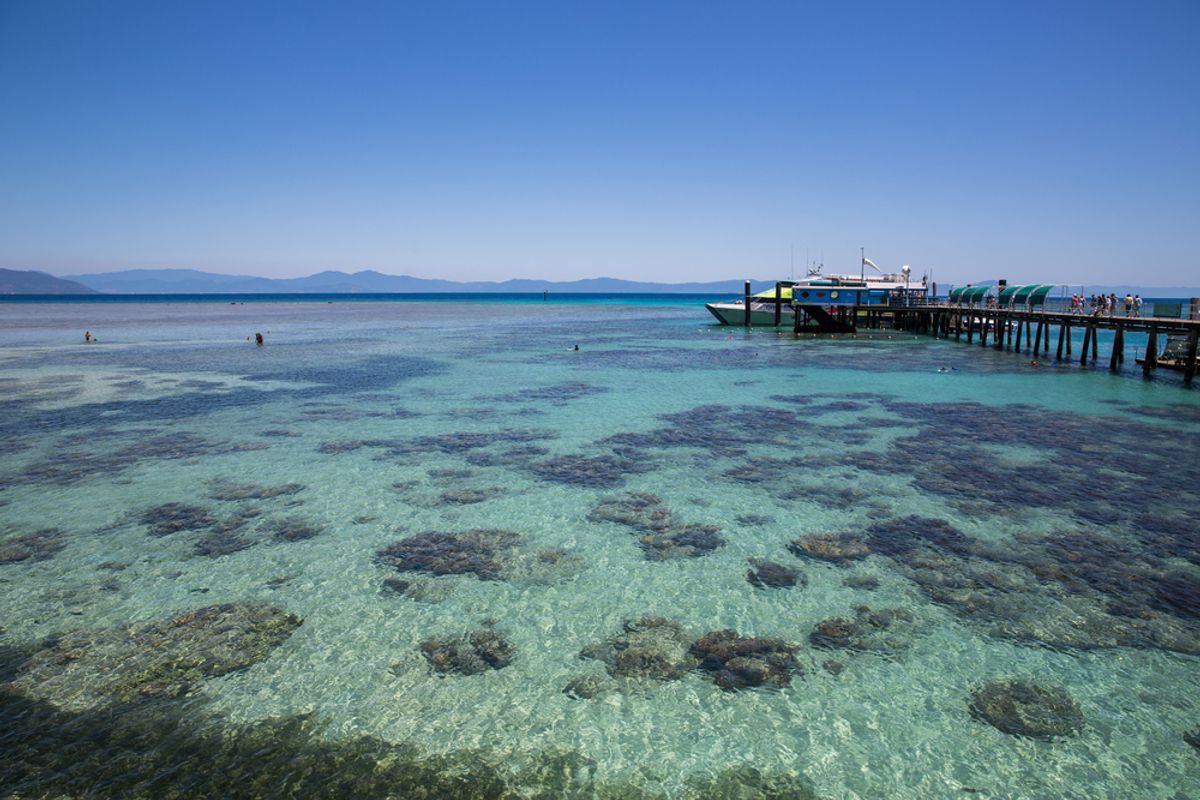 Australia, in the hands of Prime Minister Tony Abbott, has been a nightmare for the planet, as well as for its own natural wonder: the Great Barrier Reef. Harmed by the impacts of climate change, ocean acidification, mining, coastal development, water pollution etc. etc., the Reef's lost more than half of its coral cover in just the last 30 years.

And the government's actions, according to a new report, is threatening to push the Reef over the brink -- and onto the U.N.'s list of endangered World Heritage Sites.

The report, which was conducted by an independent consulting firm and released Sunday by WWF International, points to the imminent danger posed by Australia's coastal port development plans. In order to carry those plans out, it finds, developers could end up dredging up to 51 million cubic meters of seabed -- that's 49 times the volume of the Empire State Building -- and then dumping a large portion of that waste right into World Heritage waters. It's a process known to greatly damage coral reefs: the report cites studies finding that dredging can more than double the level of disease in nearby coral; what's more, plumes of sediment from dredge spoil can travel as far as 80 kilometers from the dumping site, further threatening the coral's ability to survive.

Australia seems aware that it's in its interest to protect the Barrier Reef, which provides the country with nearly $5.8 billion annually in economic value. The government recently wrote a letter to the U.N.'s World Heritage Committee promising it was all of the agency's previously voiced concerns and calling the Reef "the best managed marine ecosystem in the world." Last month, it announced that it would ban the practice of dumping dredge soil in the marine park.

But according to the report, the ban doesn't go nearly far enough. The marine park is slightly smaller than the World Heritage Site, it explains, and the vast majority of the dumping that takes place does so in areas considered part of the latter, but not the former. It calls instead on the government to ban all dumping of dredge spoil at the World Heritage Site, and points out the irony of the government continuing to offer financial incentives to companies to expand coal mines and ports despite recent, dramatic declines in coal prices.

"Substantial damage has been inflicted upon the Great Barrier Reef in recent years," the report concludes, and "planned port expansions could bring about additional damage and cause the world to lose this place of outstanding universal natural value." More immediately, the Wall Street Journal points out, the site could lose its World Heritage status, which, aside from being really embarrassing, could impact its tourism industry. All things, in other words, that the government might want to get serious about preventing.