"All we need now are angels singing" 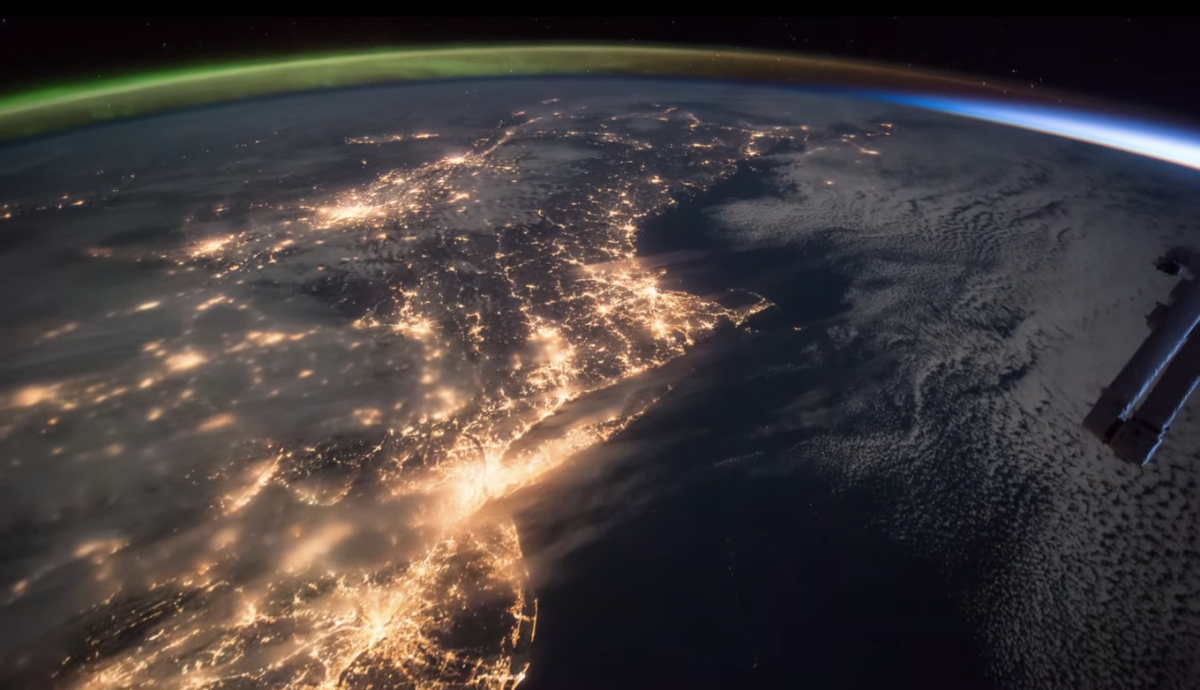 A new video depicts the Northern Lights (also known as the aurora borealis) colliding with the sunrise earlier this week. The video was shot by NASA astronaut Barry "Butch" Wilmore from aboard the International Space Station and captures the passing lights of Washington D.C., Baltimore, New York City and Boston.

"#Sunrise touches #aurora," Wilmore wrote in the video's caption. "All we need now are angels singing."

The aurora borealis is caused by the intermingling of solar wind with Earth's magnetic field.