The so-called "Fuego Volcan" lived up to its name, closing the country's main airport and forcing evacuations 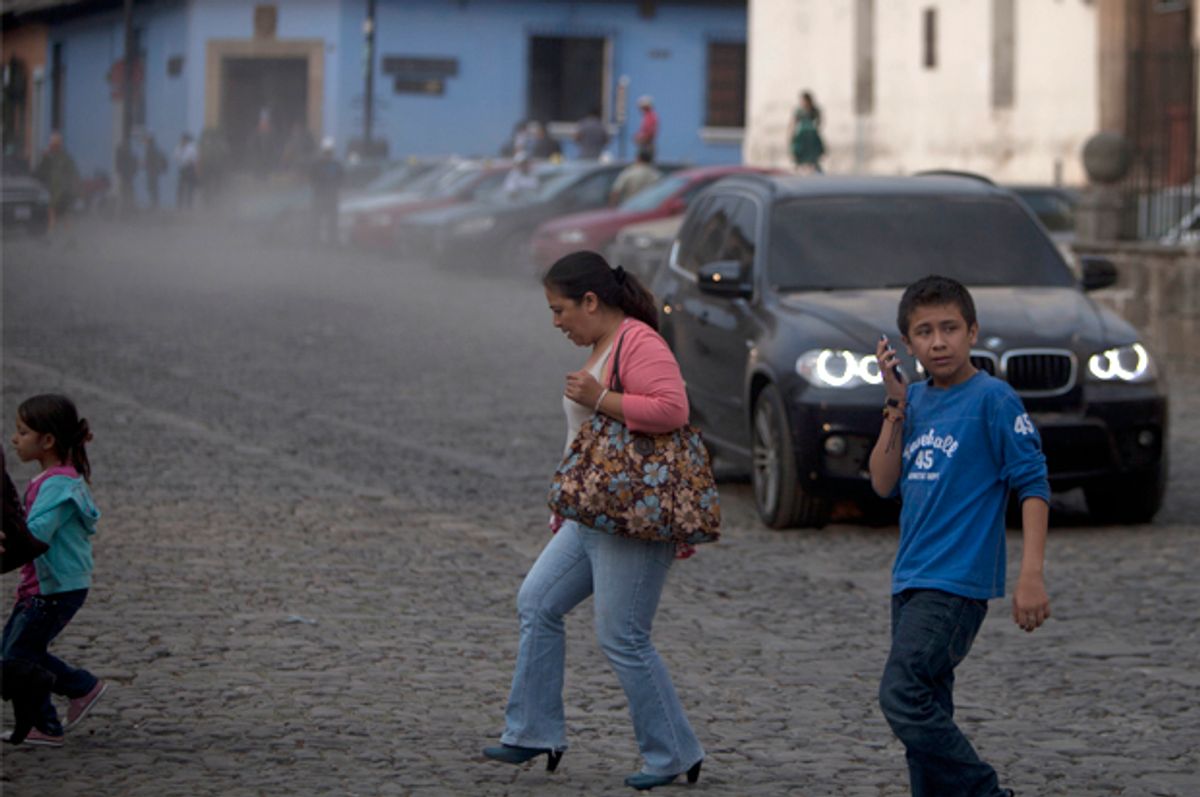 People cross a street covered with ash from the eruption of the Fuego Volcano at Antigua Guatemala, Saturday, Feb. 7, 2015. (AP/Moises Castillo)
--

A social media image originally used in this post did not correspond to the eruption in question; Salon has removed it and regrets the error.

Guatemala's famed "fire volcano" -- Fuego Volcan -- erupted spectacularly over the weekend, spewing ash and rock as high as 5,500 metters (18,000 feet) above sea level, shutting down the country's main airport for nearly 24 hours, forcing at least 100 people to evacuate and coating nearby towns in thick layers of ash.

By Monday, according to the Twitter account for Conred, Guatemala's disaster relief organization, the eruption had subsided to only weak to moderate rumblings and explosions -- about four to five per hour. La Aurora International Airport resumed flights late Sunday night.

All in all, it was a far less devastating occurrence than the last time that the volcano, one of Central America's most active, erupted: in 2012, forcing the evacuation of more than 33,000 people living in its vicinity, mainly in isolated villages.

Below, time-lapse footage recorded by the National Institute of Seismology, Volcanology, Meteorology and Hydrology (INSIVUMEH), whose Feugo observatory is located about 7 kilometers southwest of the volcano's summit: