Watch the most awkward Grammys duet ever: Jessie J and Tom Jones 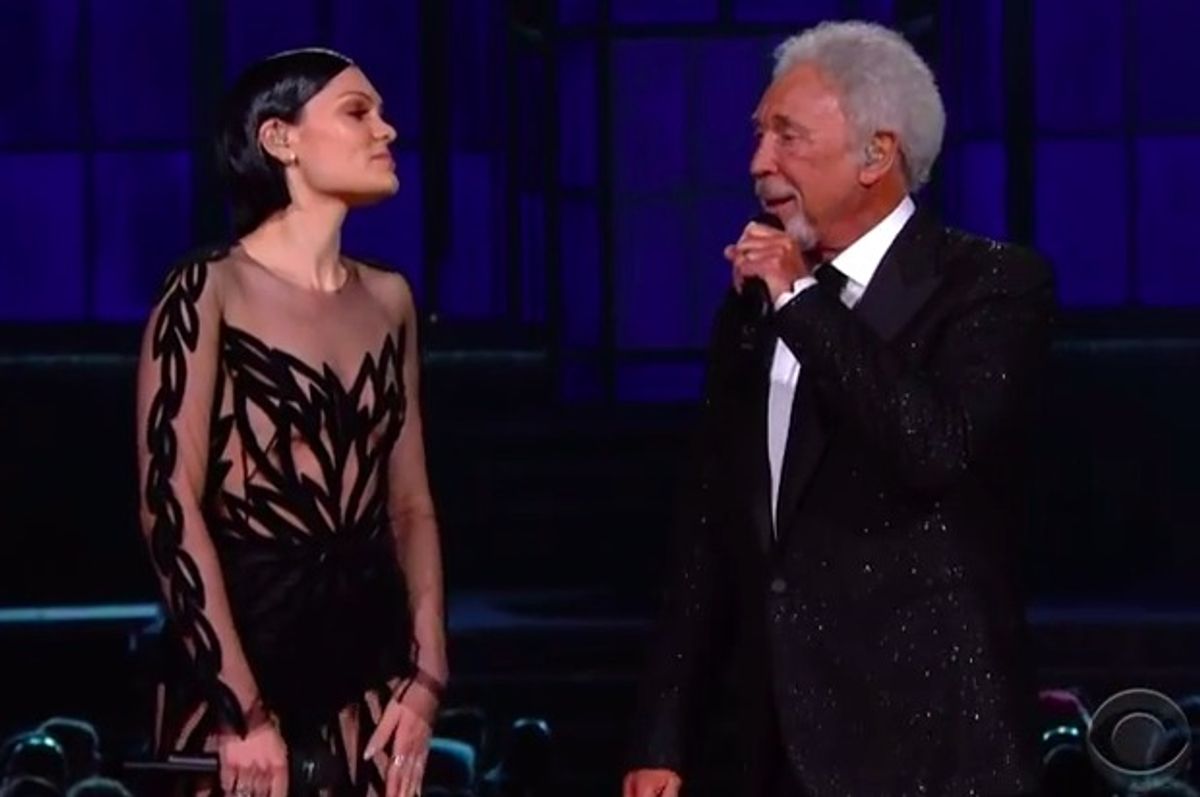 If the A-list classical-meets-dance pop duo of the Grammy Awards is Lady Gaga and Tony Bennett, who already pocketed their trophy for Best Traditional Pop Album, the B-minus duo is definitely Jessie J teaming up with Tom Jones to belt out The Righteous Brothers' "You've Lost that Lovin' Feeling" like a couple of drunks at a college reunion karaoke night who still can't decide who's Maverick and who's Ice Man.

Jones is still suave as he's ever been. Jessie J, on the other hand, has never met an element she could feel her way into. It's as awkward as your uncle dragging you up to commandeer the microphone during a distant cousin's wedding reception. Behold: