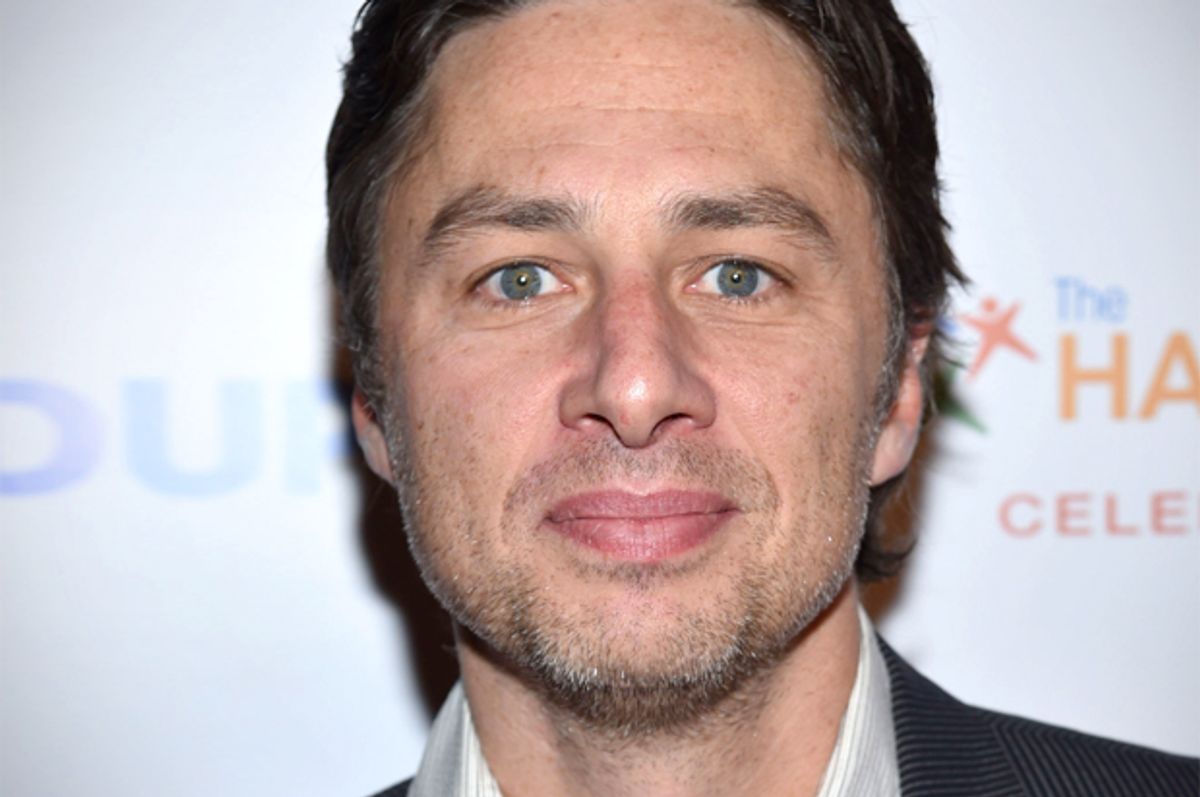 And then there was Zach Braff's contribution.

The "Scrubs" star shared a "who wore it best' side-by-side of Pharrell and one of the "Wizard of Oz" flying monkeys:

Grammys are time-delayed in LA (?!) but someone just sent me this: #IWoreItBetter pic.twitter.com/5R9yMJREDo

Do we really have to explain to Zach Braff why, out of all of the Pharrell outfit jokes from all the social media accounts, this one is not funny — it's actually super racist? Do we, Zach Braff? Of course, he reminded us soon thereafter that he was "watching the Grammys with bae" — in this case, his "Scrubs" co-star Donald Faison. Oh, well. In that case.

When you let the dumbest intern in the office do the live tweeting for the night pic.twitter.com/weZ1ez1qez — Sara Benincasa (@SaraJBenincasa) February 9, 2015

There could be actual analysis to be done on whether or not Pharrell meant to evoke the historical memory of racist minstrel shows with his outfit, especially in light of his intriguing "Happy" performance, which featured dancers in black hoodies performing a "hands up, don't shoot" move to the incredibly sunshine-y pop song, as this viewer pointed out:

I wonder if the "New Black" Pharrell was aware of the minstrel rendering of the Black bellhop character? #Grammys pic.twitter.com/0YZHjmrlSl

But even if he was, it's obvious that Zach Braff is not equipped to engage with sophisticated questions dealing with race, history and the entertainment industry. Stick to Wes Anderson jokes in the future, please.