"Is Jon Stewart the most trusted man in America?": How "The Daily Show" host went from unknown to institution in 16 years 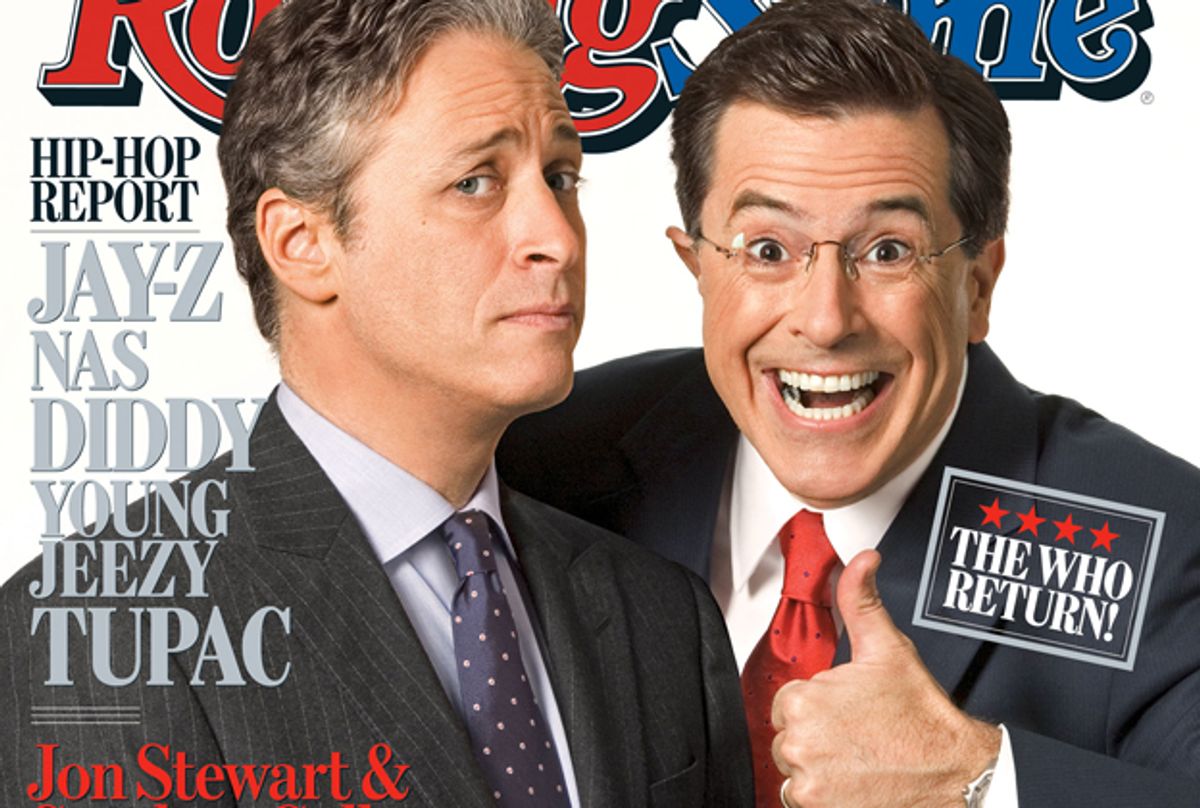 Jon Stewart has been on "The Daily Show" since 1999, and ever since the beginning, profile writers have been trying to put their finger on what makes the man tick. Here's a look back at some of the best Jon-centric reading materials from over the years, from the early days of the 2000 election through his evolution to the most trusted man in America.

1999 — Another nostalgic throwback from the early days, Seth Margolis writes in the New York Times: "Mr. Stewart hopes the show's satiric take on the news will encourage people to lighten up. ''Impeachment? Y2K? Look, my fear is whether we'll survive so many 'Dateline' 'sand '20/20' 's.'"

2000 - In the now shuttered George magazine, Allison Adato observes Stewart’s deft handling of the 2000 election, focusing in on his unprecedented knack for marrying humor and politics that will fast become his trademark (and redefine the fake news landscape forever).

2002 - A year after 9/11, The New Yorker's Tad Friend explores comedy in the wake of national tragedy with his piece "Is it Funny Yet? Jon Stewart and the Comedy of Crisis."

2004 - As Stewart becomes more of a respected pundit in his own right, people start asking where we ought to draw the line between comic and critic. As Ken Tucker writes in New York Magazine, "Jon Stewart wants to treat politics as a joke—and still teach us a civics lesson. He can’t have it both ways."

2006 - Maureen Dowd conducted a lively and lengthy interview with Jon Stewart and his newly-christened partner in crime Stephen Colbert in "Rolling Stone" back in 2006 (and complete with fun cover art). As Dowd writes: "Other couples may disappoint. Jen and Vince. Paris and Nicole. Cheney and Rummy. But Stewart and Colbert have soared to hilarious new heights puncturing the Bush administration's faux reality, with Stewart as the droll anchor and Colbert as the puffed-up Bill O'Reilly-style bloviator."

2008 - As Stewart's status as the King of Late Night has been firmly cemented, New York Times' Michiko Kakutani asks the question many will come to ask over the years: "Is Jon Stewart the Most Trusted Man in America?”

2011 - Esquire’s Tom Junod writes a controversial and critical take on Stewart’s evolution, comparing Stewart to Roger Ailes. As Junod puts it, "He's not so funny anymore, and it's not only because he's come to take himself seriously. It's because in the Obama era, we're starting to see the price of refusing to stand for anything.”

2014 - "The Dogs of the Daily Show with Jon Stewart," by Bark magazine. Self-explanatory.

2014 - Jon Stewart talks to Rolling Stone and reunites with NYMag’s Chris Smith for lengthy Q&As about his new film "Rosewater," as well as reflecting back on his "Daily Show" career in a way that now sadly feels more like a post-mortem than a mid-career taking of stock.