Jon Stewart vs. Fox News: 10 brutal takedowns that have us missing him already 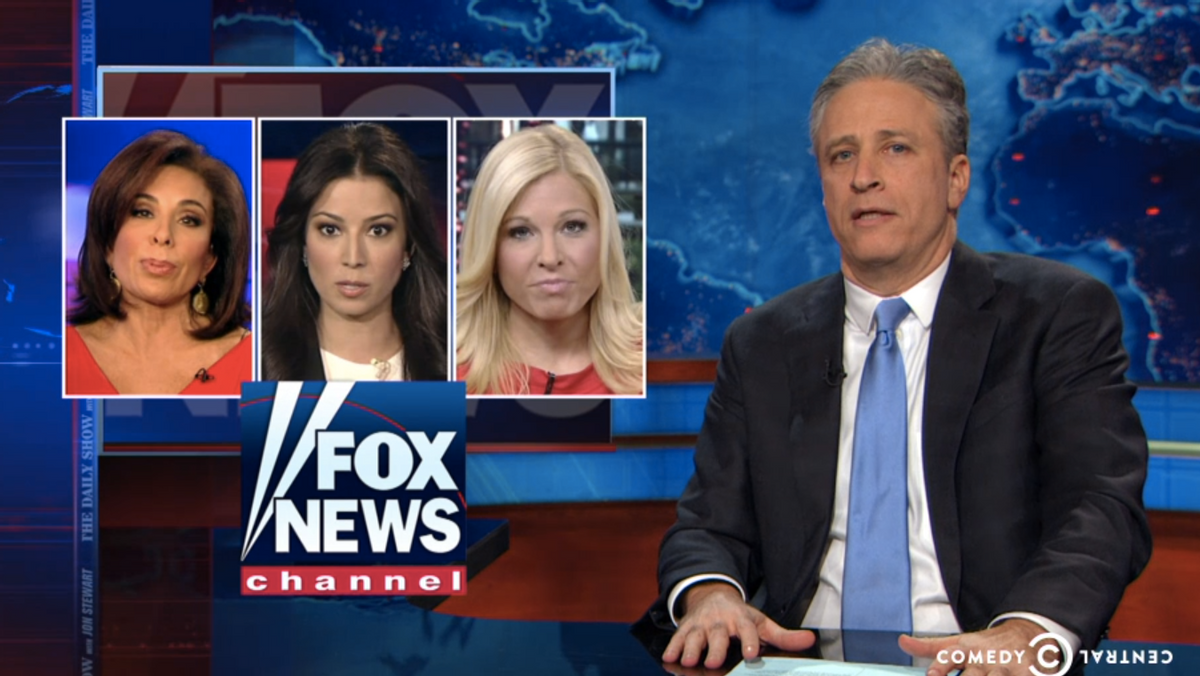 No one loves a good scrap with the right quite like Jon Stewart, so it's a wonder that -- save for a few small displays  -- Conservative Twitter celebrations over Stewart's retirement have been relatively muted. Even Donald Trump has been the image of civility. (Or maybe he's just too busy lobbing hot takes at Brian Williams.)

Probably no one is more relieved that Stewart will be hanging up his boots than the good people over at Fox News. (Even if they too are on their best behavior.) And while Stewart will probably be happy to ignore the network going forward — "I watch a lot of Fox News because I hate my own head," he quipped in 2011 — the rest of us will surely miss his searing takedowns.

In commemoration, we've rounded up some of Stewart's most notable recent segments about Roger Ailes' house of horrors.

1. Megyn Kelly returns to work from maternity leave and Jon Stewart is locked and loaded to call her out on not being supportive of other moms.

3. Stewart reads off a list of statements from Fox News that have been proven to be false. Fact-checking organiztion PoilitiFact verifies.

4. Stewart slams Bill O'Reilly for his insensitive coverage of Ferguson.

5. Stewart gets mad about Fox's oversimplified stereotypes. His response: "Go fuck yourselves."

6. Gretchen Carlson was quite outraged after the Tulsa Christmas parade was changed to "holiday" parade. Stewart wasn't amused.

7. An Indianapolis Fox station exploited the homeless and Stewart wasn't down with that.

9. Stewart proves Megyn Kelly wrong about the "Nazi" comparison. Yes, Megyn. He watches the program every day, too.

10. Stewart had some questions about the way Bret Baier drives a narrative with baseless opinion.