Arby's offered Jon Stewart a job after announcing his retirement 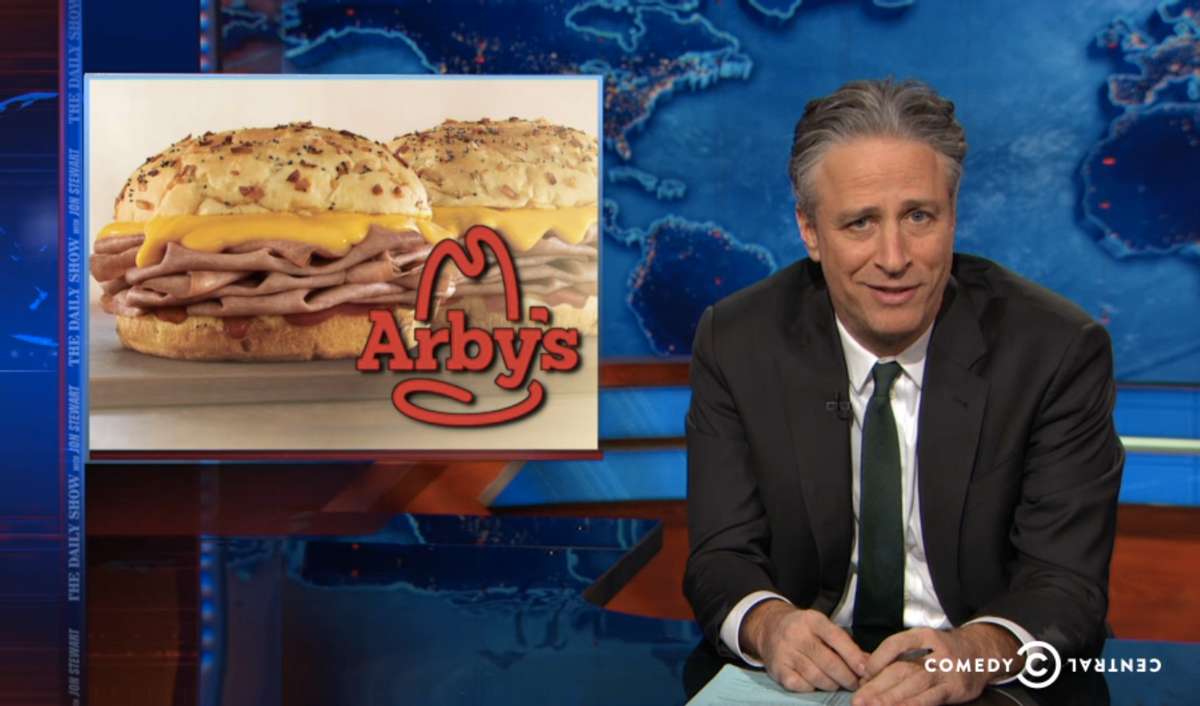 Here's a fun thought: pulling up to an Arby's drive-thru and Jon Stewart asking you if you'd like some curly fries with that.

Following Stewart's big announcement that he would be stepping down from "The Daily Show," fast food chain and recurring punchline on the show, Arby's, reached out to Stewart on Twitter. (Note: Stewart doesn't even have a Twitter account.)

Stewart quickly shut down this sad attempt at a peace offering on his show Wednesday night, quipping "Come for the tweets, run from the meats."