I watched him talk to the team behind “Citizenfour.” He was funny, happy and coughing a lot. An hour later, he died 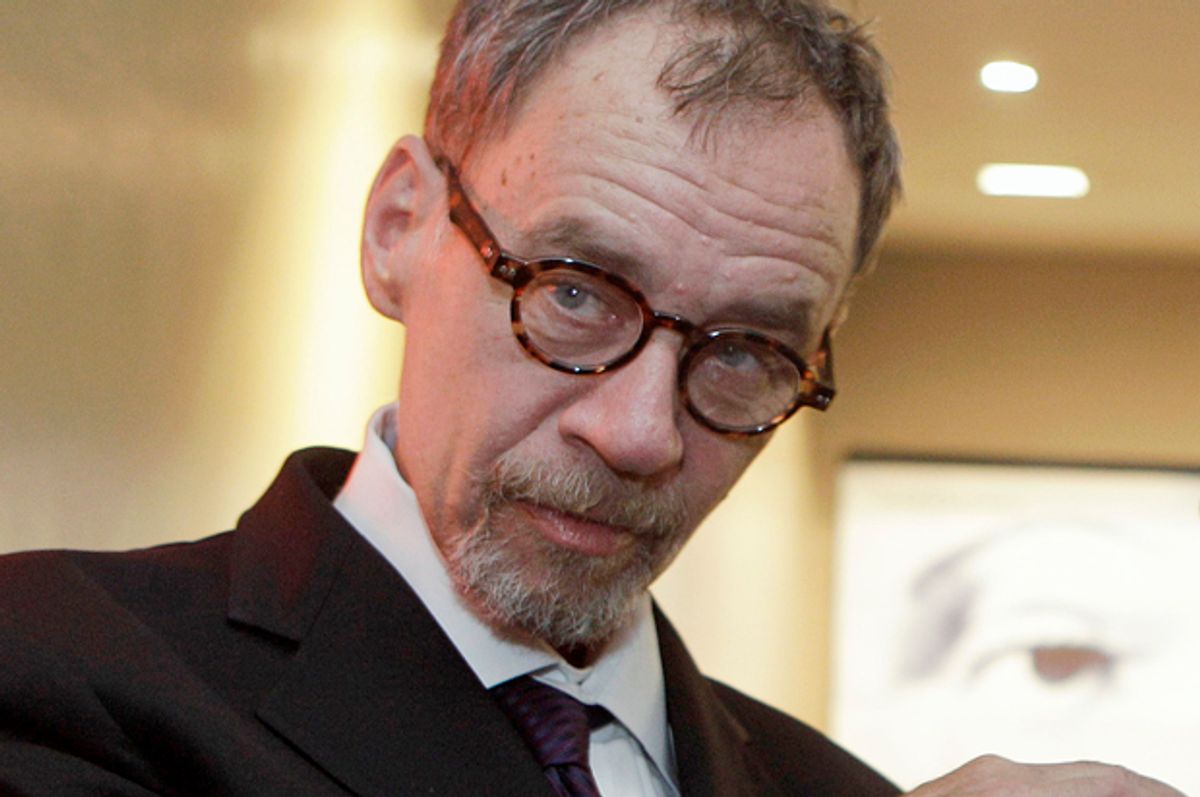 On Twitter Thursday night, I tried to fight the rumor that beloved New York Times media columnist David Carr died the same evening. I’d seen him less than three hours earlier, interviewing Glenn Greenwald, Laura Poitras and Edward Snowden (via satellite) at a sold out “Times Talk.” He was sharp and funny; he seemed happy; he had a bad cough. But he could not possibly be dead.

Sadly, within minutes of my pushback Tweet, the Times confirmed his death, and two generations of journalists collectively stopped our posturing and grieved. That’s because Carr was an admirable and inimitable writer and reporter, but he was also uncommonly generous to colleagues with praise and encouragement; hilarious, affectionate. A recovering addict and hustler turned alt-newsweekly editor turned media critic, he was an unlikely Timesman, but he helped reinvent our notion of a Timesman. And the Times will be forever better for it.

I didn't know Carr well. We had mostly bonded over having been the talented Jake Tapper's early bosses (he launched Tapper at the Washington City Paper and recommended him strongly to me at Salon.) Almost 10 years ago last night, he wrote a piece about me taking over as editor in chief of Salon. But when my daughter left San Francisco for Fordham University, he told me to give her his number, in case she needed anything when I was a whole country away. We had close mutual friends, who are crushed by the loss, and I feel crushed for them. So I’m writing on behalf of a particular subset of forlorn journalists tonight: people who didn’t know Carr well, but who were treated well by him, and are unexpectedly saddened by the news.

I’m kicking myself that I didn’t tape or take notes on the interview with the "Citizenfour" crew, but I didn’t plan to write about it. I was shoehorned into a seat in the first row, knees up against the stage, in a sold out crowd. I didn’t take a picture either, though lots of other people did. It felt too fan girl. Carr was wearing a This Land Press t-shirt;  I could practically touch his black Nikes. His voice, which sometimes failed him, actually sounded better to me than it did at other times. But there was that nagging cough, which didn’t disrupt his questions or keep him from having fun. (There is no information yet about the cause of his death, so my digressions about his cough may be just that.)

Quickly, the things that I remember: He was effusive about Poitras’s award-winning Snowden film, “Citizenfour,” praising it as art as well as documentary; he told the filmmaker he couldn’t sleep after watching it, unsettled by its revelations about our surveillance state, which he meant as high praise. When Greenwald tried to make light of his 2013 Pulitzer Prize as old news, the ambitious Carr gruffly owned up to jealousy, and assured Greenwald that he would be milking it forever if he’d won one.

Carr asked more personal questions than political ones: how scared were they, what did they think would happen, and did they think the intelligence community simply scared the hell out of President Obama to make him collude with their secrecy and surveillance (a sympathetic Snowden essentially said yes.) He channeled worried journalists, asking if we should really fear that everything we do on the Web and with our phones is spied on (yes, use Tor as a browser and find encryption software for your email and texts.) And he mocked himself by saying "I'm channelling mothers here," then asking Snowden if he was doing alright and getting enough to eat (Snowden said yes.) I waved at him as he left the stage; I think he smiled at me. Then he was gone.

Roughly an hour later, Carr collapsed in the newsroom, where he apparently returned after the interview. I’m tempted to rely on a comforting old cliché, that he died doing what he loved, asking questions, reporting and entertaining. But he loved his wife and daughters, too. (Greenwald says one of his daughters was at the "Citizenfour" event with him, which is alternately sad and comforting to me.) He'd packed a lot of life into 58 years -- read his memoir "The Night of the Gun," and you'll realize he was lucky to live that long.

But having turned his life around, Carr should have had many more years with his family, and many more years to write -- and to also tell stories to his friends that weren't fit to print. Since I've grown up around brave, recovering addicts and alcoholics, that's my view of karmic justice, but I don't make the rules. I'm just another writer who will miss him.