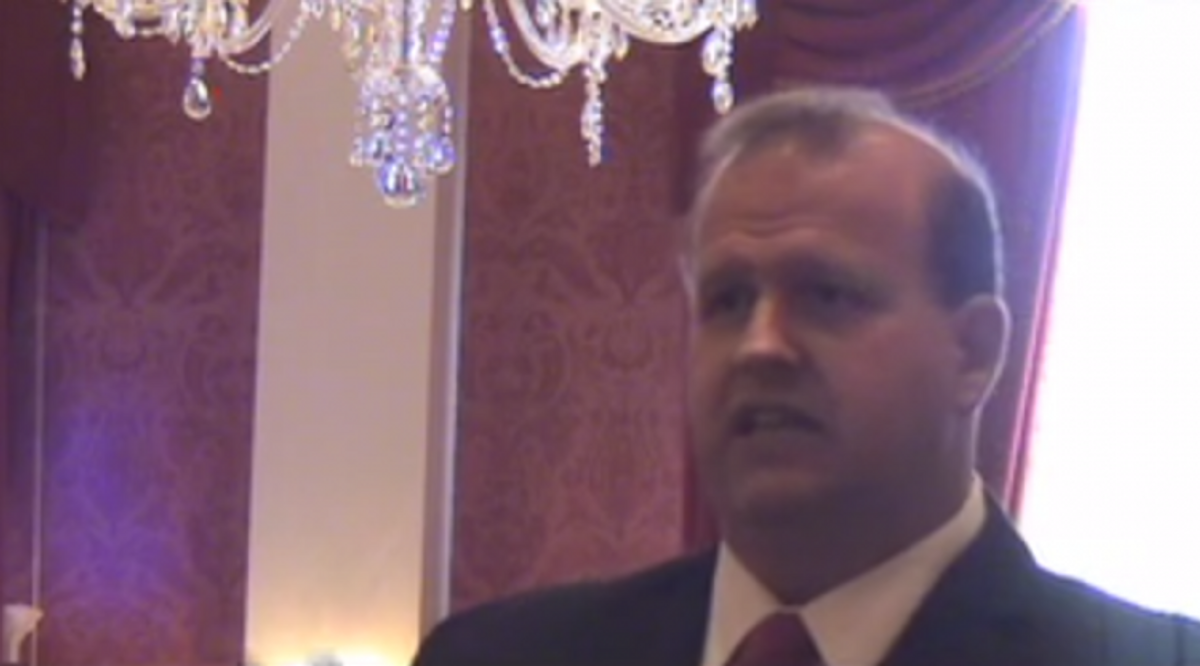 A Republican state senator in South Carolina called women "a lesser cut of meat" and suggested that they belonged barefoot and pregnant, the libertarian-leaning blog FITS News reports.

Chauvinist in any context, Corbin's remarks occurred during a legislative dinner this week to discuss domestic violence legislation. Sources present at the meeting told FITS that Corbin directed his comments at fellow GOP state senator Katrina Shealy, the sole woman in the 46-member chamber.

“I see it only took me two years to get you wearing shoes,” Corbin told Shealy, who won election in 2012. Corbin, the site explains, is said to have previously cracked that women should be "at home baking cookies" or "barefoot and pregnant," not serving in the state legislature.

“He makes comments like that all the time to everybody – including Senator Shealy,” said one legislative aide who spoke to FITS.

Indignant at Corbin's rank sexism, Shealy asked him where he "got off" making such remarks.

“Well, you know God created man first,” a smirking Corbin replied.  “Then he took the rib out of man to make woman.  And you know, a rib is a lesser cut of meat.”

Corbin appears to have a penchant for offensive or downright bizarre statements. During a 2013 speech on the Common Core education standards, he reportedly embarked on a tangent about "gay man juice."