"Keep typing until it turns into writing": 15 pieces of sage wisdom from NYT columnist David Carr

The wise words David Carr gave us will live on forever. 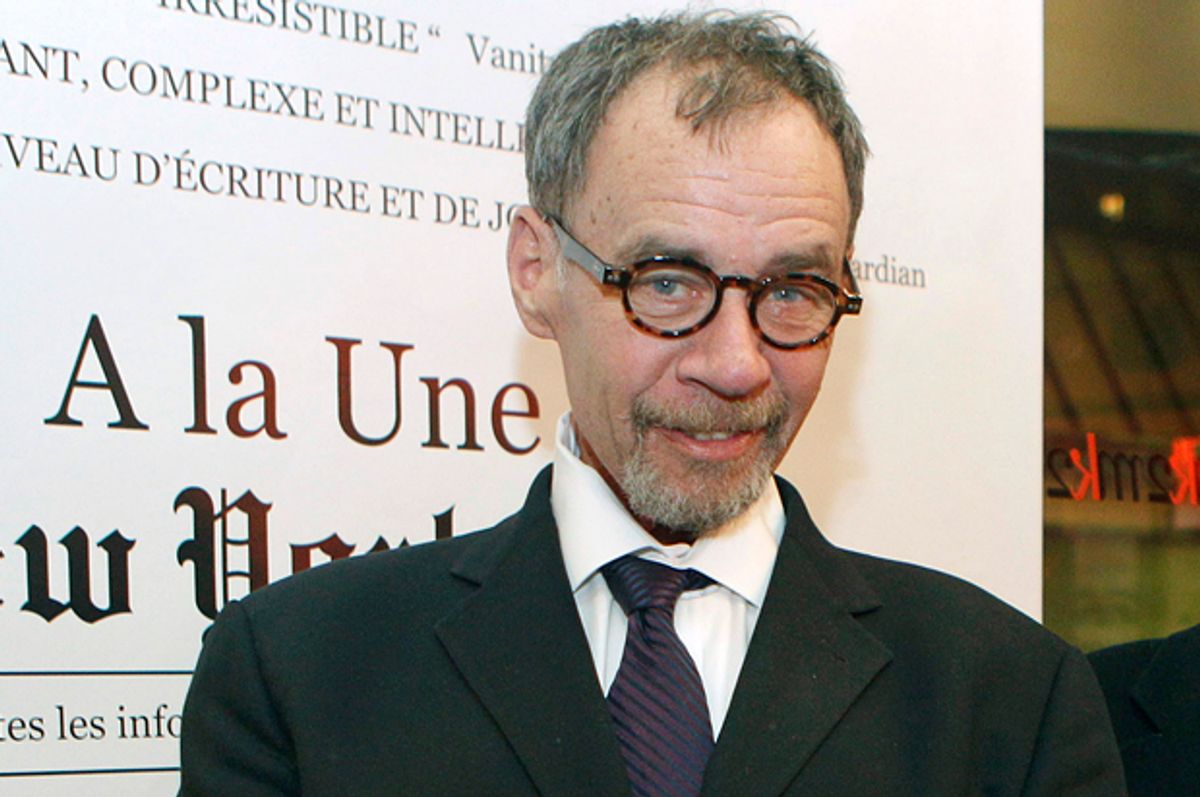 David Carr, acclaimed New York Times media columnist and rumpled mensch, died Thursday night in Manhattan. He is survived, however, by his wife, three children -- and the sage wisdom he dispensed.

Whether it was face-to-face communication, a Reddit AMA or a college commencement speech, Carr's tell-it-like-it-is approach to storytelling was always a treat.

We've rounded up some of Carr's wisest moments from around the web to commemorate.

On how a young, aspiring journalist can achieve success (Reddit AMA):

"You have to make stuff. The tools of journalism are in your hands and no one is going to give a damn about what is on your resume, they want to see what you have made with your own little fingies. Can you use Final Cut Pro? Have you created an Instagram that is about something besides a picture of your cat every time she rolls over? Is HTML 5 a foreign language to you? Is your social media presence dominated by a picture of your beer bong, or is it an RSS of interesting stuff that you add insight to? People who are doing hires will have great visibility into what you can actually do, what you care about and how you can express on any number of platforms."

On fitting into a company's culture (Vanity Fair):

"Before you stick out, you have to fit in. So to be a worker among workers, it's really important to establish the fact that you're willing to get in the boat and row. Don't try to go to the front of the boat before you've earned your place."

"We want our anchors to be both good at reading the news and also pretending to be in the middle of it."

On how to make it in journalism (Dublin Institute of Technology):

"The fact that you’ve got stories that landed that were real, even though they didn’t end up where you wanted, those are yours, those are yours to keep and if you get enough of them pretty soon someone will hand you a megaphone and you’ll be able to shout out from a very high perch indeed; stay at it. I mean, my advice is remain patient but be impatient with your patience."

On the key to effective journalism (@carrasquillo):

On learning to love New York ("The Night of the Gun"):

"The trick of enjoying New York is not to be so busy grinding your way to the center of the earth that you fail to notice the sparkle of the place, a scale and a kind of wonder that puts all human endeavors in their proper place."

On dealing with the people of Twitter (Sasha Stone, @AwardsDaily):

"I think of News Corporation as very talented entertainment and media organization that will use whatever sort of leverage that they can. They are like a pirate ship that comes to whatever port they are in, surveys the landscape and then gets to work."

On getting through the day and the meaning of life (Medium):

"Everything — every relationship, every person, every job — has its time in life, and then, as he noted, all of a sudden it doesn’t."

"They're not your friends, they're your fake friends." Best advice ever from David Carr. #hollywood #life

On the 'decency' of the future generation (Commencement speech, UC Berkeley's Graduate School of Journalism):