Facing accusations of corruption, John Kitzhaber is set to step down 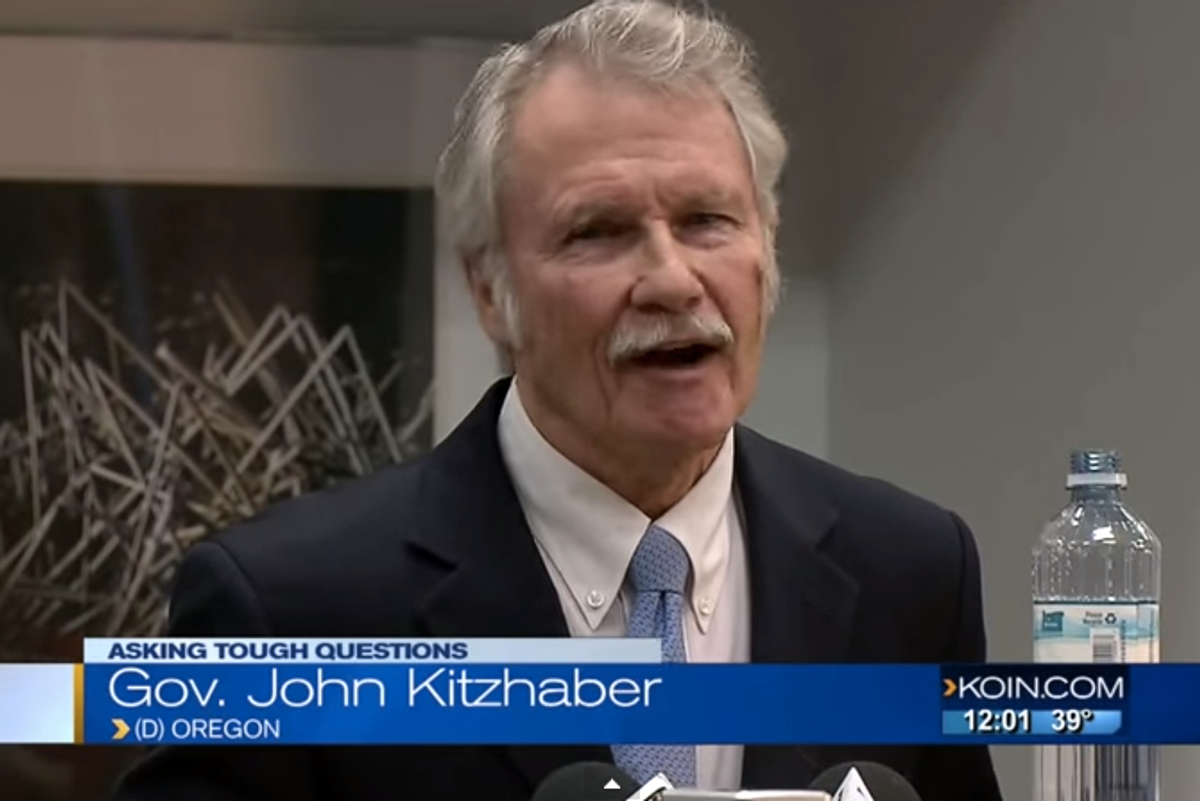 Gov. John Kitzhaber of Oregon will resign in the midst of influence-peddling accusations, The Oregonian reports.

On Thursday, the Portland alternative weekly Willamette Week reported that Kitzhaber's office tried unsuccessfully to destroy thousands of emails amid the probes.

Calls for Kitzhaber's resignation have mounted over the past several days, with The Oregonian's liberal-leaning editorial board among the first to demand that the governor step aside last week. That push culminated late this week, as top Democrats in the state abandoned the governor.

The governor had been on the verge of resigning earlier this week, but in a meeting she described as "strange," he told Secretary of State Kate Brown that he'd be remaining in office. Because Oregon has no lieutenant governor, Brown will succeed Kitzhaber once he leaves office. She will become the first openly bisexual governor in American history.