The most totally new wave music videos of all time

To celebrate the late Visage frontman Steve Strange, we found these big haired classics in the time capsule 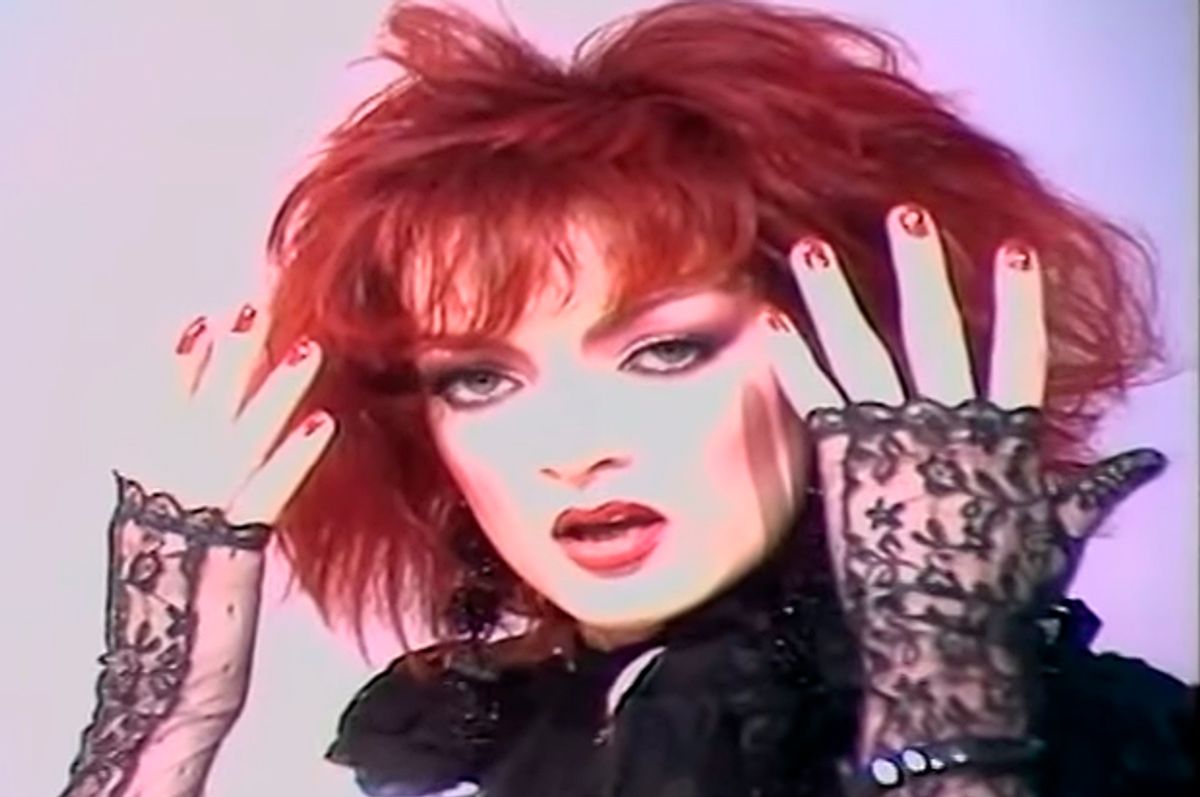 When the British musician known as Steve Strange died in Sharm el-Sheikh, Egypt on Thursday at the age of 55,  he was mourned by friends and colleagues like Boy George and Billy Idol as an icon of a unique moment in pop music. As the lead singer of Visage, Strange was a perfect embodiment of the early eighties dawn of the video age, and a forerunner of contemporary acts like Franz Ferdinand and Marina and the Diamonds.

As a teenager in the eighties, I lived through raging debates over what, exactly, that sound was, and what made a band punk or synth or new romantic or power pop or new wave. And while thirty years later, you can still find aging Pet Shop Boys fans willing to go to the mat for how they'd categorize their favorite artists of the time, I think the passing of Steve Strange calls for an unabashed appreciation of the most new wave of the new wave videos. The qualifications for this list were simple – icy cool rhythms, inexplicable dance moves, mountains of makeup, enormous hair and low, low, low production values. All I can tell you is that we didn't quite understand what it was all supposed to mean either.

Talking about new wave without talking about Adam Ant is like talking about bread without talking about gluten. The only challenge is picking a single video to represent his unyielding commitment to his character. His discography reads like my own sexual progression through the era, from "Goody Two Shoes"  to "Stand and Deliver" to "Desperate But Not Serious." I'm calling it for his early hit "Ant Music," on the basis of the dancing girl wearing a keyboard shirt.

Oozing a late disco-era beat but stripped down for the dawn of the video age, the English musician's only hit was a harbinger of the bored, dead-eyed look that the girls in the Robert Palmer videos would later raise to an art form.

Flock of Seagulls: I Ran

Mirrors. Foil. Garbage bag costumes. Walking ominously toward the camera. This video had a budget of $25, $15 of which was for eye makeup, and the song still became the biggest thing in the universe.

Though he did not usher in a bold new era of Belgian pop stars, Betrand's 1977 giddy single was one of the very first bona fide new wave hits, and inspired drunk college students to pogo while slurring in French for years and years to come.

It is impossible to watch the early work of the LA band and not think that Lady Gaga owes everything she is to Dale Bozzio.

Please enjoy the ridiculously baby-faced music legends making vague efforts to dance, interspersed with multiple shots of the all important keyboard. Fun fact: Dance clubs were basically required by law to play this and New Order's "Bizarre Love Triangle" for the duration of the Thatcher era.

An unapologetic ode to being a tease, singer Patty Donahue's deadpan brag looked like a Fiorucci ad come to life.

The video that said, yes, flower pots on your head can be a thing is still one of the most unnervingly, David Lynchian creepy, mini movies ever made.

Bascially it's three minutes of Marc Almond frightening a child. They don't make them like that any more.