The lost stars of "SNL": 8 famous performers who bombed on Saturday night 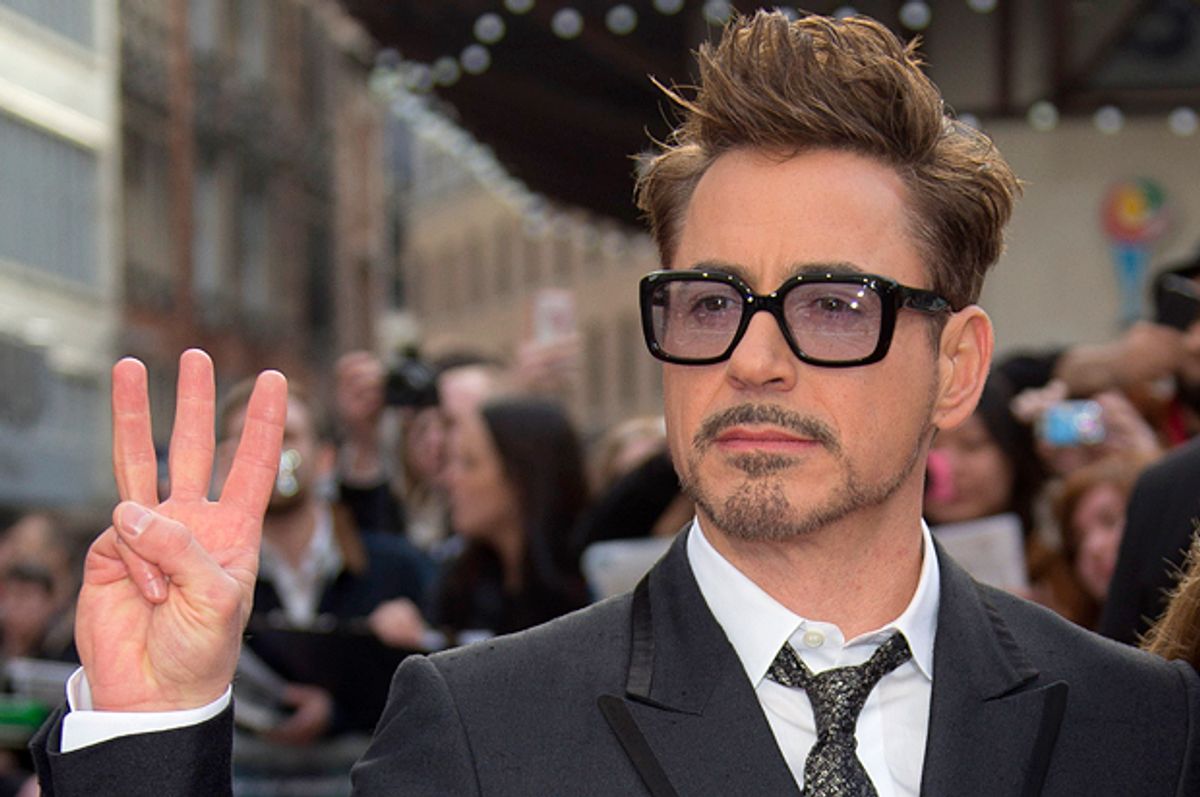 NBC had a hard enough time packing its star-studded alums into a reasonably sized time slot -- finally settling on 3 1/2 hours -- for tonight's "SNL 40" broadcast. Now, imagine how much longer that program might have been if it included all the comedians Lorne Michaels gave the axe to throughout its 40-year run.

The 70-year-old exec has notoriously given it straight to many featured performers on the show -- and tonight, while the "SNL" family romps around the stage celebrating Michaels' brainchild, others will surely be tuning in from afar and regarding their brief stints on the show as a small hiccup in an otherwise wildly successful career.

Here's to all the celebs who didn't need Lorne Michaels, anyway.

(Honorable mentions go to Lisa Kudrow, Stephen Colbert and Steve Carell who weren't even fortunate to make it through the audition phase of the show.)

After rising tensions over his sketches not being selected for the show, Wayans decided to take matters into his own hands. During the sketch "Mr. Monopoly," in which Wayans was asked to play a hard-nose cop, he went off script and played it as effeminately as possible. Reflecting on this decision, he told The Weekender in a recent interview:

"They didn’t let me do what I wanted to do on 'SNL,' which I came to learn was Lorne Michaels’ way of protecting me from looking like I was trying to be the next Eddie Murphy. It was right after Eddie Murphy left the show and they weren’t letting me do things that he would do. So, I went against the script. That was my frustration."

Needless to say, Michaels was not pleased with the creative license he took and fired the actor after that night's taping.

What with a critically acclaimed indie under her belt, a recurring role on "Parks & Recreation," and the runaway success of her "Marcel the Shell" character, it's fair to say that Slate is doing pretty OK for herself — even after her terribly tragic (but kind of metal?) slip-up on "SNL." During Slate's big debut alongside Kristen Wiig, Slate dropped an F-bomb on live television and was asked to leave. On Jesse Thorn's podcast, "Bullseye with Jesse Thorn," Slate noted that Lorne Michaels had a very diplomatic and gentle way of letting her go from the show. Recapping what went wrong on live television, Slate said:

"I was so used to being a stand-up comedian, and I had written that sketch. I never thought of it as something I could make a mistake at. I knew all the rules and everything. It just it never crossed my mind that I would make a mistake."

The 11th season cast of "SNL" wasn't a tremendously lucky bunch. (Indeed, most were not asked to return the following year.) Among them, Joan Cusack, now twice nominated for an Academy Award, was widely known as the Chicagoan alt-girl who just didn't find "Out of Africa" that funny. During her brief stay, she filled the role of "Selina" the awkward girlfriend to Jon Lovitz's character, Biff.

For a hot second, in 1982, Dreyfus made history on "SNL" as the youngest female cast member on the show. Louis-Dreyfus told Entertainment Weekly in a 2013 interview that transitioning from college improv into "SNL" wasn't easy. She described the vibe of the show in the '80s as "dog-eat-dog" and went on to say: "Plus, there were a lot of drugs, and I didn’t realize everybody was on drugs."

One good thing did come from this experience, however: She met Larry David behind the scenes of the show — which, of course, would evolve into her iconic role as Elaine on "Seinfeld."

Riding on the wave of fame from "Weird Science" and several off-broadway roles, Downey Jr. was brought on for the 11th season to spice things up a bit as a big-name talent. Notable sketches of Downey Jr.'s included "Suitcase Boy," and not much else. After ratings tanked, Michaels took a torch to the show, and fired every cast member but four. Downey Jr. was not one of the lucky four.

The prolific comic only lasted 18 weeks on "SNL" as a writer and cast member. Though her appearances on the show were few and far between, she did make a memorable one-time correspondent on Weekend Update in 1994, covering the news that "mattered" the most -- e.g. her most recent pap smear.

Reflecting on the cut-throat nature of the show, Silverman told TV Guide in 1997:

"SNL was the best boot camp. Then I got fired. So I went to L.A. and immediately got hired on a pilot. Right before we shot the first episode, I got fired. After that, I was so gun-shy. I'd wait until the last second to show up at any job, plenty of time for my manager to call and say, 'Don't show up, you're fired.' And then, little by little, I didn't get fired anymore."

Riggle was featured as a cast member on the 30th season of "SNL," but never secured any recurring roles. He did appear once on Weekend Update, and took on a handful of impersonations, including Howard Dean and Mark McGwire. Eventually, he was able to find fame elsewhere — using his Weekend Update skills to tackle the role of a correspondent on "The Daily Show," before diving into a handful of bro-centric projects such as "The Hangover," "Step Brothers," and "21 Jump Street."

The "SNL Gottfried" — a rarely-used bit player during the show's 6th season — was much different than the Gottfried we've come to recognize today. His quirks were less visible and his volume largely dialed back. His one and only recurring character was on "What It's All About," as a cohost named Leo Waxman.

He would, of course, go on to become the iconic parrot Iago in "Aladdin," and likely your favorite square on "Hollywood Squares."