"What are they going to do, fire us? We don't work here anymore." 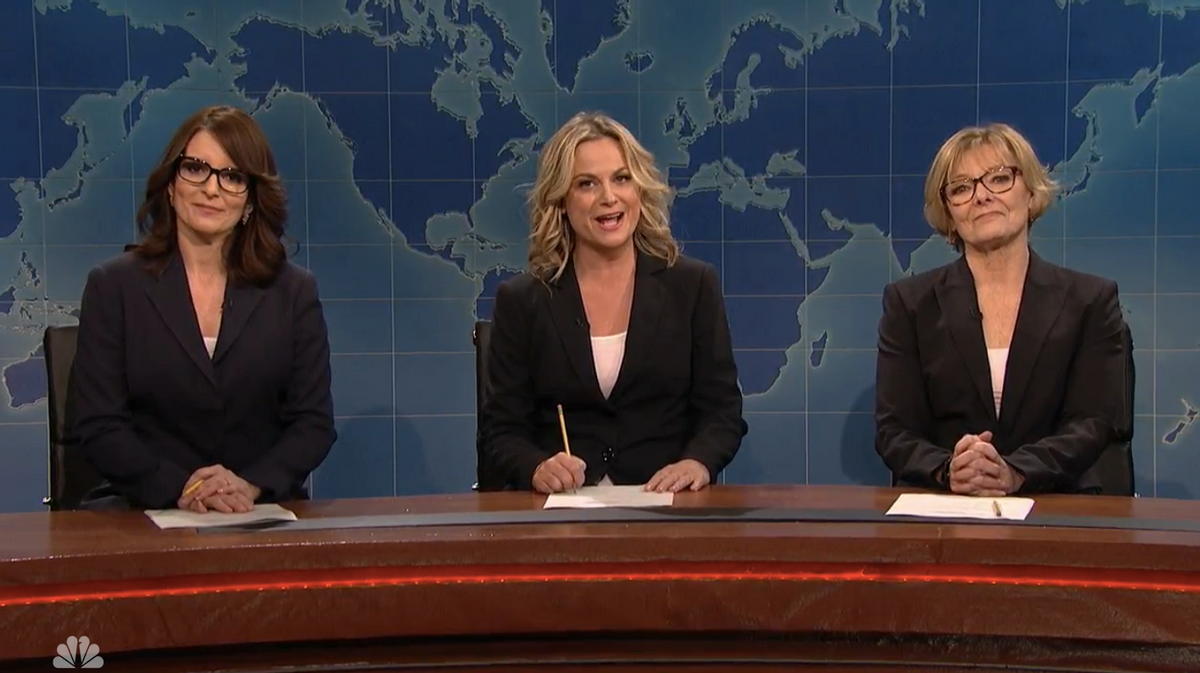 As if no time had passed at all,  Tina Fey, Amy Poehler and Jane Curtin reclaimed their spots at the Weekend Update desk Sunday night to remind us all of the golden age — back when you could get a 57-cent gallon of gas, that is.

Weekend Update pioneer Jane Curtin remembers this time well (she held down the Update fort from 1976-80, after Chevy Chase left) and used her return into the limelight to take a beautiful swing at Fox News: "I used to be the only pretty blonde girl reading the fake news. Now, there's a whole network devoted to that."

But it wouldn't be a true Weekend Update without some interruptions from wacky celebrity guests, and there was no shortage in that department. Emma Stone paid tribute to one of her favorite characters, Roseanne Rosannadanna ("nerd!"), Edward Norton filled us in on the hottest clubs in New York as the beloved Stefon ("jealous?") — and Melissa McCarthy crushed the entire desk after lifting us up with a Foley-ian motivational speech ("I am divorced and I live in a van by the river!").