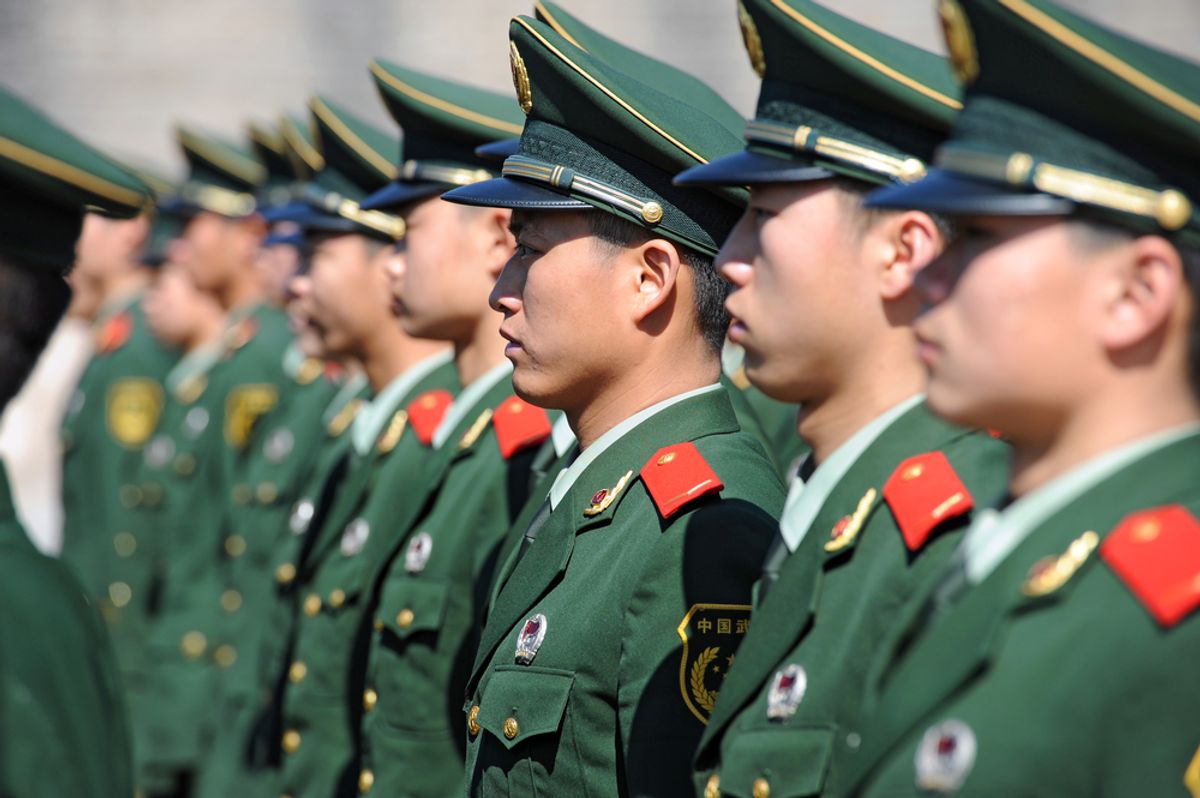 A new policy enacted by China's People Liberation Army requires that military officers meet certain weight limits and fitness qualifications before being promoted, according to a report from the military's official paper, People's Liberation Army Daily. Chinese officers have long been mocked for being out of shape and unfit for battle.

While the announcement did not provide specifics regarding acceptable weight, it did clarify that the military will aim to have 95 percent of soldiers at an acceptable weight by 2020 in an effort to improve mental and physical health of the troops, and to build an army that can "match the features of modern war and to meet the standard to fight and win battles."

The average Chinese soldier is now 2 centimeters taller and has a waist 5 centimeters larger than 20 years ago, the paper reported in February last year, saying some were too big to fit comfortably inside tanks.

The military last June relaxed its physical standards to attract better-educated recruits, the China Daily reported at the time, citing the Defense Ministry. The height requirement for a male candidate was lowered two centimeters to 1.6 meters (5 foot 2 inches) and the upper weight limit eased. Eyesight standards were also loosened, as nearly 70 percent of high school and college students in China are short-sighted, it said.

The news led to a flurry of mockery on the Internet-- specifically of Mao Xinyu, a famously chubby major general who, according to the New York Times' Austin Ramzy, is "conspicuously overweight and often appearing stuffed into his too-small uniforms."

One commenter wrote: "So this means the heavier you are, the higher you climb, like Mao Xinyu."