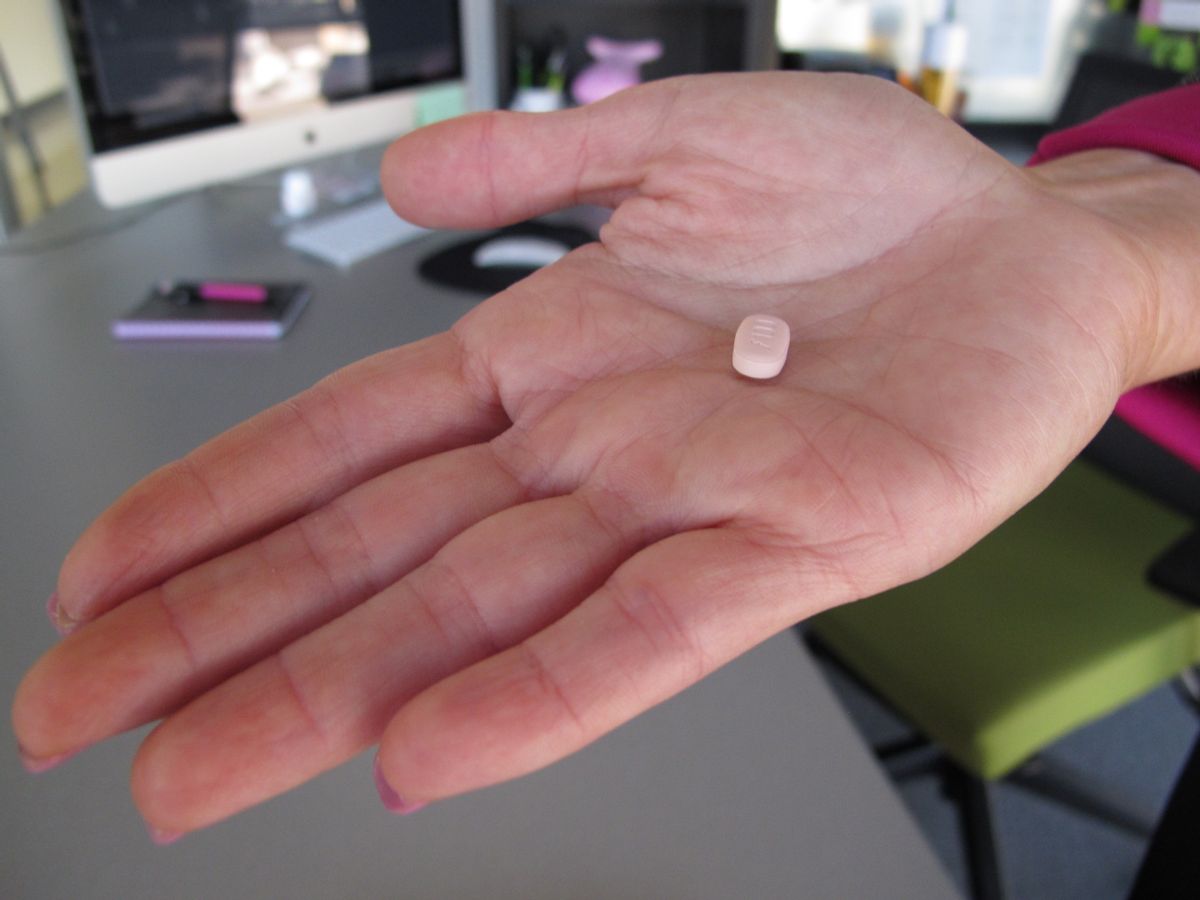 We've been pushing the same headline for years now: Some play on "Women's Viagra, coming soon." So far, the long-promised "little pink pills" for female sexual dysfunction haven't made it to market, leading to allegations of gender bias at the FDA and a reframing of the issue as a question of women's rights. Once again, there's another push to make available a drug specifically for women's sexual health -- and it's for real this time.

After being rejected twice by the FDA, drug developers at Sprout Pharmaceuticals are working with politicians and lobbyists on another massive effort to repair the imbalance of sexual health drugs available to men and women. Groups such as Even the Score, a consumer coalition that has been vocal in petitioning the FDA to approve Sprout's drug, flibanserin, are challenging several unresolved questions about the drug's efficacy and side effects, according to the Associated Press:

Sprout said Tuesday it is refiling its application for flibanserin, adding new information requested by the FDA about how the pill affects driving ability. FDA scientists requested that data after their most recent rejection of the drug, in part, due to results showing nearly 10 percent of women in company trials reported sleepiness as a side effect.[...]

Sprout resubmitted the drug with additional effectiveness and safety data, but the FDA again rejected the drug in October 2013. After Sprout filed a formal dispute over the decision, FDA regulators requested the driving study and other details on the drug's interactions with other medications.

As Sprout gathered that data, the company also enlisted support from influential allies in Washington and beyond. Last January four members of Congress, including Rep. Debbie Wasserman Schultz, D-Florida, sent a letter to the FDA, urging a careful reassessment of the drug and lamenting the lack of drug options for low female libido.

Last October, the FDA organized a workshop to explore options for female sexual arousal treatments, seeking to resolve many of the questions regarding women's sexuality that are often used as defenses for the dearth of pharmaceuticals. While prompting workshops isn't exactly the goal of lobbying efforts, it seems the work of Even the Score and other groups -- such as the National Organization for Women and the National Consumers League -- could eventually push the FDA to prioritize women's sexual health, whether it takes the form of a little pink pill or not.