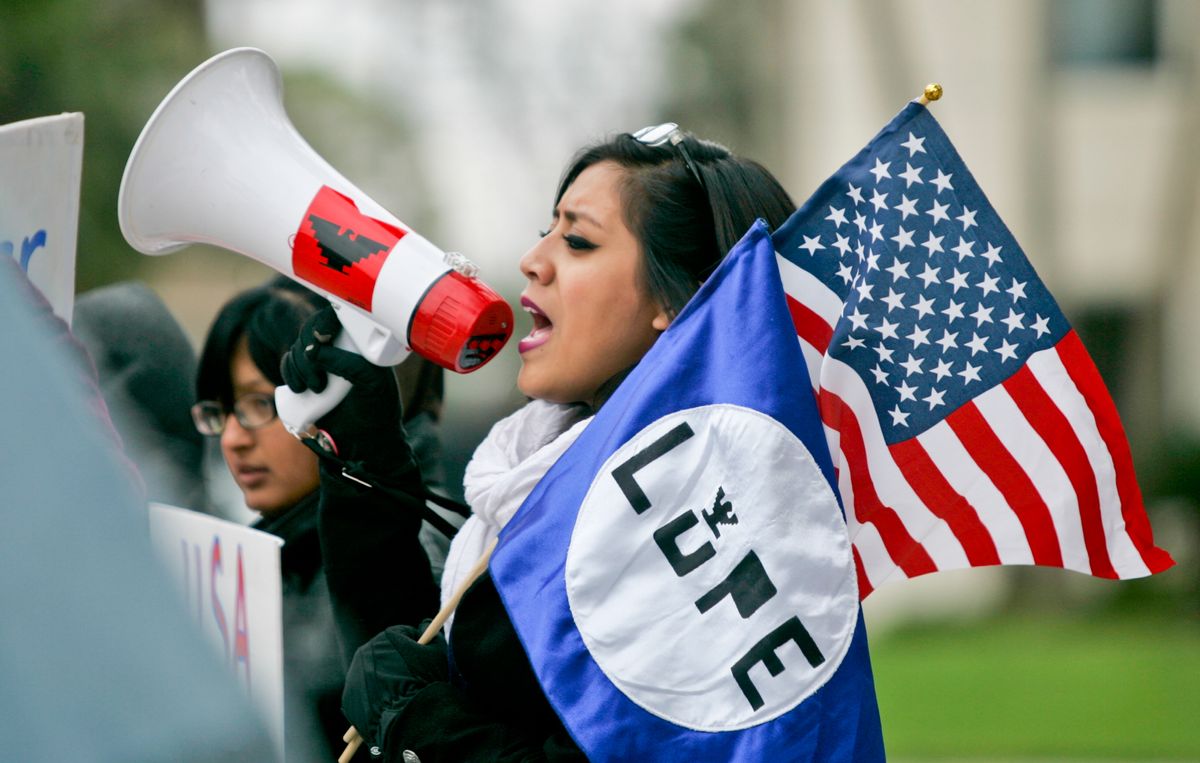 A protester holds an American flag as well as a L.U.P.E flag as she chants in to her megaphone outside of the federal courthouse in Brownsville, Texas, Tuesday, Feb. 17, 2015. L.U.P.E, La Union del Pueblo Entero is a non-profit community organizing arm of the farm worker movement. They are protesting the preliminary injunction on immigration case that was granted by U.S. District Judge Andrew Hanen. (AP Photo/The Brownsville Herald, Yvette Vela) (AP)
--

1. HOW WHITE HOUSE IS RESPONDING TO IMMIGRATION SETBACK

Obama vows to appeal and predicts he'll succeed in overturning a judge's ruling that puts on hold his executive action on immigration.

The source of the malware is unclear. But it apparently has elements in common with the so-called Stuxnet worm, said to have been developed by the U.S. and Israel.

3. WHO'S STEPPING UP TO LEAD FIGHT AGAINST EXTREMISTS IN MIDEAST

Egypt is already battling militants in the Sinai Peninsula and helping Saudi Arabia defend its borders. Now it's trying to organize an international coalition against the IS group in Libya.

Biden's behavior at two events creates awkward moments for a cabinet secretary's wife and for an audience of religious leaders.

The uproar jolts an election campaign in which the prime minister's opponents have tried to portray him as enjoying a lavish lifestyle.

6. WHY FRANCE IS SOUNDING AN ALERT

A top security official says the nation is tracking hundreds of people believed to belong to possible sleeper cells for terror organizations.

Other than a few scenes shot with a MacBook Pro, the Feb. 25 episode of the ABC show was captured entirely with iPhone 6s and iPads.

In a vague handwritten note referencing "the mistakes that led to my suspension," the MLB star says he's ready "to put this chapter behind me and play some ball."

Every dog needs to do its business — and that means unwelcome trips outside for Chihuahuas and other pooches unaccustomed to the kind of frigid weather blasting New York.