Ruth Bader Ginsburg is this Supreme Court's liberal hero, but her work sits on the shoulders of Dr. Pauli Murray 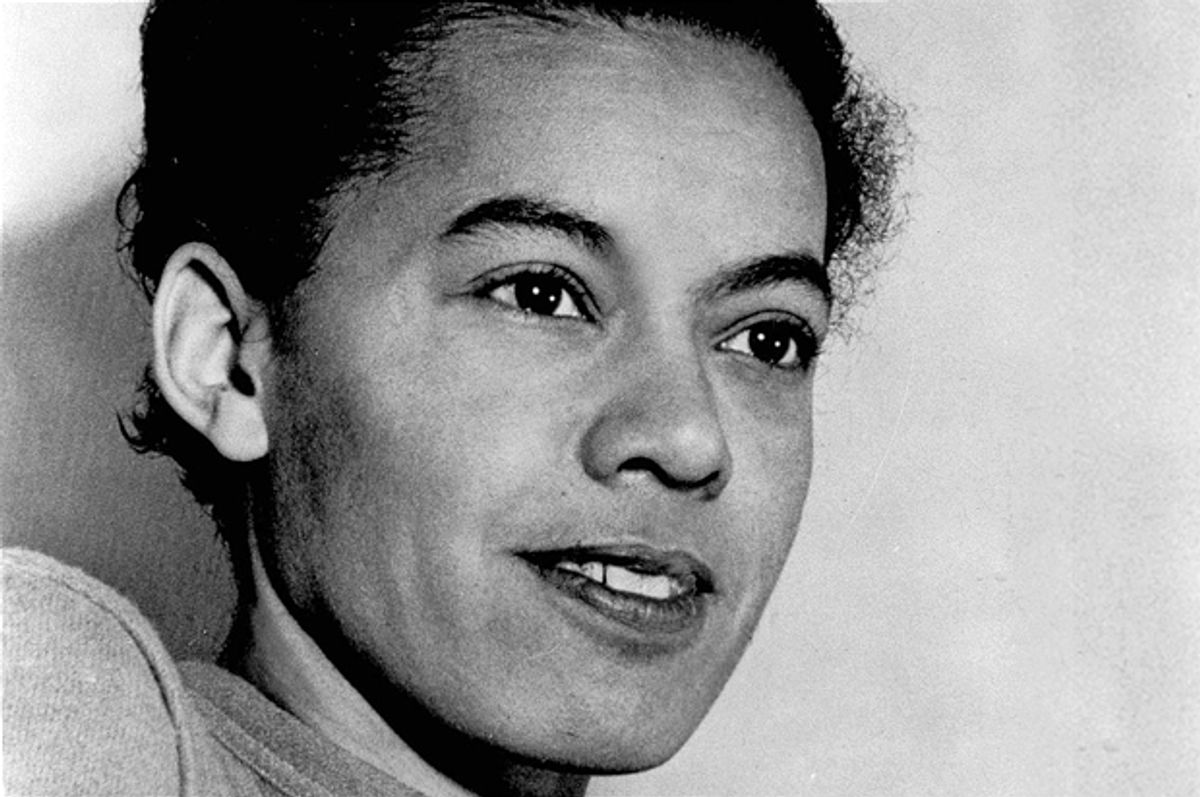 Ruth Bader Ginsburg has emerged as the liberal hero of a hopelessly right-wing Supreme Court, a ram in the bush for those of us who look on in horror as the court presides over the dismantling of key pieces of legislation like the Voting Rights Act, anti-discrimination law and affirmative action policy, which have been so critical to African-American advancement since the 1960s.

In a recent interview at Georgetown University, Ginsburg reflected on the history behind one of her key legal accomplishments, the 1971 case of Reed v. Reed. After an estranged couple lost their son, his mother, Sally Reed, petitioned to administer his estate. But Idaho law maintained that “males must be preferred to females,” in such matters. Ginsburg authored the plaintiff’s brief for the case when it reached the Supreme Court, arguing that the 14th amendment protected against discrimination based upon sex. When the court ruled in Sally Reed’s favor, it was the first time that the Equal Protection Clause had been applied to a case of sex discrimination.

But much of the legal groundwork for that argument can be attributed to Dr. Pauli Murray, a Howard University-trained lawyer, who began to argue in the 1960s, that the Equal Protection Clause should be applied to cases of sex discrimination in much the same way that it had been applied to cases of racial discrimination. Murray’s argument constituted what legal historian Serena Mayeri termed “reasoning from race,” in which race analogies were used to make clear the subordinate status of women. Though today we speak of these matters in the language of intersections, a term gleaned from legal scholar Kimberlé Crenshaw, it is Pauli Murray’s initial invocation of the race-sex analogy for black women’s positionality within the law that is the most direct precursor to Crenshaw’s theory of intersectionality.

Ginsburg named Murray and Judge Dorothy Kenyon as co-authors of her brief in the Reed case, because even though they didn’t help to write it, these two women had been pioneers in creating the legal strategy for fighting sex discrimination. Ginsburg’s choice to name these women as co-authors is a model for how to solve contemporary issues among young feminists over white feminists’ appropriation without attribution of the intellectual and political labor of women of color.

Pauli Murray is one of the most pivotal figures in 20th century African-American civil rights history, but beyond academic circles, she is not very well known. In 1944, she graduated as the valedictorian of her Howard University law class, producing a senior thesis titled “Should the Civil Rights Cases and Plessy Be Overruled?” Trained by William Howard Hastie and Leon Ransom at Howard, Pauli Murray had been witness to their early legal strategy of combating separate but equal doctrine by forcing states to either make black institutions equal to their white counterparts or integrate white institutions, if they failed to do so. However, she argued that Plessy v. Ferguson was inherently immoral and discriminatory and should be overturned. When she brought up this argument to her classmates, she noted that her suggestion was received with “hoots of derisive laughter.” Murray coined the term “Jane Crow” to name the forms of sexist derision she frequently encountered during her time at Howard. It was the piece she co-authored in 1965 called “Jane Crow and the Law” that Ginsburg cites as so influential in her thinking about legal remedies for sex discrimination. Nearly 10 years later, in 1953, Spottswood Robinson, Thurgood Marshall and others pulled out a copy of her senior paper and used it as a guide to strategize how they would argue the Brown v. Board case. They didn’t bother to mention this until about 10 years later, when she ran into Robinson at Howard Law School.

In 1966, as a board member of the ACLU alongside Dorothy Kenyon, Murray co-wrote the brief used in the Lowndes County, Alabama, case of White v. Crook. This case struck down the constitutionality of the all-white, all-male jury system. When the all-female, nearly all-white jury in the George Zimmerman trial failed to return a satisfactory verdict in that case, I thought about the supreme irony of Pauli Murray’s legacy, wondering if perhaps she was, at that moment, turning over in her grave.

But it is not just racism and sexism that shaped her experiences as an attorney, activist and civil rights leader in the early to mid-20th century. Pauli Murray was a gender nonconforming person, who favored a masculine-of-center gender performance during her 20s and 30s. She struggled both with her sense of gender identity and with her sexual attraction to women. She asked doctors to administer male hormones to her in the 1930s, and tried to convince one doctor to perform exploratory surgery to see if she had “secreted male genitals.”

In today’s terms, she very probably would have embraced transgender identity, and might have identified as a trans* man. That terminology was not available to Murray in the 1930s and 1940s, since it was not invented until the 1950s. Like so many other facets of Murray’s life, she was a couple of decades ahead of her time. Throughout her life she chose to openly pursue passionate, romantic partnerships and friendships with women. She was never in the closet; her family and friends and other civil rights leaders knew of her queer identity.  But by the 1950s, Murray was an established and up-and-coming civil rights attorney.  That, coupled with her past participation with the Communist Party in her early adulthood, made her a target of the Red Scare. By the time she wrote her autobiography, "Song in a Weary Throat," she wiped all mention of her same-sex relationships from explicit mention in the text, though she left clear traces of these interactions and struggles in her archives.

It is incredibly important to situate Murray within these lesser-known genealogies of queer and feminist black civil rights activism. The civil rights struggle demanded respectable performances of black manhood and womanhood, particularly from its heroes and heroines, and respectability meant being educated, heterosexual, married and Christian. Murray’s open lesbian relationships and her gender nonconforming identity disrupted the dictates of respectability, making it easier to erase her five decades of important intellectual and political contributions from our broader narrative of civil rights.

By the end of her life, Murray chose to pursue her passion for Christianity and the ministry, becoming the first black woman to be ordained an Episcopal priest in 1977, and helping along the way to lay the groundwork for what we now know as womanist theology.

Part of the work of Black History Month is to rectify the erasures of African-American contributions, and Pauli Murray’s accomplishments and firsts are so voluminous as to need multiple books to fully appreciate the magnitude of her contributions. But Ruth Bader Ginsburg’s courageous choice to name and highlight “the shoulders on which she stands” remind us that even though no African-American woman yet sits on the Supreme Court, and Loretta Lynch has yet to be confirmed as attorney general, the political legacy of black women’s contributions to the American freedom project are present and powerful even when we cannot see them.