The pop-punk guitarist says he has first-hand knowledge that the truth -- yes, alien life -- is out there 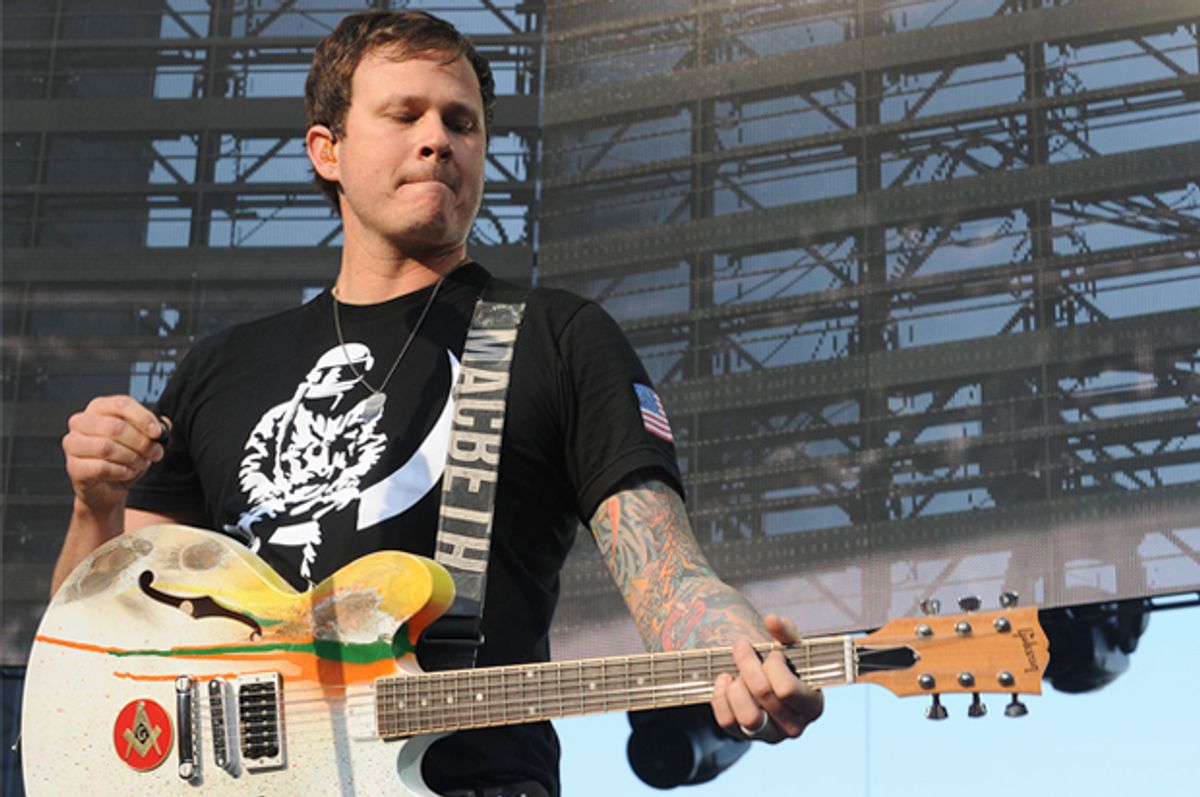 Former Blink-182 guitarist Tom DeLonge sat down with Paper Magazine this week to discuss his fervent belief in extra-terrestrials. The public word-scuffle between DeLonge and one-time bandmates Travis Barker and Mark Hoppus about the band’s collapse put the musician back in recent news, giving him a platform to air his concern for alien activity, starting with a Nazi connection:

“Years ago, there was somebody who was gathering 150 hours of top secret testimony specifically for Congressional hearings on government projects and the US secret space program. People from NASA, Rome, the Vatican, you name it, they’re all on there. The top 36 hours that summarized the best parts of all of that footage, I had it hidden in my house for a period of time, and during that time I was flying this person out along with somebody that was Wernher von Braun's right-hand assistant. Wernher von Braun was a Nazi scientist that we brought over to build our Apollo rockets that got us to the moon, and on his deathbed he told this person a bunch of stuff, and I was flying them out to Los Angeles and we were taking certain meetings. At that time a lot of weird stuff started happening.”

The guitarist then describes in detail a camping trip near Area 51 in which his long-lived suspicions came to a head:

“My whole body felt like it had static electricity, and I open my eyes and the [campfire] is still going, and there's a conversation going on outside the tent. It sounded like there were about 20 people there, talking. And instantly my mind goes, 'OK, they're at our campsite, they're not here to hurt us, they're talking about shit, but I can't make out what they're saying. But they're working on something.' Then I close my eyes and wake up, and the fire is out, and I have about three hours of lost time.”

DeLonge also claims to have experienced temporary paralysis at the hand of the aliens who woke him up. But he's used to the scrutiny: "I've been involved in this for a long time. I have sources from the government. I've had my phone tapped. I've done a lot of weird stuff in this industry -- people wouldn't believe me if I told them."

This is not the first time the pop-rock icon has expressed an interest in outer space. He's documented UFO sightings in the past, and one of Blink 182’s most popular songs “Aliens Exist” had '90s teenagers everywhere rocking out to the tune of his deep-set paranoia.

Just watched a video of NASA Administrator saying he believes there is life on Mars.. I'm not totally crazy. Have some fun, look up-

Perhaps Mars One, the space settlement program currently running a competition to select passengers for a one-way trip to Mars, should consider adding Tom DeLonge to their list of 100 candidates, now that he's officially quit the band.