Jam bands are smarter than indie rockers: They made the pointless concert album all but obsolete 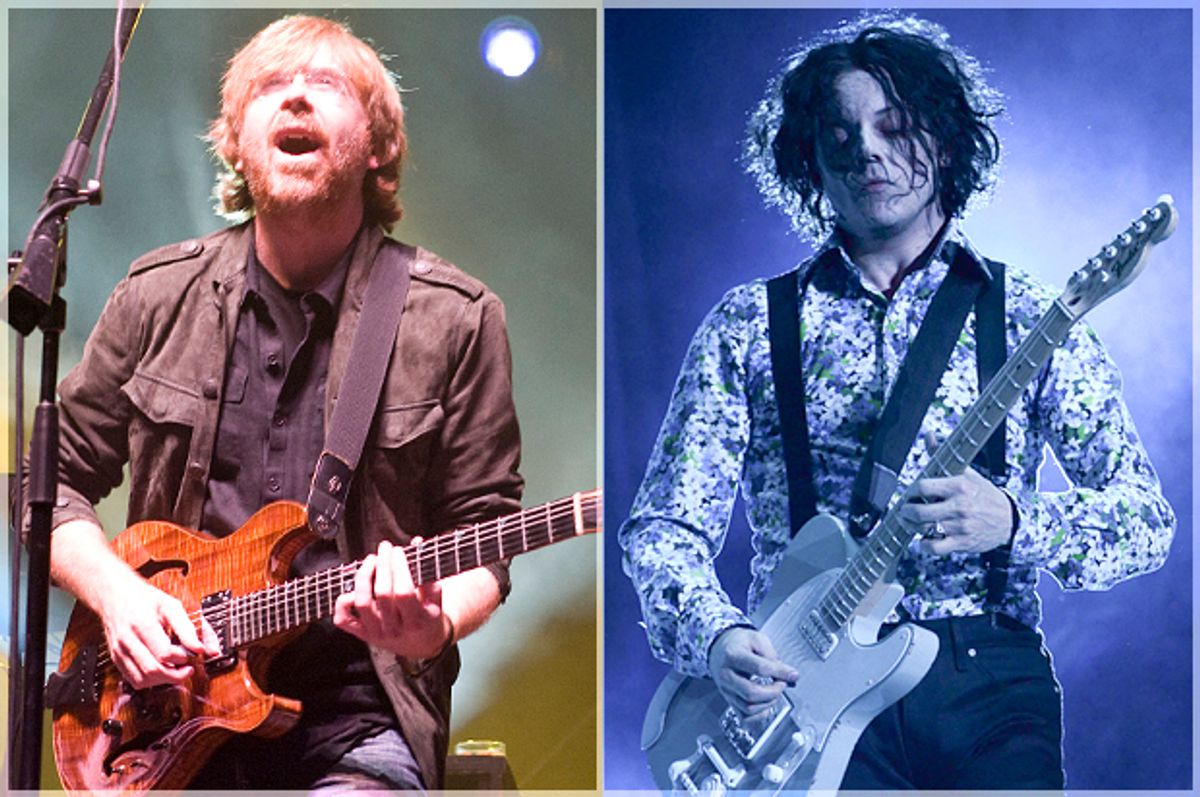 For some reason, musicians are still releasing live albums.

There’s been a spate of them recently, with new concert recordings on CD or DVD from acts including Jack White, Leonard Cohen, Dr. Dog, Phosphorescent and Ty Segall, and more on the way from the likes of Rob Zombie, Eels and Eilen Jewell. It’s just not clear why.

It’s not the ’70s anymore, when concert albums could be key entries in a rock ’n’ roll discography. Wide-release live LPs are basically pointless now, in an age where concert audiences are constantly filming everything on their smartphones anyway, to say nothing of the glut of performance sessions that have made “live” music more accessible than it’s ever been. Among others, NPR’s Tiny Desk, World Café, Daytrotter, Wild Honeypie, KCRW, KEXP, “Live From the Artists Den,” Mason Jar Music, “1 Mic 1 Take” and “Austin City Limits,” the granddaddy of them all, have made it possible to see performances by a vast array of acts without ever leaving your couch.

Many of those sessions are now sought-after promotional opportunities for the artists involved, especially small acts on the rise, and they certainly offer a sense of what the band is like onstage. But watching St. Paul and the Broken Bones, say, play in Bob Boilen’s cubicle at NPR isn’t the same thing as going to see them in a club, just like listening to Jack White’s 2014 Bonnaroo performance isn’t the same as actually having seen him play it in person.

That’s the thing about live albums: They’re nothing like seeing a live band. The sound quality is rarely as good, the performance is often sloppier than the studio version (or it’s been heavily doctored after the fact in the studio) and, as often as not, live albums are cobbled together from multiple shows. Dr. Dog’s new concert album “Live From a Flamingo Hotel,” for example, pulls songs from 20 different concerts on a 2014 tour. To the band’s credit, they recognized the limitations of trying to communicate with a recording what a Dr. Dog show is really like.

“The experience should be like you’re listening to a record, because you’re not actually at a show,” singer and bassist Toby Leaman told me for a Wall Street Journal story. He continued, “It doesn’t matter to me if it’s all at one specific show or something like that, the idea of it isn’t to capture a specific concert, it’s to hear what the band sounds like live.”

That’s surely enticing to fans of Dr. Dog, though many of them probably already know what the band sounds like live: In addition to frequent tours, the band since 2007 has recorded four Daytrotter sessions, a Tiny Desk performance and a World Café Live set.

Like Dr. Dog, Phosphorescent leader Matthew Houck wanted his band’s new three-LP set “Live at the Music Hall” to play like an album and not just a live record. “I think that it would be fine if, for example, if this was the first anyone ever heard from this thing called Phosphorescent,” Houck told Paste magazine. “I don’t think it would be a misleading introduction.”

He’s right about that, but it doesn’t matter: These days, thanks to a fragmented popular culture and ever narrower categories and sub-categories of music, most listeners aren’t likely to discover an act through a concert album aimed at a general audience. That hasn’t always been true. When rock radio was ascendant, live albums made the careers of the Allman Brothers Band (“At Fillmore East”), Peter Frampton (“Frampton Comes Alive”) and Cheap Trick (“At Budokan”) by giving listeners a taste of winding guitar jams, full-on pomp-rock bombast and the energizing properties of screaming Japanese teenagers, respectively, that most of them wouldn’t have heard elsewhere.

There’s no chance “Live at the Music Hall” will have a similar effect, as lovely as it is. At best, the 19-song collection, culled from four nights in Brooklyn in 2013, will serve the dual purpose that most latter-day live albums serve. Because concert recordings are relatively cheap to produce, musicians use them as stopgap releases between studio records and as a reason for another round of touring.

That’s where jam bands are smarter than indie rockers. Not only are jam bands more willing to venture outside the major-market hipster corridors on either coast to build an audience, they’ve established a steady revenue stream by treating live recordings as souvenirs, like T-shirts or concert programs. Groups like Phish, Dave Matthews Band and the Disco Biscuits offer an extensive archive of live recordings that fans can pay to download, often within hours of leaving a show. It’s worked well enough that Wilco and Bruce Springsteen, among others, have started their own versions, meaning you can choose among 40-odd Wilco live shows or more than 30 Springsteen concerts, including his legendary 1978 performance in Cleveland.

Eels has made self-released, “unofficial” live recordings available at the merch table on tour over the years, and put out a label-released concert album, “Eels With Strings: Live at Town Hall,” in 2006. The band’s upcoming release, “Eels — Royal Albert Hall,” is both concert film and live album, recorded last June at the famed London venue. While bandleader Mark Oliver Everett says he’s not entirely sure who the intended audience is for the DVD/CD (or LP) set — “I’ve been constantly mystified and amazed that anyone is paying attention” for the band’s entire career, he says — Eels’ 2014 tour seemed to him like it was worth documenting with a lavishly produced live album.

“It’s an expensive, crazy endeavor that I don’t recommend, because it’s a lot of work to have something professionally lit and shot by 11 cameras and painstakingly recorded and mixed and mastered and all of that, but that’s how special it felt to all of us,” he says. “It’s a keepsake for fans who went to a show on that tour, if that’s something they want, but it’s also the best seat in the house for someone who missed it.”

That’s the best-case scenario for a live album: interesting tour, landmark location and a lavish production that’s worth preserving. More often, those unfussy mistakes-and-all recordings offer a better sense of what a band sounds like onstage than cleaned-up, carefully curated live collections — the best concerts are more than the sum of their songs, after all.

Those recordings also give hardcore completist-minded fans the chance to really dig in and trace the evolution of songs from show to show, year to year, and it’s never been more important for bands to cater to that segment of their audiences. Houck told Paste that he records Phosphorescent’s shows every chance he gets. He ought to be selling them online. It’s still not the same as seeing the band in person, but you’ll have to leave the house for that.