The "American Sniper" came home from war and told friends he had PTSD. Then he tried to help another suffering vet 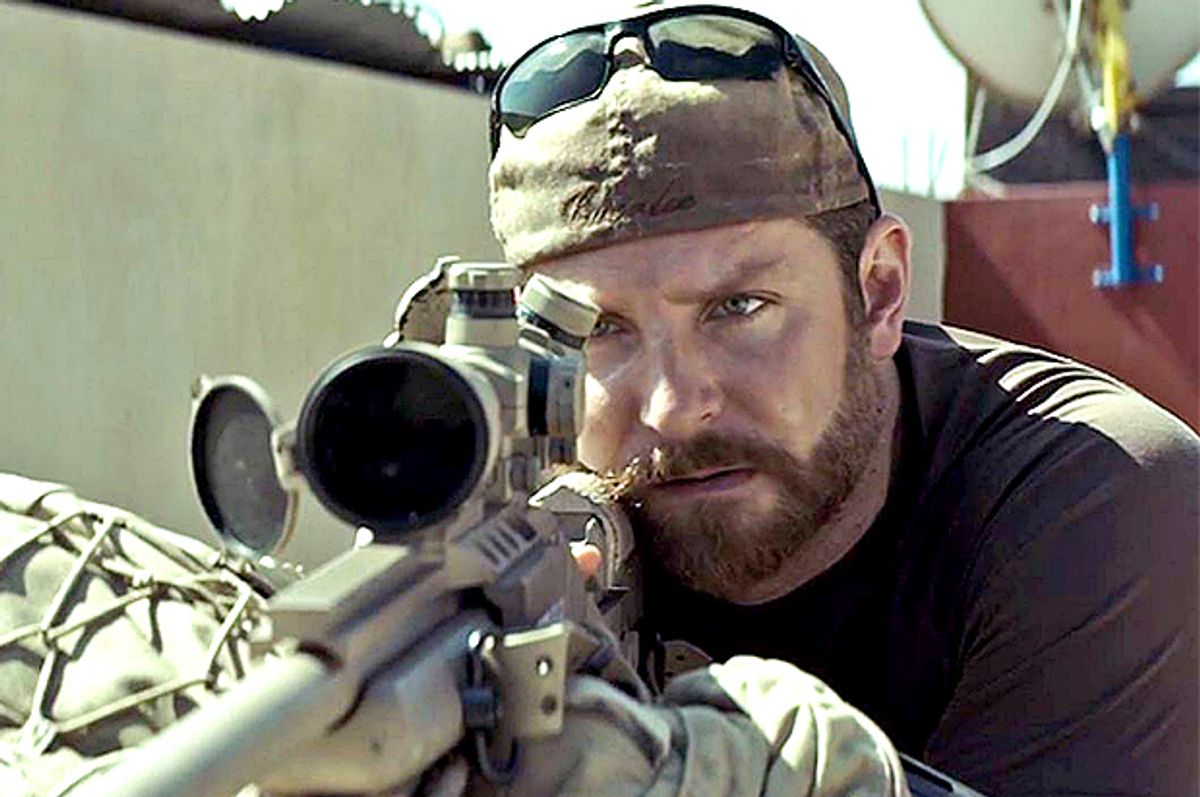 Excerpted from "The Last and Greatest Battle: Finding the Will, Commitment and Strategy to End Military Suicides"

In his best-selling memoir, "American Sniper: The Autobiography of the Most Lethal Sniper in U.S. Military History," published in 2012, Navy SEAL Chris Kyle writes that he was only two weeks into his first of four tours of duty in Iraq when he was confronted with a difficult choice. Through the scope of his .300 Winchester Magnum rifle, he saw a woman with a child pull a grenade from under her clothes as several Marines approached. Kyle’s job was to provide “overwatch,” meaning that he was perched in or on top of bombed-out apartment buildings and was responsible for preventing enemy fighters from ambushing U.S. troops. He hesitated only briefly before pulling the trigger. “It was my duty to shoot, and I don’t regret it,” he wrote. “My shots saved several Americans, whose lives were clearly worth more than that woman’s twisted soul.”

Kyle was credited with 160 confirmed kills—not only an astounding number but an indication that the U.S. military today still considers counting dead enemy something worth doing. Kyle was so good at his job that Iraqi insurgents nicknamed him the “Devil of Ramadi” and put a bounty on his head. They never collected, but the war took its toll anyway. Kyle, who learned to shoot a gun before he learned to ride a bike, saw the face of his machine gun partner torn apart by shrapnel, witnessed another comrade die when an enemy bullet entered his open mouth and exited the back of his head, and lost a third friend when an enemy grenade bounced off his chest and he jumped on it before it exploded in order to save everyone around him. Kyle also was among the many Marines who were sent to Haiti in 2010 to provide humanitarian relief following the devastating earthquake there. According to Nicholas Schmidle, whose lengthy profile of Kyle appeared in the New Yorker in June 2013, Kyle was overwhelmed by all the corpses in Haiti that were piled up on roadsides. He told his mother afterward, “They didn’t train me to go and pick up baby bodies off the beach.”

These and other experiences led to many sleepless nights when Kyle returned home, as well as days in which he lived in an alcoholic stupor. It didn’t help that in each of his sniper kills, Kyle could see through the lens on his rifle, “with tremendous magnification and clarity,” wrote Schmidle, his bullet piercing the skull of his target.

According to his medical records, Kyle sought counseling for “combat stress” after his third deployment. Like most soldiers, however, in his exit physical he said he had “no unresolved issues.”

Kyle longed to return to the war, to the world he knew the best, where everything made sense and he was in the company of others who understood him and appreciated his talents. His wife, however, said that if he reenlisted she would take their two young children and leave him. Trying to find a sense of purpose outside of combat, Kyle participated in various activities for veterans, primarily hunting trips. In addition, he started a company that provided security at the 2012 London Olympics, helped guard ships near Somalia from pirates, and served briefly as a bodyguard for Sarah Palin.

When Kyle was approached by the mother of a distressed 25-year-old Iraq War veteran named Eddie Ray Routh, who was suffering from PTSD and taking eight different medications, Kyle agreed to help. He told Routh that he, too, had had PTSD. In February 2013, Kyle and a friend drove Routh to a gun range near Kyle’s home in Texas. Kyle thought that shooting a firearm might offer some kind of therapy for Routh. Instead, Routh shot and killed both Kyle and his friend with a semiautomatic handgun before fleeing in Kyle’s pickup truck. Afterward, Routh told his sister that he killed the two men before they could kill him and that he didn’t trust anyone now.

From an outside perspective, it’s difficult to believe that a combat veteran like Routh would think he couldn’t trust one of the most revered soldiers in recent years, a man who gave his time freely to assist other veterans. Yet Routh learned from his training as well as from his own experiences in war that many people who seemed friendly or innocent really weren’t. While it’s rare for this distrust to include a soldier’s comrades, when one’s mind is warped by a combination of trauma and a cocktail of pharmaceuticals, nearly anything can happen. Seven thousand people, including Palin and her husband, attended Kyle’s memorial, which was held at Cowboy Stadium. Routh is now on trial for the two murders.

Killing others is morally reprehensible and a grievous sin. It’s also criminal, but not in war. In no other setting are people trained to kill on sight, no warnings issued or questions asked. The rule of thumb is to shoot first, and deal with any moral uncertainties later. As Tony Dokoupil notes, however, the word killing “doesn’t appear in training manuals, or surveys of soldiers returning from combat, and the effects of killing aren’t something that the military screens for when people come home.”

Excerpted from "The Last and Greatest Battle: Finding the Will, Commitment and Strategy to End Military Suicides" by John Bateson. Published by Oxford University Press. Copyright 2015 by John Bateson. Reprinted with permission of the publisher. All rights reserved.

John Bateson is the author of The Final Leap: Suicide on the Golden Gate Bridge. For more than 15 years he was executive director of a nationally certified suicide prevention center in the San Francisco Bay Area. He served on the steering committee of the National Suicide Prevention Lifeline and was part of a blue-ribbon committee that created the California Strategic Plan on Suicide Prevention.