Was David Barton 100 percent sober when he made this assertion? 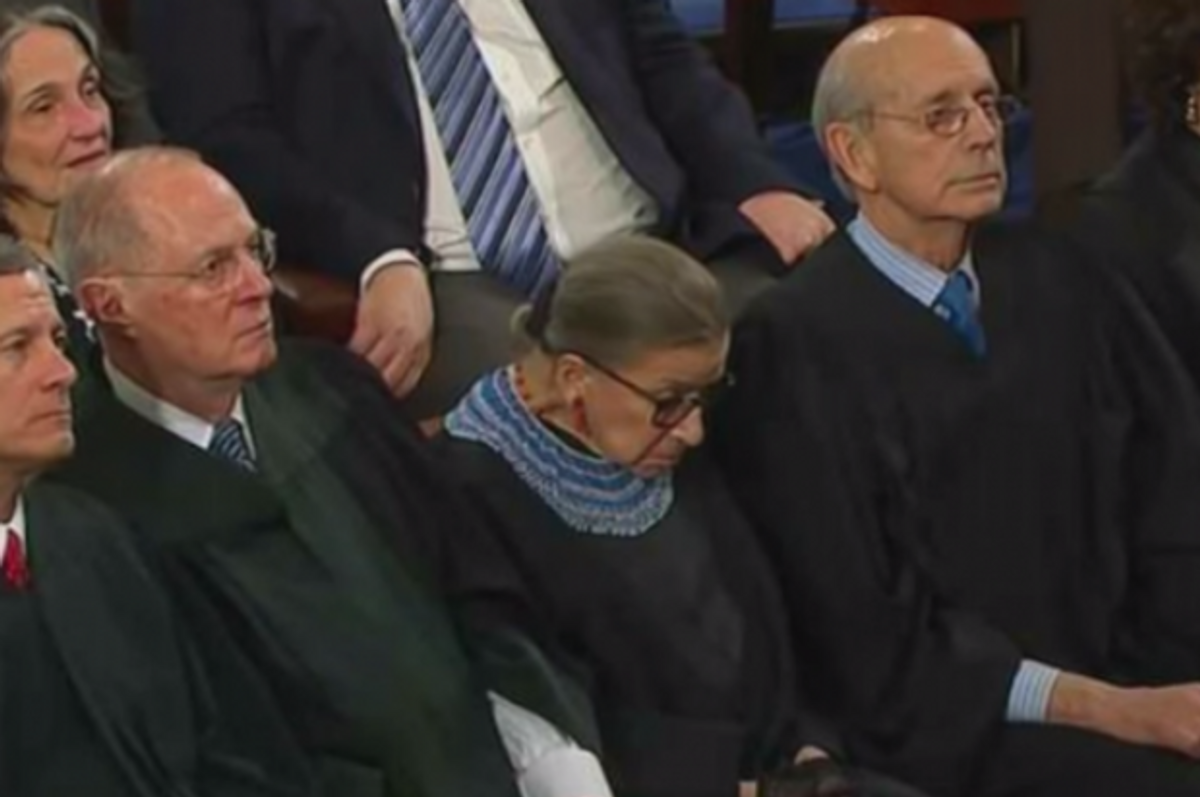 One week after Supreme Court Justice Ruth Bader Ginsburg admitted she wasn't "100 percent sober" when she nodded off during President Obama's State of the Union address last month, a conservative activist asserted that Ginsburg's behavior constitutes an impeachable offense.

Writing for the far-right World Net Daily website, David Barton contended Ginsburg's pre-speech glass of wine marked an affront to the Constitution and a violation of the requirement that justices demonstrate "good behavior."

"A State of the Union message is a constitutionally mandated duty ... and for those who respect the Constitution, this address is serious stuff," Barton wrote. "But apparently not to Justice Ginsburg – which probably is not surprising given that her rulings routinely reflect a general dismissal of the Constitution and that she publicly advises leaders in other nations to seek something better than the U. S. Constitution for their country."

"Regardless, it is certain that public intoxication by a Supreme Court justice does not inspire faith in the Judiciary," he continued. "Luther Martin (one of the 55 delegates who framed the U. S. Constitution) warned: 'It is necessary that the supreme judiciary should have the confidence of the people,' and to ensure this, the founders made certain that the federal bench could be ridded of those who embarrassed or misused it."

While he argued that Ginsburg's pregaming constituted legitimate grounds for removal, Barton avowed that he wasn't calling for her impeachment. He's just trying to make a point about "unaccountable" judges, you see.

"Don’t think I am calling for the removal of Ginsburg for her recent faux pas," he wrote. "Rather, I am pointing out that the current notion that federal judges are unaccountable because they have lifetime appointments is one of the greatest lies of our lifetime."

While Barton's oddball suggestion -- and the forum he used to publish it -- suggest that he's a fringe figure, he's actually a beloved author within the mainstream conservative movement, having won right-wing acclaim with his writings on American exceptionalism and the Founding Fathers. His endorsement has been sought by politicians like Ted Cruz and Marco Rubio, and he boasts such high-profile boosters as Mike Huckabee and Newt Gingrich.