GOP congressman: U.S. will lose to ISIS if we keep "taking God out of this country" 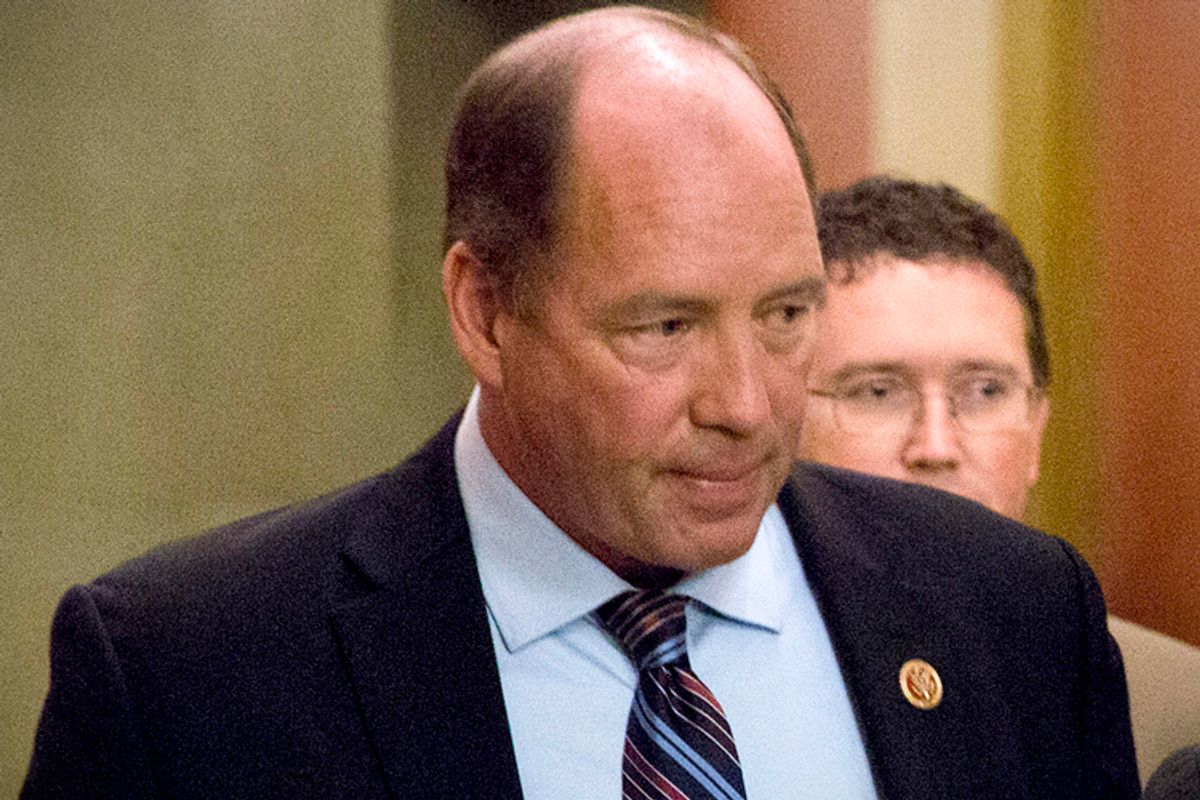 The United States will falter in its effort to defeat the Islamic State militant group unless the country abandons its increasing secularism, Republican congressman Ted Yoho asserts.

Deriding the White House's summit on violent extremism this week as "a feel-good thing on something that’s very serious," the Floridian argued during a Thursday appearance on Newsmax TV that halting the Islamic State's advance required returning "back to some basics in this country."

“Congressman Flanagan said we’ve got to get God back into a lot of these principles in our country that we were founded on, and I agree," Yoho said, referring to fellow guest Michael Flanagan, a former GOP congressman from Illinois. "We’re taking God out of this country, they’re fighting for their God, and all I can say is the person who has God on their side is going to win this. And I think we all need to huddle around and get back to some basics in this country.”

Yoho, an ultraconservative first elected to the House in 2012, mounted an unsuccessful challenge to House Speaker John Boehner last month. He garnered only two votes, including his own.

Listen to Yoho's latest remarks below, via Right Wing Watch: