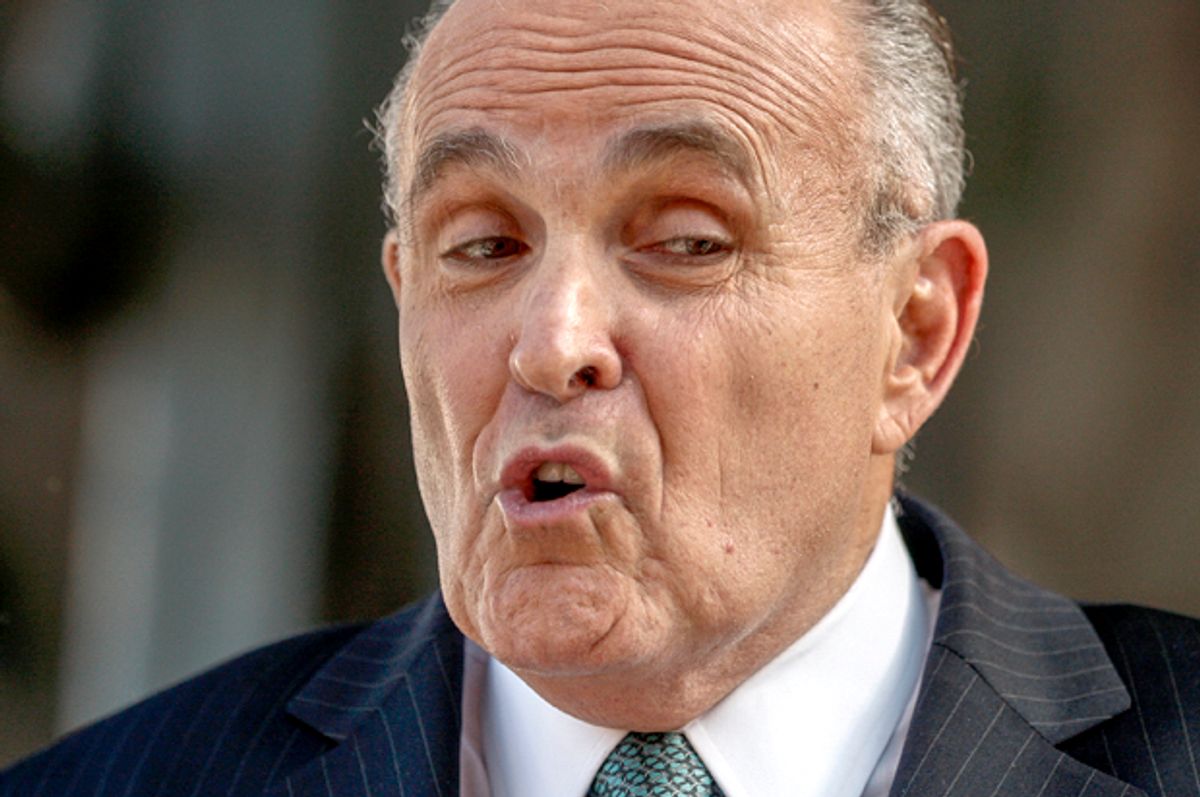 The former mayor was one of about 60 corporate chieftains, conservative media personalities, and Republican figures on hand for the dinner at the 21 Club. Walker, a likely 2016 presidential candidate, sat feet away from Giuliani as he embarked on his anti-Obama tirade.

Referring to anti-Jewish riots in the Crown Heights neighborhood of Brooklyn early in his mayoralty, Giuliani criticized the president's recent remarks before the National Prayer Breakfast, where Obama noted that brutality and violence have hardly been the exclusive province of any one religion.

“I thought the Crown Heights riots were a pogrom because you’re going out trying to kill Jews,” Giuliani said. “Why is this man incapable of saying that? You’ve got to be able to criticize Islam for the parts of Islam that are wrong. You criticize Christianity for the part of Christianity that is wrong. I’m not sure how wrong the Crusades are. The Crusades were kind of an equal battle between two groups of barbarians. The Muslims and the crusading barbarians. What the hell? What’s wrong with this man that he can’t stand up and say there’s a part of Islam that’s sick?”

Giuliani also teased a potential Walker endorsement during his remarks.

“[W]ith all our flaws we’re the most exceptional country in the world. I’m looking for a presidential candidate who can express that, do that and carry it out," he said. “And if it’s you Scott, I’ll endorse you. And if it’s somebody else, I’ll support somebody else.”