Bill Maher: "Why are they impoverished and uneducated? It's mostly because of the religion"

On "Real Time" last night, Bill Maher renewed his criticism of Islam -- and called the Iraq War our biggest blunder 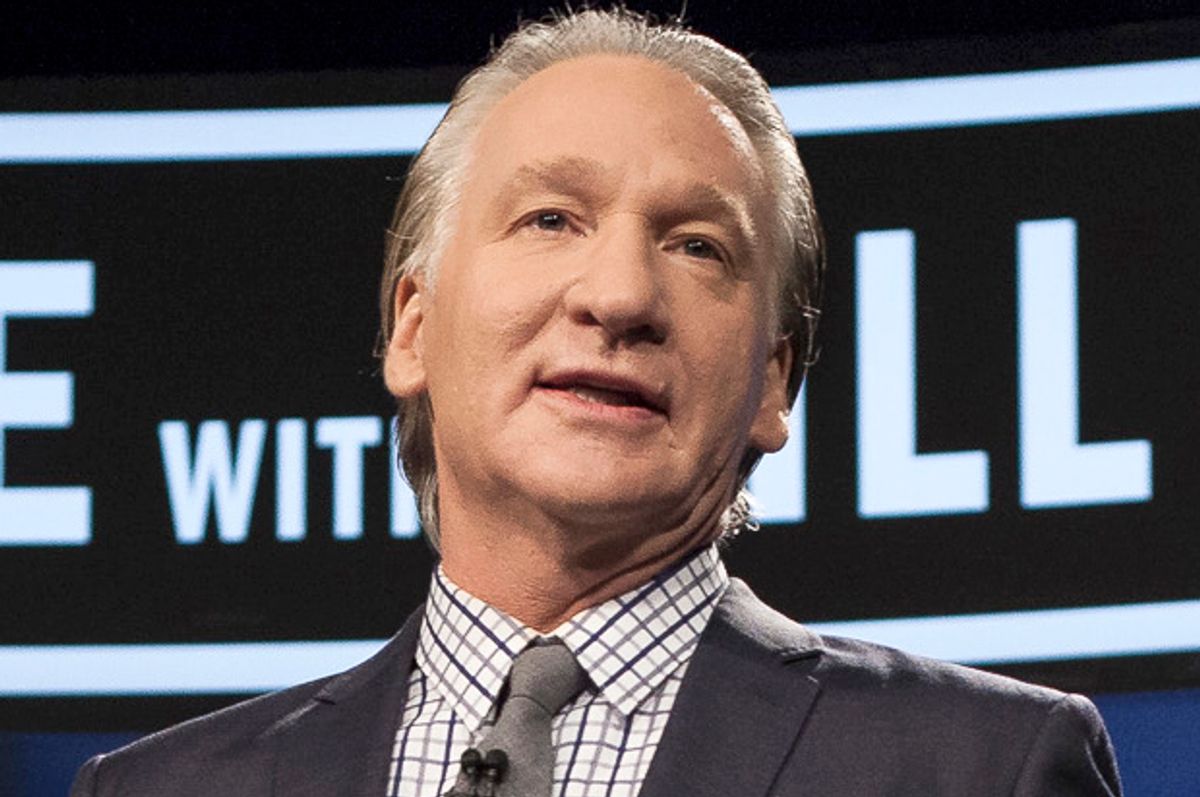 Islam and terrorism was a topic again on "Real Time with Bill Maher" on Friday, which included a long discussion about The Atlantic's controversial ISIS story, the Iraq War and last week's White House conference.

Maher noted the irony of President Obama insisting America is not at war with Islam, "even though he's dropping bombs on them all the time."

He also suggested that Saddam Hussein "looks better all the time," as does the late Libyan strongman Moammar Khadafy. He imagined a conversation between the dictators and American leaders that went: Yes, I'm a bad guy, but you have no idea how crazy the people in my country are. "I am keeping the shit to shoe level," he said, "you should be thanking me."

Maher also quarreled with the president's word choices. "This idea that we cannot even call it Islamic terrorism seems Orwellian to me," he said. "It seems we're paying a very high price for this ... which is you can't discuss it even rationally.

Bill Nye, a panelist, suggested bringing free Internet to Middle East countries as one way to open them up to other ideas.

"That's another thing that religion might be against," Maher said. "Not to mention the sex part. They're fucked up about women."

There was wide agreement on the panel that the invasion of Iraq would go down as one of the great foreign policy blunders in American history.

Watch the entire segment below.