Fox News pundit: "I was appalled" by Patricia Arquette's calls for wage equality

Stacey Dash on Oscar winners' calls for diversity and voting rights: "I miss the glamour...the class" 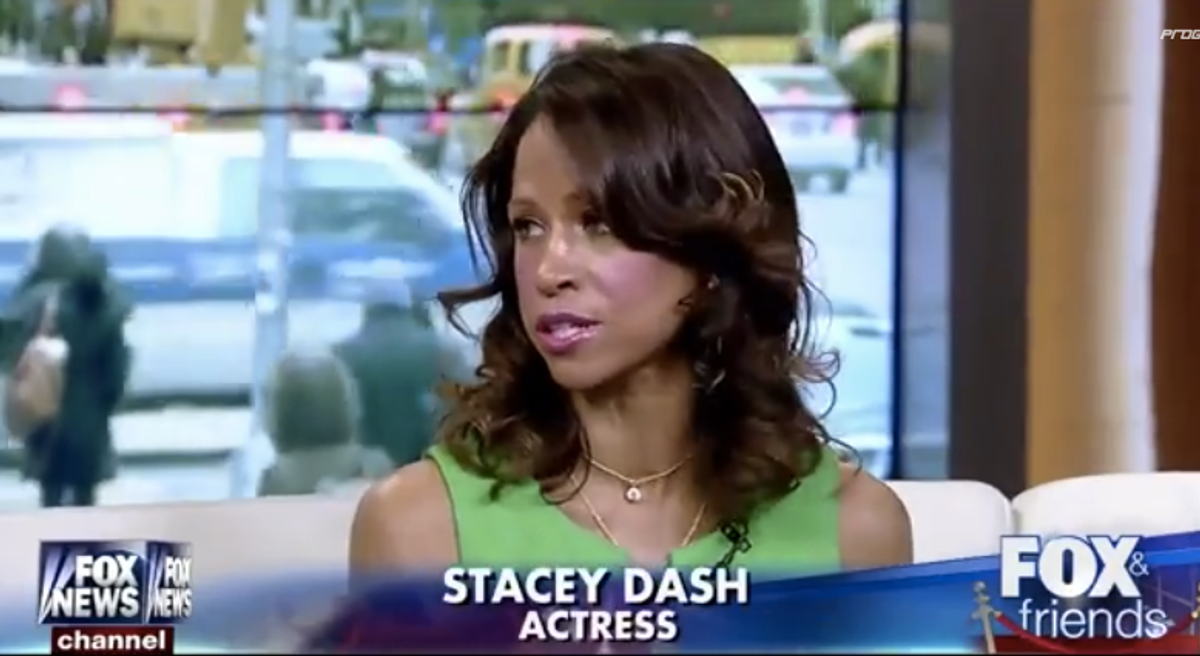 "I was appalled. I couldn't believe it," Dash said. "First of all, Patricia Arquette needs to do her history. In 1963, Kennedy passed an equal pay law. It's still in effect. I didn't get the memo that I didn't have any rights." She went on: "I agree with Mr. Trump. I miss the glamour, the elegance, the class, the majesty of the Oscars."

Dash also touched on the issue of race and diversity at the Oscars, asserting that there is a double standard for conservatives speaking out about such issues in Hollywood settings. "I don't know if it's because of race, but I do know if it were something conservative and there were not any black people in the audience or on the stage getting awards, there would be a lot of problems."

Arquette has been lauded for highlighting the very real problem of economic injustice, which Fox News has been quick to dismiss before. The "Boyhood" star, who won an Academy Award for her performance in the film, has also been criticized for overlooking women of color and LGBTQ people in the fight for gender equality during a speech following the Oscars. But that's not the issue Dash had -- it appears she was just upset about the suggestion that women be paid equally.

Watch Dash on "Fox & Friends," via Raw Story, below: