The Oscars are really f***ing boring this year

On the plus side, there is plenty of celebration for moms -- but Neil Patrick Harris' dad jokes need to go 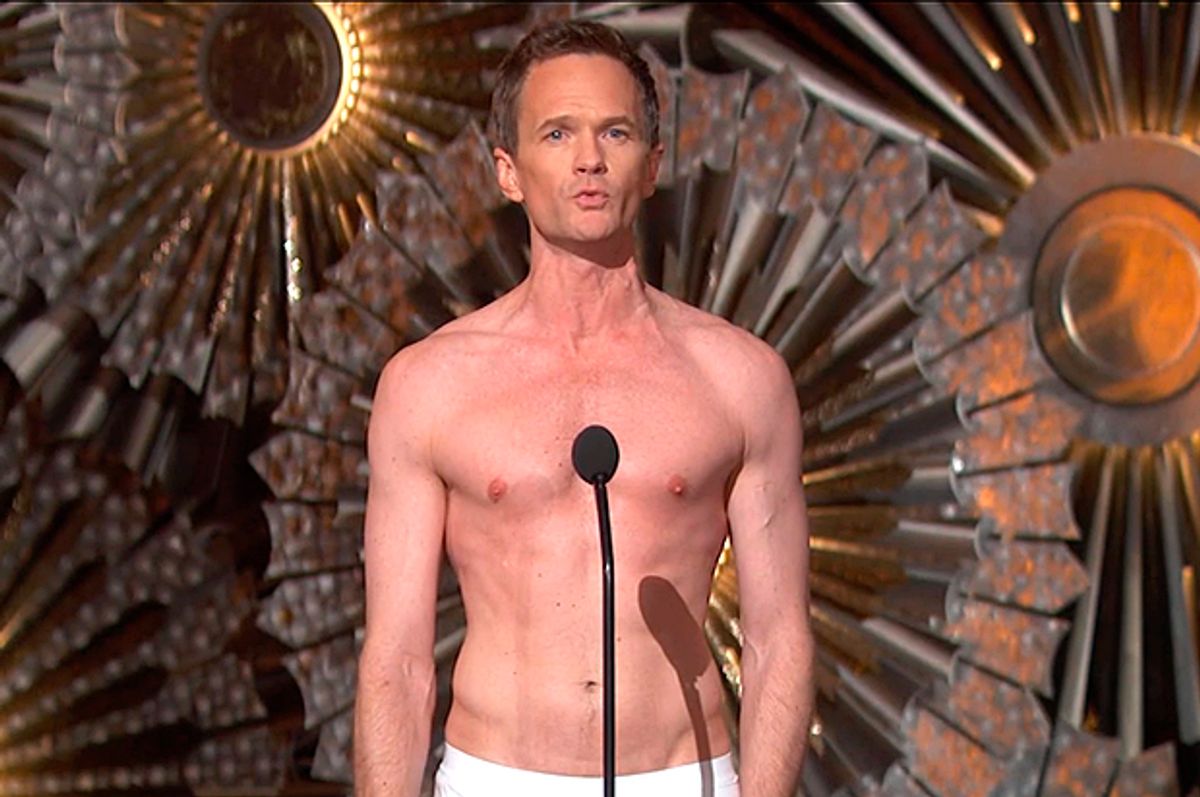 If you are reading these words, it might be because you decided to watch the Oscars this evening -- and because, after host Neil Patrick Harris' "escargots" dad joke (because Marion Cotillard is French -- get it?!), you decided that you would rather be doing anything but watching the Oscars this year, because what in the hell is going on? We're a little over an hour in, and arguably the most exciting thing to happen so far is Polish director Pawel Pawlikowski flipping the proverbial bird at the schedulers, talking over the play-off music until he was done with his acceptance speech.

This show is boring.

I mean, the first musical performance was Maroon 5. No wonder everyone in the room looks so immensely joyless -- they were promptly forced to listen to Adam Levine sing non-words. Nobody seems to be having any fun, perhaps because the host isn't being funny at all.  Harris is telling badly written jokes badly, and with very little tact to boot. Immediately after Dana Perry, who won the Oscar for documentary short, heart-wrenchingly advocated for more open discussion of suicide prevention, he followed up with a joke about balls.

Perhaps assuming that the dad jokes wouldn't go over well -- or, perhaps, just keeping up the total desperation of the ceremony and hoping to engineer a viral moment -- someone then determined it would be cute to give us NPH in tighty whities. Seriously? This is how we celebrate the entertainment industry? This is supposed to be entertainment?

Harris made a crack early on about the Oscars' overwhelming whiteness this year, which could, incidentally, explain the show's also-overwhelming blandness. Homogeneity doesn't exactly lend itself to creating the most engaging spectacle. But there's something more to it than that. This just...isn't good. When any and all excitement is contained to the acceptance speeches (some of which, like Patricia Arquette's for best supporting actress, are freaking incredible), it's a bad sign. When viewers start to look back fondly on the Oscars of Seth MacFarlane and James Franco and Anne Hathaway, it's damn near time to turn off the TV.