And Benedict Cumberbatch with a flask 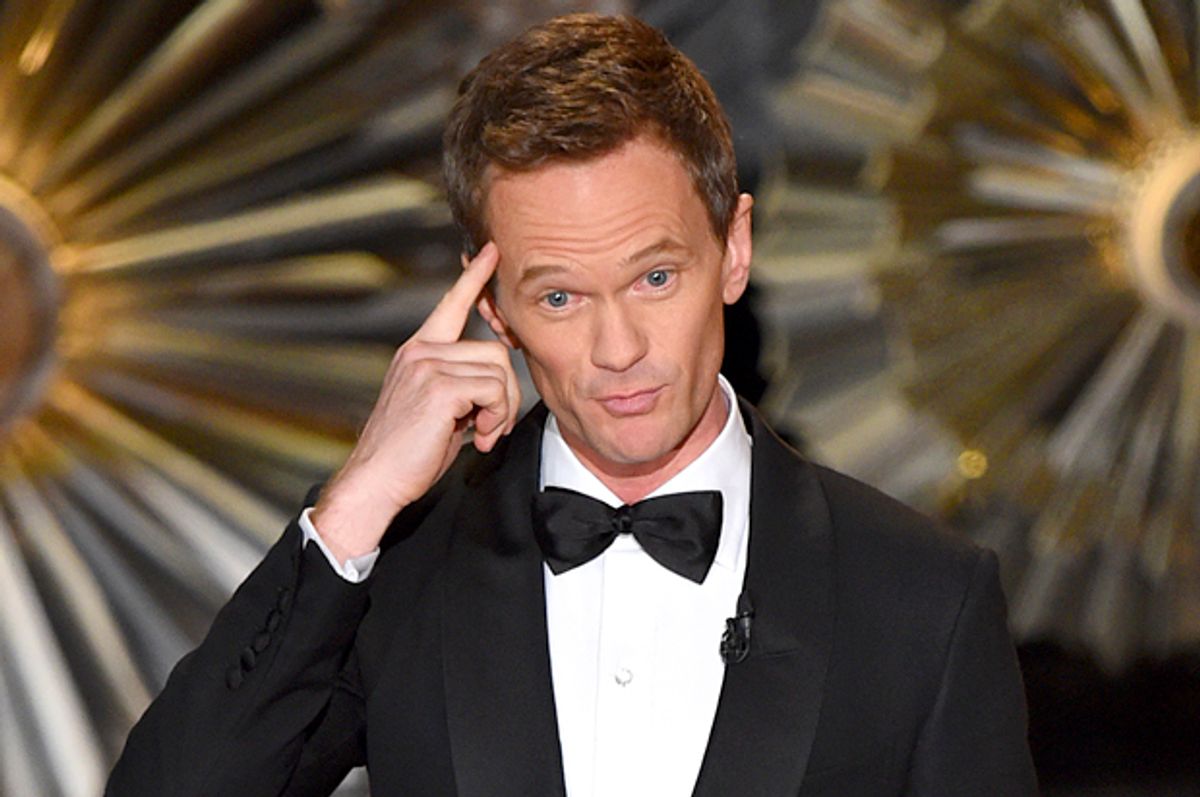 Host Neil Patrick Harris speaks on stage at the Oscars on Sunday, Feb. 22, 2015, at the Dolby Theatre in Los Angeles. (Photo by John Shearer/Invision/AP) (John Shearer)
--

Host Neil Patrick Harris began the Academy Awards with an extravagant musical number. And if you have watched him host the Tony Awards, you may have been anticipating -- eager or not -- an excess of "jazz hands." Harris did not disappoint.

He was joined by Jack Black and Anna Kendrick to sing "Moving Pictures," which was written by the Academy Award winning writers of "Frozen's" theme "Let It Go."

If you missed the song-'n-dance routine -- or just want to watch Benedict Cumberbatch snarling with a flask -- watch below: