The final fate of the pipeline, however, is yet to be determined 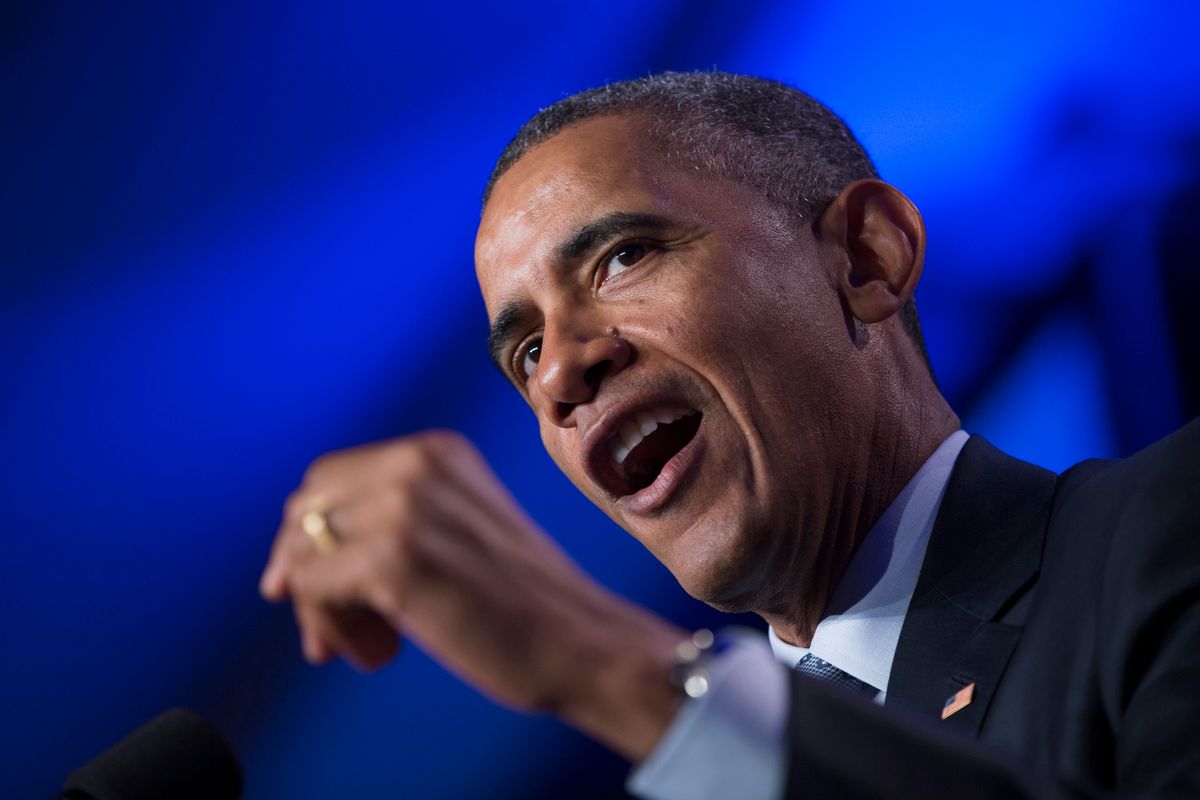 As promised, President Obama Tuesday vetoed a bill approving construction of the Keystone XL pipeline "without drama or fanfare or delay."

The veto, only the third of his career, comes after the Senate spent upwards of two weeks fiercely debating the bill. (The House voted earlier this month to approve the bill with the Senate's changes.)

The President didn't nix the project entirely -- the veto merely ensures that the question of whether or not the pipeline's eventually approved is his to make. "Through this bill the United States Congress attempts to circumvent longstanding and proven processes for determining whether or not building and operating a cross-border pipeline serves the national interest," Obama said in a statement.

"But I also take seriously my responsibility to the American people. And because this act of Congress conflicts with established executive branch procedures and cuts short thorough consideration of issues that could bear on our national interest -- including our security, safety, and environment -- it has earned my veto."

Obama maintains that he's waiting on a complete review from the State Department on its potential environmental impact before making his decision; John Kerry, when asked, was unable to say how long that would be.

Republicans, who made approving the pipeline a top priority when they took over Congress this January, are predictably enraged by the veto, but maintain that they're not ready to put the issue to rest. "The president is sadly mistaken if he thinks vetoing this bill will end this fight," House Speaker John Boehner and Senate Majority Leader Mitch McConnell wrote in an op-ed for USA Today. "Far from it. We are just getting started.“