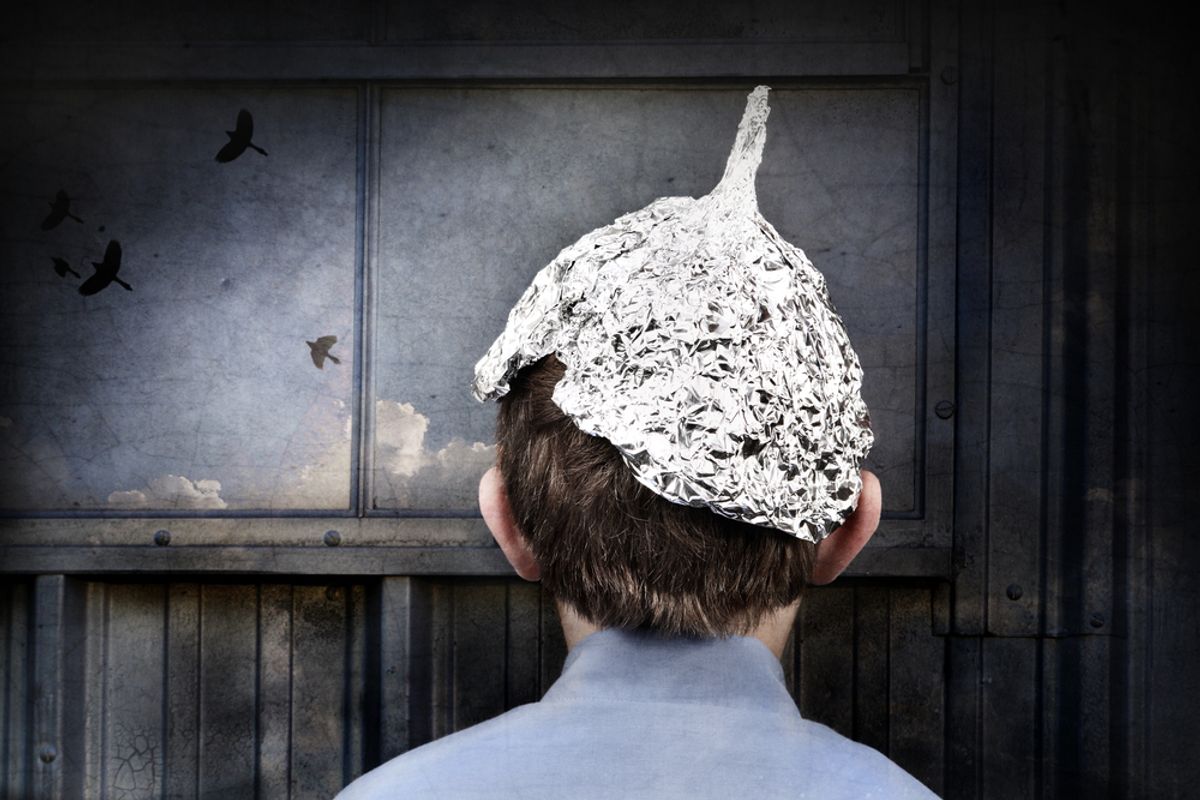 A new study published in PLOS One focused on conspiracy theorists and the Internet circles they run in. Perhaps unsurprisingly, after studying 1.2 million people, the researchers found that people with similar beliefs tend to socialize with others who share their beliefs and are extremely eager to believe what these kindred spirits say. To figure this out, the researchers stayed true to the heart of the Internet, and trolled them.

"To test potential biases induced by the continued exposure to unsubstantiated rumors on users' content selection," the study reads, "we conclude our analysis measuring how users respond to 4,709 troll information-- i.e. parodistic and sarcastic imitation of conspiracy theories."

They found that 78 percent of people who liked and 81 percent of those who commented on the troll posts interacted mainly with conspiracy theory pages.

The researchers looked at Italian conspiracy Facebook pages, which I'm sort of shamefully glad exist, if only to prove that America isn't the only country with this problem. According to the researchers, “pages like Scienza di Confine, Lo Sai or Coscienza Sveglia promote heterogeneous contents ranging from aliens, chemtrails, geocentrism, up to the causal relation between vaccinations and homosexuality.”

Far from admitting their own bias towards science sites, these scientists claimed, “we do not focus on the truth value of their information but rather on the possibility to verify their claims.”

Another recent study conducted by political scientists found that around 50 percent of Americans believed in some sort of conspiracy (in this case, the theories surveyed were political in nature, for obvious reasons).

Eric Oliver, one of the researchers of the latter study explained in an interview with the Washington Post: "The biggest predictor of whether someone believes in conspiracy theories is whether they also hold other magical beliefs," he said.  "Conspiracy theorists are much more likely to believe in the supernatural and paranormal or believe in Biblical prophecy."