These are the foods most likely to make you sick 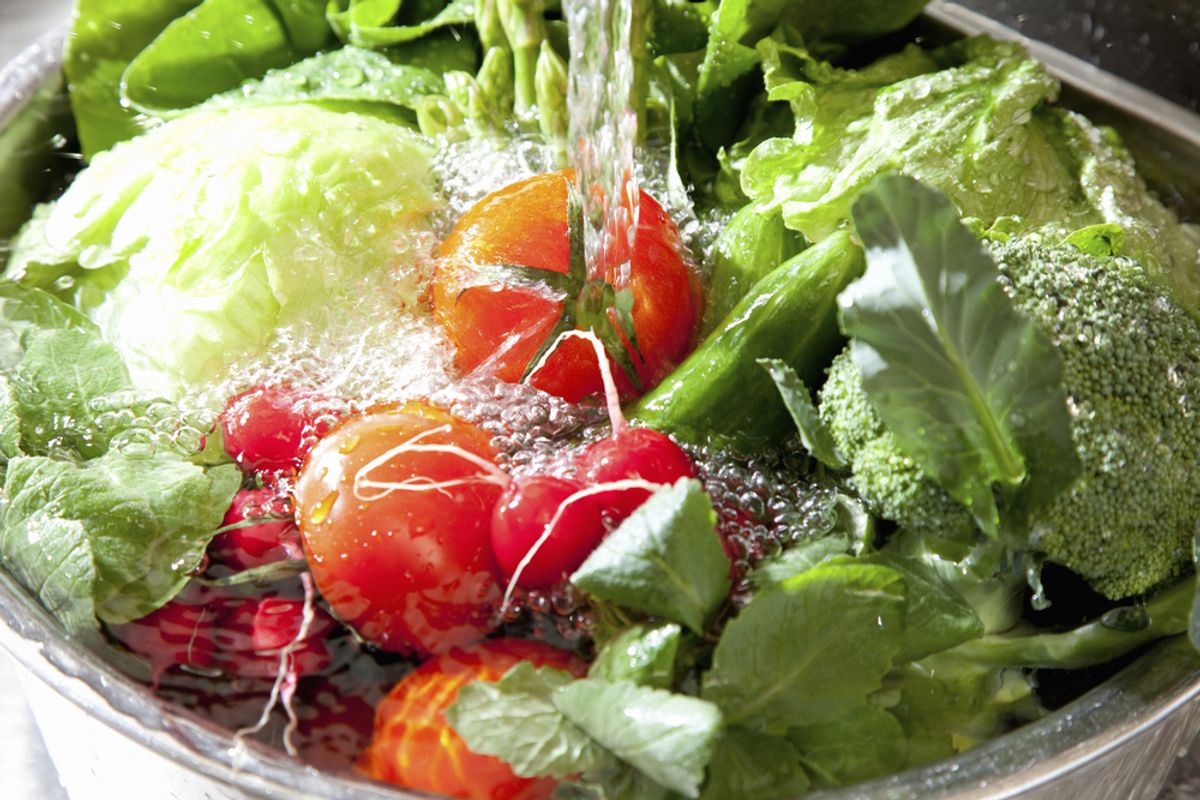 Pathogens in lettuce can't be washed away (KPG_Payless)
--

If you want to avoid a nasty case of diarrhea, beware of beef and of vegetables grown in rows.

The Interagency Food Safety Analytics Collaboration (IFSAC) -- a mash-up of the CDC, USDA and FSIS (Food Safety Inspection Service)  -- is out with a new report aiming to identify the foods most prone to pathogens. And for one strain of E. coli studied, it found that more than 80 percent of cases can be traced back to those meaty and leafy sources.

Using data from nearly 1,000 outbreaks that occurred between 1998 and 2012, the agencies analyzed the sources of four major types of bacteria -- Salmonella, E. coli O157, Listeria monocytogenes and Campylobacter --  which together are responsible for 1.9 million cases of foodborne illness in the U.S. each year: The findings also implicate dairy in 66 percent of Campylobacter cases, noting that most infections were linked to either raw milk or cheese produced from raw milk, such as unpasteurized queso fresco. Fruit was responsible for 50 percent of Listeria cases, although the data, here, was less certain -- most of what you see above stems from the great cantaloupe outbreak of 2011. Salmonella, meanwhile, was more of an equal opportunity offender: 77 percent of the cases were traced to seeded vegetables, like tomatoes, eggs, fruits, chicken, beef, sprouts and pork.

The researchers urge caution with their findings, noting the uncertainties mentioned above. But the data, they say, can help guide efforts aimed at promoting food safety: focusing on beef and row crops to cut down on E. coli, for example, while using a variety of approaches to limit Salmonella. Foodborne illness, after all, remains a major problem in the U.S.: the CDC estimates that they infect 1 in 6 Americans each year; of those, some 128,000 are hospitalized and 3,000 die.  The new report, Reuters notes, is the first time these three federal agencies, all responsible for food safety, have used a single method to estimate the sources of foodborne illnesses. It's a move toward better coordination comes as the Obama administration calls for a complete overhaul of the current, fragmented system -- which is characterized, per a recent report from the Government Accountability Office, by “inconsistent oversight, ineffective coordination and inefficient use of resources.”