Rajendra Pachauri was accused of harassing a 29-year-old researcher 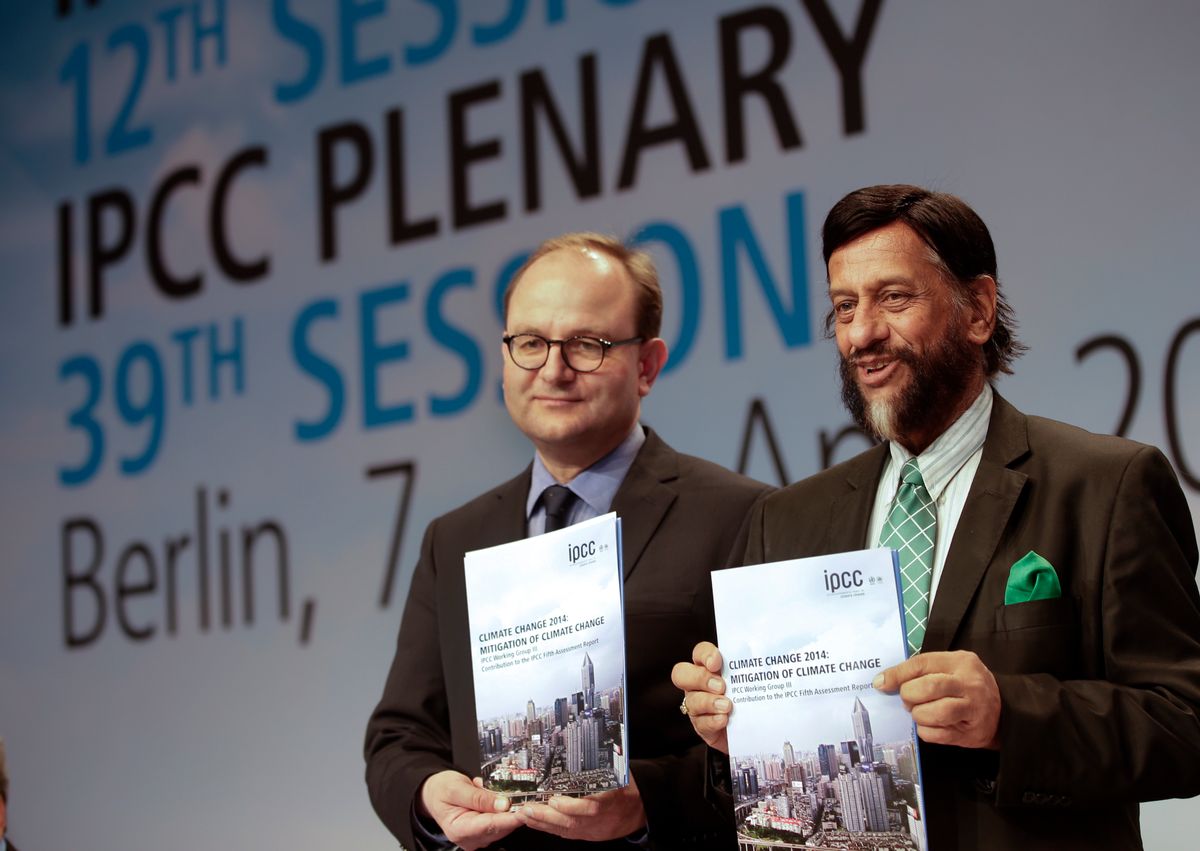 Ottmar Edenhofer, Co-Chairman of the IPCC Working Group III, and Rejendra K. Pachauri, Chairman of the IPCC, from left, pose prior to a press conference as part of a meeting of the Intergovernmental Panel on Climate Change (IPCC) in Berlin, Germany, Sunday, April 13, 2014. (AP/Michael Sohn)
--

On Tuesday, head of the UN's Intergovernmental Panel on Climate Change Rajendra Pachauri, 74, resigned from his post after being accused of sexually harassing a 29-year-old female researcher at his Delhi research center, The Energy and Resources Institute. According to the woman's lawyers, the harassment took the form of emails, texts and WhatsApp messages.

"[He] is committed to provide all assistance and cooperation to the authorities in their ongoing investigations," said Pachauri's spokesperson. Still, he denies all charges, arguing that his computer and phone were illegally hacked by people wanting to smear his reputation.

In his letter of resignation, Pachauri wrote: "The IPCC needs strong leadership and dedication of time and full attention by the chair in the immediate future, which under the current circumstances I am unable to provide."

"I will continue to [work on climate change] assiduously throughout my life in what ever capacity I work," he continued. "For me the protection of Planet Earth, the survival of all species and sustainability of our ecosystems is more than my mission, it is my religion."

Ismail El Gizouli, an energy specialist, will serve as acting chair until a new one is elected in October.

The last IPCC report urged that climate change would cause "severe, widespread, and irreversible impacts" unless stringent action is taken to reduce greenhouse gas emissions.

"I don't think that this will have consequences for Paris," said Laurence Tubiana, climate ambassador for France, referring to the UN climate conference that will take place this December. "The work of the fifth [assessment report] has been finalized and nothing is going to change from this point of view."