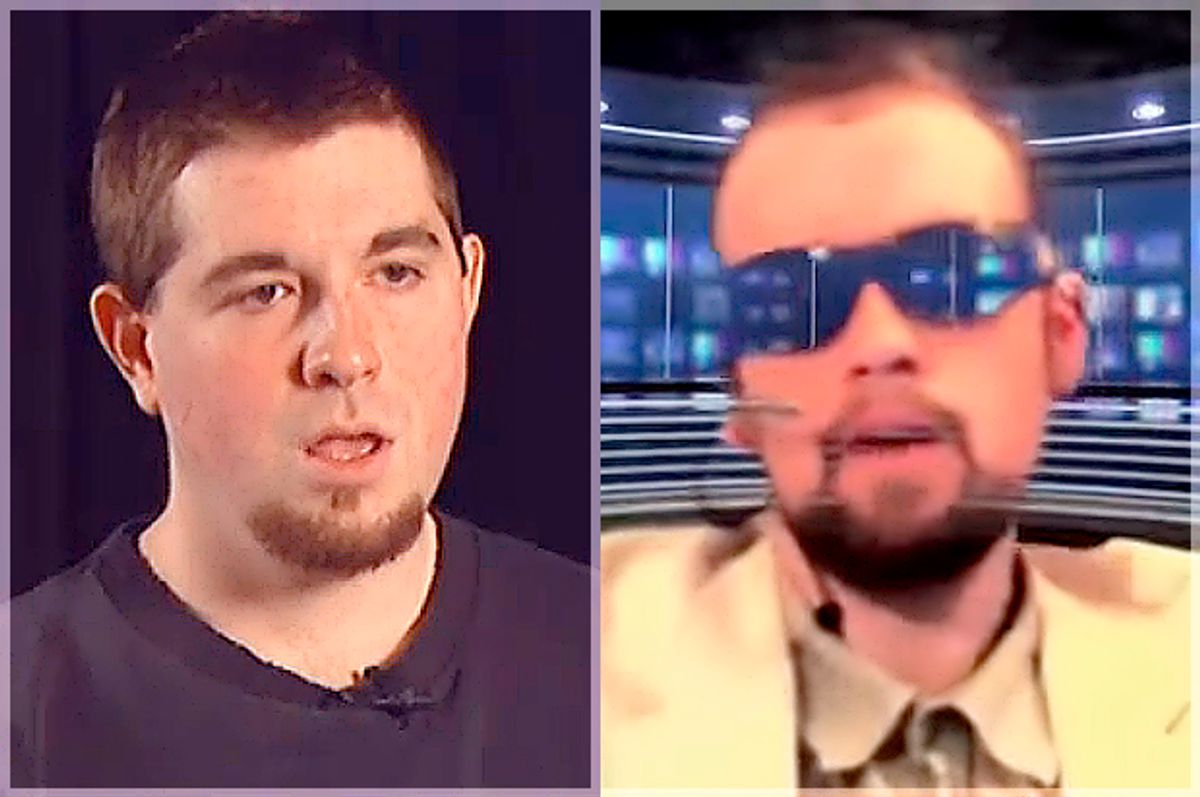 Women are harassed and threatened on the Internet on a daily, hourly and minute-by-minute basis. This kind of abuse is usually endured in isolation or quiet commiseration with others who are going through the same thing, but the rest of the population catches occasional glimpses of it when the abuse gets particularly loud, particularly violent or targets white celebrities. And while it’s been an uneven and slow education, more people seem to be catching on to the basic fact that online harassment is bad.

This week two new members were inducted into the club of semi-awareness. Not because the experiences of women on the Internet stirred any empathy in them, but because, after making something of a sport of harassing women online, they got a taste of their own awful medicine.

GamerGate was one of the moments that exposed people to the realities of being a woman on the Internet. The media took notice after death and rape threats from a flock of gamers drove Zoe Quinn and Brianna Wu from their homes and forced Anita Sarkeesian to cancel a talk at Utah State University. As the story got picked up by more and more mainstream news outlets, most of the public agreed that it was pretty terrible to threaten to murder women simply because they pointed out the problems of sexism and representation in video games. And most of the people who agreed that it was bad to send women like Wu rape and death threats chose not to, you know, send rape and death threats.

Wu was not in on the “joke” and Rankowski’s satire just read as a particularly unhinged, frightening version of the harassment she’d been receiving from thousands of other men. But now that the truth of the video has caught up to him, the men it worked into a frenzy have turned on Rankowski. “They realized I was making fun of them with those videos,” he told BuzzFeed. “I started it as a joke, but it’s become far too real and I wish I could take it all back.”

“People have been calling my old high school, calling my work,” he continued. “I received a letter in the mail with a picture of me from my high school yearbook… It said I shouldn’t have fucked with 8chan.”

In the case of Brittain, the lesson seems to be that if you are a horrible person, the Internet will remember you as such. But the lesson for Rankowski, now that he claims to be on the receiving end of invasive and frightening harassment, is that, yes, those things are invasive and frightening. And while it shouldn’t take living the actual nightmare of being threatened by hordes of dudes online to understand why being threatened by hordes of dudes online is a problem, it's still a lesson worth learning in some manner or other.

“I didn’t take this situation seriously, but I see what it means now to be in the other person’s shoes," Rankowski told BuzzFeed. "What her life must feel like. I have this newfound respect for the people who are having to deal with GamerGate, Brianna Wu and Anita [Sarkeesian].”

But the truth is that Rankowski will never really understand what it’s like to be in “the other person’s shoes,” even if he felt sufficiently scared after being targeted. That’s not how life works. Rankowski got a bad shock. He was likely afraid that his job, or maybe even his personal safety, would be compromised by the people harassing him. But the reality is that the kind of abuse that women, people of color and queer women face online isn't the same thing as a one-off experience of harassment, no matter how frightening.

That's because this kind of violence stems from something structural, not incidental. A culture of violence against women and white supremacy isn't a series of isolated events, it's a system that devalue women’s lives. Navigating and surviving it is a lesson that is learned and internalized over a lifetime. Those lessons don't just open women's and other marginalized people's eyes, they shape who we are and how we move through the world. So while Rankowski may view this as an important learning experience, he still doesn't know what it's like to have been, say, Wu, when she saw that yet another video harassing her had been posted online.

And just how little he gets it is probably the more important lesson here. That while he still may not know what that kind of fear is like, he still knows it's a problem. And more than just recognizing the problem, he needs to see himself as part of the solution. He might wish that he could take back what he did to Wu, but what's he going to do moving forward to make sure it doesn't happen again -- satire or not?