In Feb. 2010, a shirtless man on a horse made us rethink our scent and celebs sang for Haiti relief. Our look back: 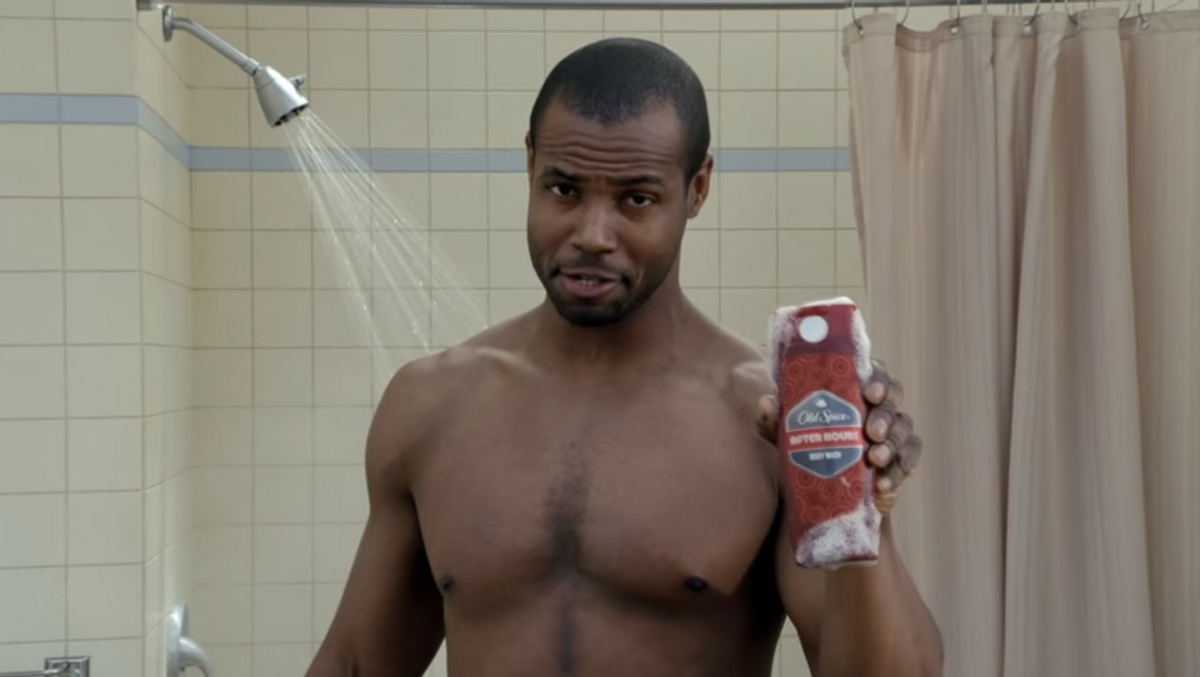 Here’s what was buzzing around the Internet for the week of February 26, 2010.

A shirtless guy holding "Old Spice" opened everyone's eyes to the man your man could smell like. (Look at this viral video! Now back to me.)

Remember when brands weren't the enemy? Before people were paid to make them seem super fun and relatable? There was a brief moment in February 2010 when everyone fell in love with a men's grooming product and anything seemed possible. Like any other February, the month had ushered in a number of big-budget Super Bowl commercials -- but this year it wasn't any of those big-budget commercials that people were talking about. It was an "Old Spice"spot that had made its debut on the Internet. That was when America first feasted its eyes on a shirtless, smooth-talking lady's man named Isaiah Mustafa, a former NFL wide receiver.

For once, a gender-specific grooming product was getting showered with praise from both men and women — because, hey, for once it wasn't offensive! Mustafa — a.k.a. "Old Spice Guy" — even appeared to poke fun at some of the most pervasive male grooming tropes. As intrigue surrounding the viral campaign grew, a subsequent interview with the agency responsible for its success revealed that the whole thing had been shot in a single take with minimal digital effects. But this was in a a pre-"Birdman" cultural landscape, so no one cared.

The president of SeaWorld addressed horrific news that a whale had killed one of its most experienced trainers.

Proving that viral content is not always light and breezy, but instead occasionally horrific: a CBS press conference announcing the workplace death of an experienced SeaWorld trainer.

The trainer, Dawn Brancheau, was killed at the Shamu Stadium when one of the whales (Tilikum) snatched her from a poolside platform and thrashed her around, all before a terrified audience. That is all according to the most up-to-date version of the story from the Associated Press. However, the version offered up in the viral CBS press conference, which admittedly came with much information still unknown, plays out a bit differently. In it, the Orange County Police Department assures the media again and again that it was an accident. ("She apparently slipped or fell in.")

The story of Tilikum has since been familiarized through 2013's critically acclaimed documentary "Blackfish." The documentary brought SeaWorld's captivity problem to the global spotlight, shining a light on the animal welfare violations and human safety risks as well as providing explanation for Tikilum's three "violent outlashes." A year after the release of the documentary, mammal scientist Naomi Rose of the Animal Welfare Institute told The Dodo that Tilikum's behavior remained catatonic and unnatural, a byproduct of being held in captivity.

Few need reminding of the 7.0-magnitude earthquake that devastated Haiti in January 2010, killing as many as 200,000 people and leaving nearly 1.5 million homeless. Everyone at the time was doing their best to give back, including celebrities: There was the "Hope for Haiti Now" telethon.  There was the million-dollar pledge from Brangelina. Then, of course, there was the viral sensation known as "We are the Children 25th anniversary," which brought together 79 singers (80 if we're including Nicole Richie?) to cover the original classic version performed by Michael Jackson and Lionel Richie. Paul Haggis directed the music video, which made its big premier during the Winter Olympics Opening Ceremony.

Proceeds from the recording went directly to the We Are The World Foundation, for Haitian relief efforts. The song, however, had trouble getting radio play -- prompting the "senior chart manager: of Billboard Magazine to comment: “This [song] is not about airplay, which it won’t get a lot of. It’s about creating a viral hit on YouTube and Vevo, and maybe getting some traction at a few top 40 stations.”

Also worth nothing that Richie's participation in "We are the Children" resulted in this timeless tweet:

See also: what was buzzing around the Internet for the week of February 19, 2010