Opposite poles (and competing birds) of indie cinema: A lovely, wintry Maine fable and a Dunham-flavored crime romp 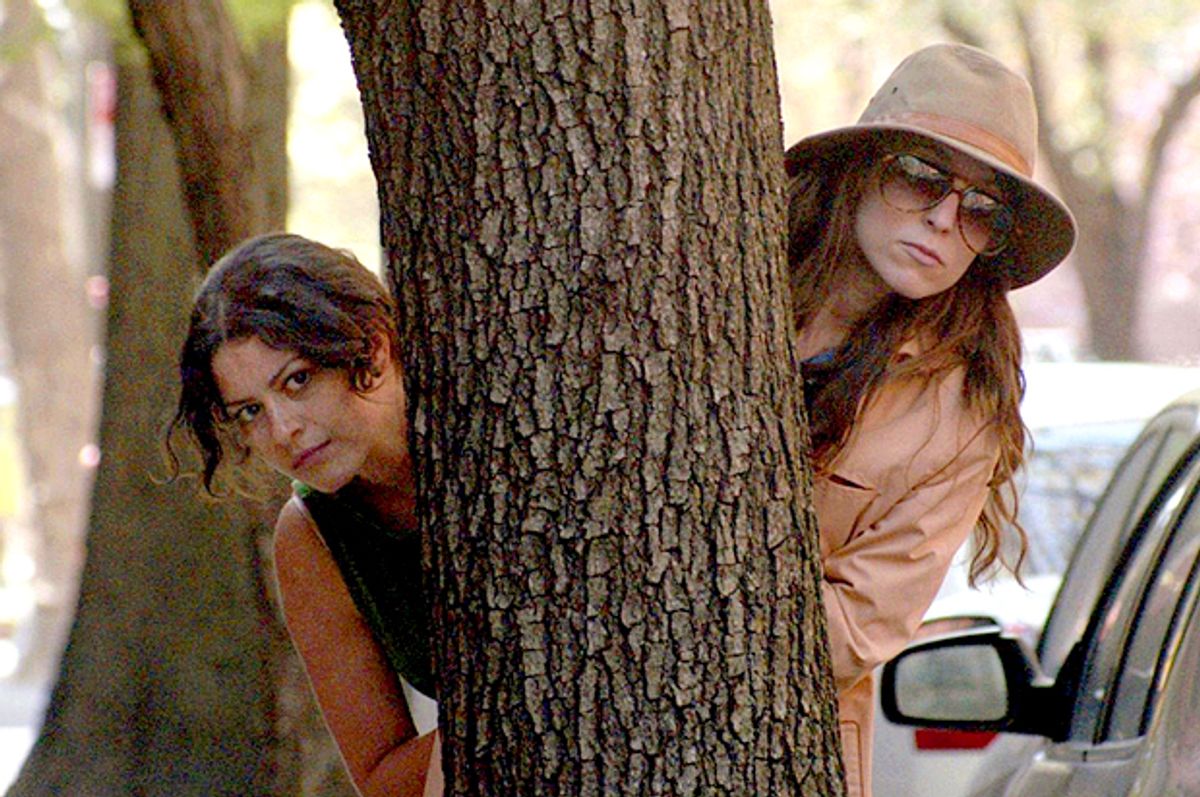 This week brings us two appealing and highly watchable independent features that have strikingly similar qualities even as the worlds they depict, and the nature of their craftsmanship, could hardly be more different. It’s just a bizarre coincidence that Lawrence Michael Levine’s “Wild Canaries” and Lance Edmands’ “Bluebird” have avian-themed titles, I guess – and that both films use the birds in question as symbolic markers – but the similarities run deeper than that. Both pictures are high-integrity writer-director efforts built around tightly woven acting ensembles and a highly specific evocation of class and place.

You could say that’s where the similarities stop. “Bluebird” is a downbeat, realistic drama set in a depressed lumber town in Maine, all wintry blues and grays and subtle shifts of emotion, while “Wild Canaries” is a goofy, hit-and-miss mystery-comedy set in gentrified Brooklyn, a little bit Lena Dunham does Hitchcock and a whole lot Woody Allen’s “Manhattan Murder Mystery.” But even that polar opposition reflects a certain parallelism: These movies both reflect the strengths and limitations of American indie cinema in the age of the Great Television Conquest. I don’t want to say this like it’s a criminal accusation, and I’m not accusing Edmands or Levine of being calculating. But precisely because both films are uncynical and reflect a clear directorial vision, they are likely to serve as calling cards that get their directors paying gigs on the small screen.

Each of these movies feels demographically and thematically restricted in a way that’s just slightly dispiriting, although their modes are quite different. “Wild Canaries” is consciously calibrated to appeal to youngish, white-ish viewers who will identify, at least a little, with its affectionately satirical portrait of befuddled central couple Noah and Barri (played by director Levine and his real-life spouse, Sophia Takal). It seems exceedingly unlikely, on the other hand, that anyone resembling the small-town, working-class couple played so marvelously by Amy Morton and John Slattery in “Bluebird” will ever see it.

These restrictions also complicate the task of reviewing the two films: Considered from a Platonic distance, “Bluebird” is a far superior work on every level. Morton, a veteran TV actress most recently seen on “Chicago Fire” and “Chicago P.D.,” gives a shattering performance as a middle-aged mom whose tragic mistake transforms her family and the town, but even the bit characters are perfectly cast: Louisa Krause as a desperate single mom, Margo Martindale as her devout and long-suffering mother, Adam Driver as a stoner loser living in a broken-down Pace Arrow RV. Cinematographer Jody Lee Lipes, the Sven Nykvist of Amerindie cinema, captures the winter light and rugged, snowbound scenery in exquisite detail, and first-time director Edmands never wastes a second. In a single wrenching scene that lasts no more than a minute, for instance, the story of the badly frayed but not yet loveless marriage between logger Richard (Slattery) and bus driver Lesley (Morton) is laid bare with no need for endless exposition.

But it’s also true that for all its excellence “Bluebird” is fundamentally a more familiar kind of film, a foray into what I used to call the “Cheerios realism” mode of American cinema (so named for its inevitable scenes of people glumly eating breakfast cereal). It bears a clear resemblance to onetime indie hits like Todd Field’s “In the Bedroom” and Atom Egoyan’s “The Sweet Hereafter” (well, especially that one) and also to more recent films like Sara Colangelo’s Appalachia-set “Little Accidents,” which came and went in January without anyone noticing. I would even suggest that Frederick Wiseman’s four-hour 1999 documentary “Belfast, Maine,” one of the cinéma-vérité pioneer’s greatest films, is a key influence here. I can assure you that if you’re willing to enter the world of downbeat northern gloom in “Bluebird,” it’s a delicate and affecting drama with grace notes of mystery and redemption. But let’s not kid ourselves: That sentence throws up an obstacle that will stop most viewers from getting anywhere near this movie.

“Wild Canaries,” on the other hand, is willfully goofy and haphazard of construction. Except for Noah and Barri, who straddle the line between adorable and awful so perfectly that we’re never sure whether we want them to be swept up into the ludicrous murder plot and buried in Staten Island landfill, its characters are miscellaneous and inconsistent. There’s a poker-playing hipster deadbeat, played by Jason Ritter; there’s a dubious-seeming nay-buh-hood Italian-American, played by Kevin Corrigan; there’s a suspiciously hot lesbian ex-girlfriend (that is, she’s Noah’s ex-girlfriend), played by Annie Parisse, who gets the assignment at two different points in the film of explaining the entire plot to everyone else. Any time you rely on the hot lesbian ex-girlfriend as a key plot element, by the way (assuming that anything in “Wild Canaries” counts as a key plot element), your movie is automatically downgraded to total silliness. It’s only inoffensive because it would be massive self-trolling to take anything about this movie seriously.

Still, the 21st-century combo of screwball comedy and half-baked thriller in “Wild Canaries” isn’t exactly like anything you’ve seen before, and it offers an unpredictable ride that’s kind of fun, or at least sporadically simulates fun. It was the big hit at last year’s SXSW festival in Austin, and really one need say no more. I’m not exactly complaining; the exasperating chemistry between Levine’s Noah, who is scraggly and faintly groovy and dim (and tormented by the aforementioned HLEG) and Takal’s Barri, who is sharp-edged and wide-eyed and dim (and pursued, come to think of it, by a different cute lesbian played by Alia Shawkat), eventually wore me down enough that I was amused by them instead of hating them. But I still want Barri’s scheme to renovate a defunct Catskills resort as a music venue and irritating-Brooklyn-people getaway to fail (as it definitely will) and was grateful when an African-American lesbian punches Noah in the face. All the young, white, straight people in Brooklyn are super-OK with lesbians, even when it leads to hot sex and violent altercations. But you knew that.

OK, you have seen this movie before, sort of: If you’ve seen “Girls” and you’ve seen some of Woody Allen’s mid-late “return to funny” movies and you understand how the premise of a Hitchcock thriller works – meaning that every ditzy, paranoid theory about one’s evil, murderous neighbors is correct -- and you get stoned and mash those things up in your brain, that’s “Wild Canaries.” It does have canaries in it, in a couple of scenes that Levine may mean to point toward higher possibilities, or to represent Barri’s irrepressible spirit or something. (Yes, the title is intentionally paradoxical.) But mostly they’re chirpy, cute little birds in a chirpy, cute little movie, while the bluebird in “Bluebird” is, if anything, an overloaded signifier positioned on the boundary between life and death, winter and spring, sanity and madness. Pick your preferred avian symbol.

“Bluebird” opens this week at the Cinema Village in New York and the Facets Cinémathèque in Chicago. It opens March 6 at Zeitgeist in New Orleans and the Portland Museum of Art in Portland, Maine, with other cities to follow. It is also available nationwide via VOD from Amazon, Google Play, iTunes and Vimeo. “Wild Canaries” is now playing at the IFC Center in New York. It opens March 6 at the Arena Cinema in Los Angeles and the Northwest Film Forum in Seattle, and March 13 at the Cosford Cinema in Miami, with other cities and home video to follow.