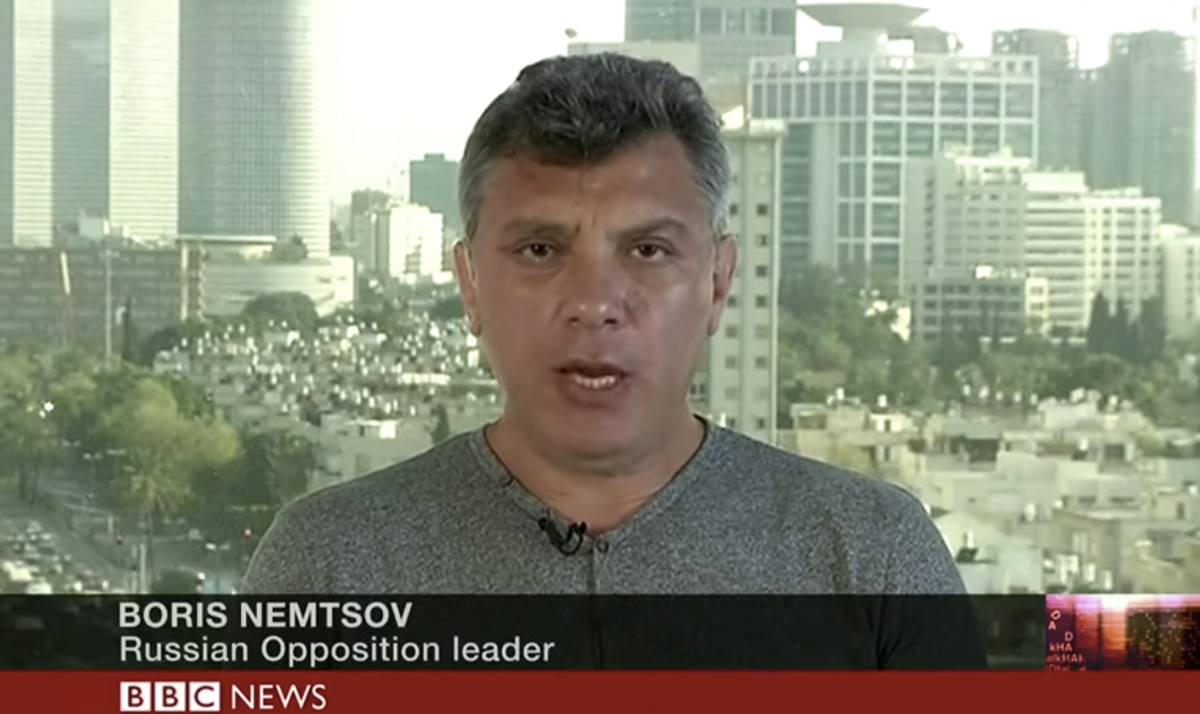 Nemtsov, a sharp critic of President Vladimir Putin, was killed early Saturday. His death comes just a day before a major opposition rally in Moscow.

The Interior Ministry, which oversees Russia's police force, said that Nemtsov was shot four times from a passing car as he was walking a bridge just outside the Kremlin.