Even now, female sexuality is defined by what men want. Is it any wonder their partners are so often unsatisfied? 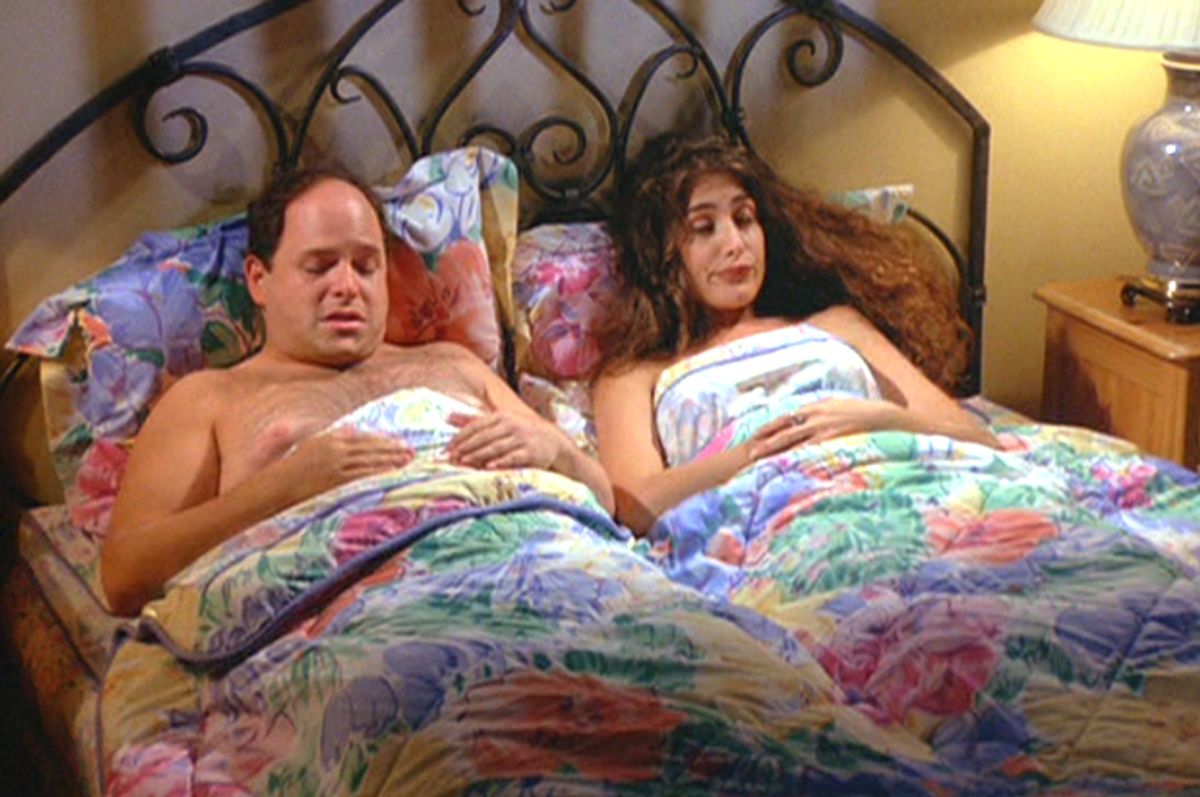 Sprout Pharmaceuticals is on the warpath. The pill company keeps applying, now for the third time, to authorize sales of a drug called flibanserin, which has been nicknamed “female Viagra,” but the FDA just keeps turning it down. Sprout would like you believe it’s just another example of conservative forces shutting down technological advances that help women realize their sexual potential.

We’ve been down this road before, with attacks on legal abortion, contraception and even laws banning vibrators for women. There’s no doubt that, despite all the advances women have made, there are still a lot of social obstacles preventing women from really enjoying their sexuality like they could. But in this case, the reality might be a lot more complicated.

Despite the “female Viagra” nickname, flibanserin actually is a very different drug from the pill that’s been the source of a billion jokes and nearly as many erections. Viagra is meant to help men who feel sexual desire but can’t get erect—often due to age or medical issues like prostate removal—get back in business. But most of what is called “female sexual dysfunction” isn’t about women who want to but can’t. As Daniel Bergner wrote in his 2013 New York Times piece on this issue, “Lack of lust, when it creates emotional distress, meets the psychiatric profession’s clinical criteria for H.S.D.D., or hypoactive sexual-desire disorder.” Women who suffer from this “lack of lust” range from 10-30% of the population of women of reproductive age.

Flibanserin is meant to fix this issue, hitting the brain with a cocktail of psychological drugs that are supposed to make the reluctant woman want to do it again. The “again” is key here, because as Bergner pointed out, the funny thing about the HSDD diagnosis is that the cause in most cases appears to be environmental, not physical: HSDD affects monogamous women in long-term relationships. Couples get together, and at first, they’re hot for each other. But after years of being together, women are far more likely than men to see a dramatic drop-off in their interest in sex. “The impact of relationship duration is something that comes up constantly,” Lori Brotto, an expert on HSDD told Bergner. “Sometimes I wonder whether if isn’t so much about libido as it is about boredom.”

It’s long been an article of faith among those who believe in “evolutionary psychology” that men are more promiscuous than women, but the blunt fact of the matter is the actual evidence on hand shows the opposite to be true. It’s women far more than men who seem to find the confines of marriage to be a boner-killer. The fact that most women do not experience this deep dive in desire after being with the same man for a few years suggests that the problem may not be monogamy itself; it may be that our culture just gives men a lot more of the tools they need to stay interested in having sex with the same woman over many years.

It’s not just magazines. Go to any mainstream heterosexual porn site and you’ll see that most of the sexual fantasies on offer are meant for men, and the best women can hope for are sexual positions that don’t look too painful for the woman. It also goes to grooming habits. Women are expected to flaunt their bodies, paint their faces, spend a fortune on hair care, shave off most body hair and even get plastic surgery if they fall short of what our society tells them men want. As Troy Patterson at Slate noted, we still live in an era where many men can barely be moved to reject ugly clothes “because they are worried about embarrassing their wives.” Getting them to dress to turn on their wives in this environment feels like moving a mountain.

But having this conversation is nearly impossible. A lot of men are already feeling emasculated by the rise of feminism. Having a national conversation about something as intimate about inequality in bed is going to make that defensive reaction deafening. Add to that the pressure put on women to do most of the heavy lifting when it comes to keeping relationships healthy. No wonder we’d rather just have a pill to fix the problem rather than ask why women have lingerie and Cosmo tips for keeping their partners interested and men do not.

The good news is that things do appear to be changing, if slowly. Sure, there was an attempt to shame men about “metrosexuality,” but only because the trend of straight men showing an actual interest in being sexy to women was taking off in the first place. Fifty Shades of Grey is causing a nationwide moral panic, but it’s also heartening to see that a movie that is all about appealing to women’s sexual fantasies is such a major hit in the first place. And the Internet has been a treasure trove of reminders that women, like men, need a little fuel for their fires, with the explosion of women’s erotica boards and Tumblrs where women collect clippings of the most female-friendly parts of porn. Sex toys aimed at improving women’s experience in bed used to be taboo and even illegal in many states, but now they’re being sold in ordinary drugstores.