This is not a democracy: How the 1 percent rigged the game

Money is speech, dollars have more influence than people -- it's time to be honest about the plutocracy we live in 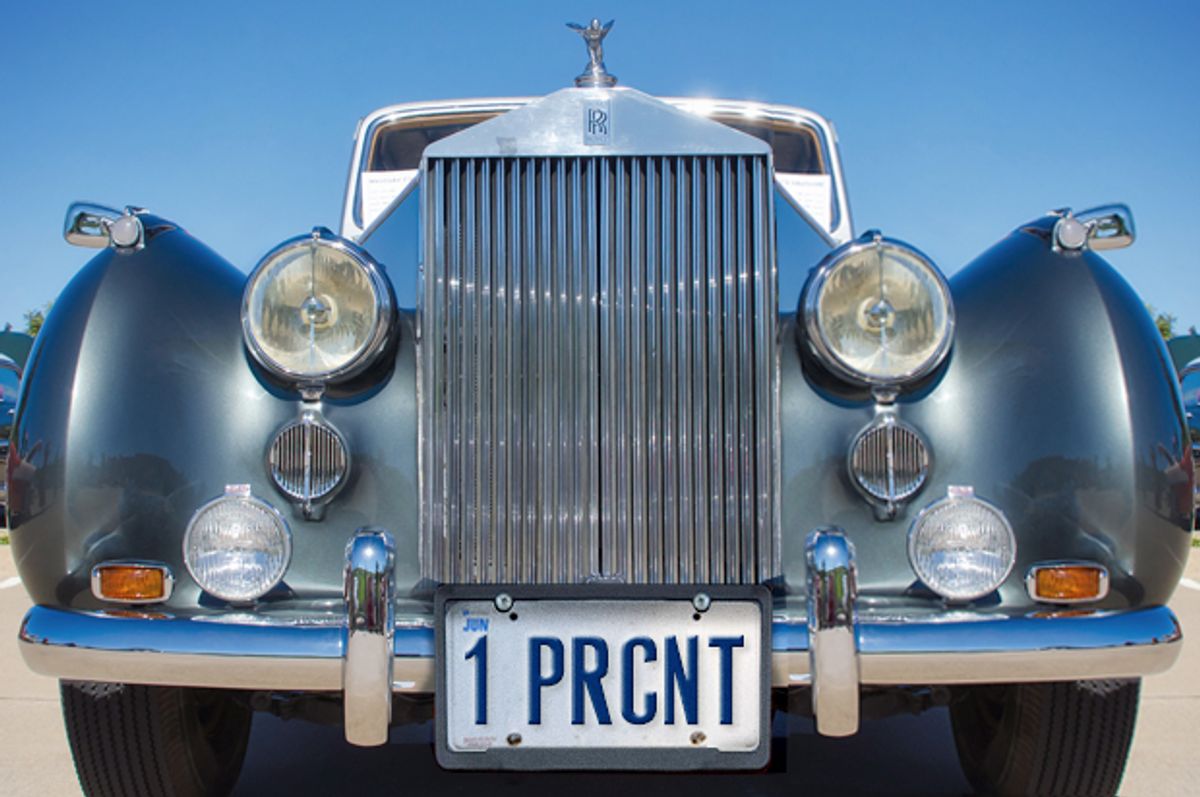 All our lives, we have been told that free markets are synonymous with free societies. That neoliberal capitalism is consistent with liberal democracy. That there is no alternative.

A little over 30 years ago, before most of us millennials were born, President Ronald Reagan prophesied that what alternatives there were would be consigned to the “ash-heap of history” by the “march of freedom and democracy.” With the fall of the Berlin Wall, global capitalism would emerge triumphant, presaging, in the immortal words of Francis Fukuyama, “the end of history as such:  that is…the universalization of Western liberal democracy.”

Four years ago this month, the partisans of freedom and democracy were on the march once more, from the streets of Cairo to the Wisconsin state capitol. Within months, youthful protesters would occupy the squares of a thousand cities, demanding “real democracy now” and declaring an end to the end of history. The occupations would become focal points for an emerging opposition to the politics of austerity and restricted democracy.

As it happened, it was not the Communist Party, but the Tea Party and the party of Wall Street that would stand in their way. Reagan’s logic, it seemed, had been turned on its head. Capitalism no longer stood for democracy. On the contrary, capital could not stand democracy.

From the financial crisis of 2008 to the present era of political paralysis, the path to democratic reform has been blocked at every turn. Between Wall Street and Washington, Congress and the courts, statehouses and city halls, the will of the many has been subordinated to the will of the few (as it has been, sadly, for much of our history as a nation).

As study after study has shown, politicians are far more attuned to the whims of the wealthy than they are to the will of the other 99 percent. A recent analysis of 1,779 policy outcomes by two leading political scientists found that, in the United States today, “the majority does not rule,” and that, “when a majority of citizens disagrees with economic elites…they generally lose,” causing the authors to question the claim that ours is a democratic society.

The class bias of American politics has not only cost us our democracy. It has also cost us our jobs, our health and our security. For years, the recovery was crippled by the politics of austerity, as a bipartisan coalition took a butcher’s knife to the public sector, and as balanced budgets took precedence over basic needs. The public option was taken off the table before the public even had a chance to debate it. Financial reform was gutted, then gutted again by unreformed bankers, together with their armies of lobbyists and their allies in the legislature.

Participation in the political process has been increasingly restricted to those with the means to participate, namely, money, time and a photo ID. Given the constraints—and the disconnect between electoral politics and people’s everyday lives—it should come as no surprise that we have seen seven years of declining voter participation. Nor should it come as a surprise that the decline has been disproportionately concentrated among the young, the non-wealthy and the non-white.

Meanwhile, the organizations that used to represent ordinary people—unions—have beaten a retreat in the face of the business offensive. Union membership has plummeted to its lowest level in 70 years, leaving workers unrepresented and corporate power unchecked. Fewer than one in nine Americans are in a union, even though more than half of them say they would join one if they could. There is no more telling statistic about the democratic deficit in this country.

The contradiction between capitalism and democracy is already becoming a live issue on the campaign trail. Some in the Clinton campaign are seeking to lure the critics back to the fold with elusive promises of a more “inclusive capitalism” (as Larry Summers likes to call it). Others, such as the self-proclaimed Occupy Democrats, look to Elizabeth Warren or Bernie Sanders to save democracy from the power of the “1 percent.” Still others look longingly for an American Tsipras, a third-party challenger who can change the game for good.

But there are no easy fixes within the framework of the present political system, in which the market is king, money is speech and dollars speak louder than words.

New interviews with 40 young activists involved in the 99 Percent movement reveal an overwhelming sense of disenchantment with our political system. If they are not voting, they say, it is because they are living, not in a liberal democracy, but in a “plutocracy” or “corporatocracy,” in which “money controls politics” and “corporations buy elections.”

As one of the occupiers put it to me, “You reach a certain point where the people who have been elected to represent you don’t represent you anymore. And it is really just beneath our dignity to continue to beg for the politicians to listen to us and not to their campaign donors.”

The crisis of liberal democracy has led many young Americans to vote with their feet and to take to the streets in nonviolent protest, from the Occupy moment of 2011-12 to the Black Lives Matter movement of 2014. But here, too, as I document in my new book, they have found the path to reform blocked, this time by the batons and the rubber bullets of militarized police forces—always a reliable last line of defense for elites who have lost their legitimacy.

In the process, the rights of the public to peaceably assemble and to petition for redress of grievances have become rights in name only. Public servants, police commissioners, and private security contractors have conspired to create “frozen zones” in America’s cities—places where the Bill of Rights is suspended, civil liberties superseded, and the most innocuous act of protest met with military-grade weaponry. Democracy cannot thrive where the demos cannot breathe.

Yet Americans need not fear the new radicalism, for it may be the last, best hope for democracy in America. Just as the Wobblies did for the Progressive movement a century ago, and as the Reds did for the New Deal coalition during the Great Depression, the radicals could give the reformers the leverage they need to defend democracy from the ravages of corporate rule. But first we will have to reclaim the basic rights that make such a democracy possible.

We have been living all our lives under the dictatorship of the free market. But that tyranny may have finally found a worthy adversary in the radically democratic imagination of a new generation.